Bitcoin Core 0.12.1 was released early this morning and the update includes several changes that have huge implications for Bitcoin scalability. The release deploys the first soft fork on the Bitcoin network to use the methodology outlined in BIP 9 (Version Bits), which allows multiple soft forks to take place at the same time.

The three BIPs (BIP 68, BIP 112 and BIP 113) included in Bitcoin Core 0.12.1 have huge implications for the Lightning Network, which many believe to be Bitcoin’s best chance for long-term scalability. Although the code for the soft fork has been deployed, miners cannot signal their support for it until May 1st.

A Huge Step Forward for the Lightning Network

The three BIPs implemented in this latest release of Bitcoin Core combine to enable relative locktime. This means that payment channelscan now be closed without a predetermined date, which would be set when the channel is initially opened. This provides more flexibility tolayer-2 initiatives, such as the Lightning Network, because users will be able to exit channels in a more timely manner.

Bitcoin Magazine reached out to Bitcoin Core contributor and CiphrexCEO Eric Lombrozo for further details on how these new changes will affect the flexibility between channels on the Lightning Network, and he said:

“It depends on the locktime duration -- it’s a tradeoff. Too short a time means not enough time to enforce a revocation (and steal back the funds). Too long a time and you risk waiting a while to force the channel to close if the counterparty is unresponsive.”
Lombrozo also added, “I’m not sure we’ve settled on an optimum value.”

According to Lombrozo, the reliability of outsourced revocation, the number of hops between channels, and other variables must also be considered. The Ciphrex CEO added, “Ideally, the locktime is never used. It’s there to prevent broadcast of revoked commitments.”

In a scenario where a user wants to close a channel and the counterparty complies, Lombrozo claims the channel can essentially be closed in the next block.

One of the key points that Lightning Network co-creator Joseph Poon has made lately (along with co-creator Tadge Dryja) is that his generalized network for payment channels turns the block size limit into an issue of users rather than transactions. This is because bidirectional payment channels with relative locktimes can theoretically stay open forever.

While it’s unclear what percentage of Bitcoin users will want to use the Lightning Network for the vast majority of their transactions, it’s clear to see that this system requires block space for opening and closing channels rather than actual transactions. Although, it should be noted that a user can also send funds in a transaction that is meant to close a channel.

If everyone were using the Lightning Network, the block size limit would be a limit on the number of users who can open channels with other users. Having said that, this scenario is unlikely as there are still reasons to use the underlying Bitcoin blockchain for reasons other than opening or closing a payment channel.

The soft fork rolled out in Bitcoin Core 0.12.1 will also not delay the deployment of Segregated Witness because Version Bits was used to implement these new features. Version Bits has implicationsfor the pace at which scalability solutions can be added to Bitcoin, and it also enables a warning system to alert older nodes when new rules are going to be activated. The new rules become active when 95 percent of miners have upgraded to the new version of Bitcoin Core. 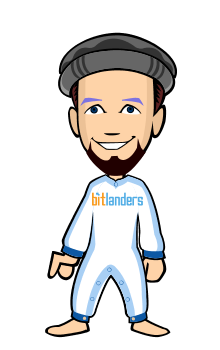