Bitcoin is the future currency

Virtual currency, or criptodivisas, are more and more frequently in the media in general. A simple definition of what is a virtual currency is that it is a "digital medium of Exchange", i.e. virtual money, and since it is relatively accepted, can be used to buy and sell products and services. The biggest difference with respect to traditional currencies is that they are not subject to the supervision and control of no Government or central transmitter, as the European Central Bank, in the case of the euro. The most popular virtual currency, and the first fully implemented, is the Bitcoin. However, is this difference resides is perhaps his biggest weakness, since the high complexity of its operation "Proof-of-work system, working test system or"POW", creates some mistrust between the common user." The currency of the Internet. The criptodivisa has returned to stabilize the price and, for that reason, according to recognized expert Victor Escudero, "the number of transactions with bitcoins has followed rising; in fact, the level of acceptance is growing." The bitcoin has become the currency of Internet and add followers. The Chief Executive of eBay, John Donahoe, has praised its merits in an interview in the Financial Times, and PayPal, the giant of digital transactions, has begun to accept its use in the United States. "The bitcoin is an alternative currency which has resulted in a technology disruption in the market. As pioneers in online payments, we know the complex which is to manage transactions globally in a regulated environment. Our goal continues to be offering maximum safety and comfort to users during your purchase, as well as flexibility and freedom of choice"said Estanis Martín de Nicolás, general manager of PayPal Spain and Portugal. Victor Escudero says that, in the near future, "we will see that more and more companies are starting to make use of this technology". 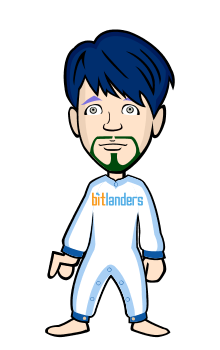