bitLanders is a parallel universe that merges Avatars, Bitcoin, Facebook, Twitter, YouTube, and WordPress into one global platform. bitLanders users can build their own unique digital celebrity with customizable Avatars that have access to premium wardrobes, hairstyles, and accessories. bitLanders embraces the traditional advertising markets of the USA, Canada and Europe, in addition to the frontiers of Indonesia, Pakistan, Mexico, Afghanistan, and Vietnam.

bitLanders ranks influencers and content creators based on their BuzzScore, a proprietary algorithm that measures the influencers’ engagement, content quality, and their reach and influence to bitLanders’ larger audience of 125 million users.

The currency of bitLanders is Bitcoin, the global digital currency. Users have the ability to exchange their Bitcoin rewards for gift cards, avatar accessories and other items through the bitLanders'’online shop. 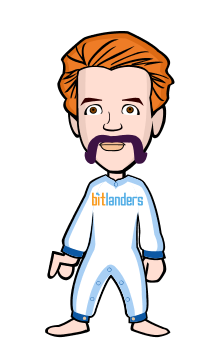