I’m sure that everyone will be fine and happy. I’ve joined bitlanders almost one week ago and I’m very happy that now I’m a part of the bitlanders leader board and my rank is also good in bitlanders. 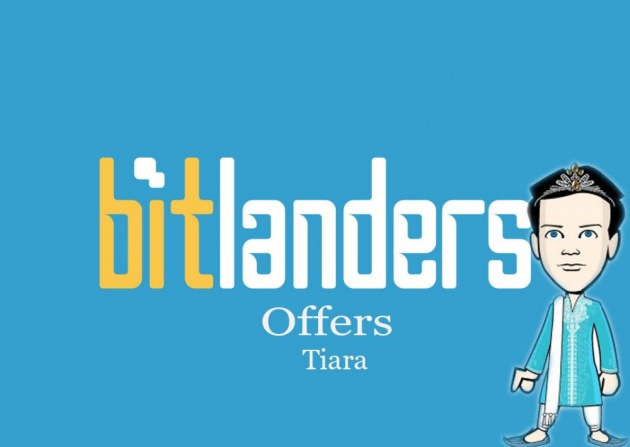 Image Credits: Bitlanders (Edited by me)

During my working experience in bitlanders, I’ve learned many things which I consider should be discussed with you. I’ve noticed many changes and new things here. Learned enough knowledge and got many new things while earning here.

So friends, today I would like to discuss following things in my blog to enrich your knowledge about

I will now start my blog by telling you a bit theory about bitlanders.

During my online working experience, I got noticed many sites on the internet for earning money. Most of them are false or those are not registered. So after wasting time and money at last I found bitlanders. My friend told me about this platform and encouraged me to work here. I found bitlanders a good platform for earning via blogging. Bitlanders is one of the best social media site which pays its users for writing blogs and giving opinions. Bitlanders has a very good rating among the online working sites and has a brilliant background. Even I found some people who have joined it almost 9 years ago. This means that platform is 9 or 10 years old.

Here is a little video which will tell you how a blog is reviewed by Bitlanders team.

Bitlanders gives its users an open option to write blogs and articles on any topic and submits them for review. After the successful review, every blog is rated with 1 to 5 stars. Bitlanders has a buzz score system which increases with blogs and influence. If you want to earn money with bitlanders, then you have to write and submit quality blogs of your own words. There is no any other method of earning with bitlanders.

Now I would like to tell you main features of bitlanders in brief.

Here are some main features of bitlanders.

A unique feature of bitlanders is known as the avatar. You can build your own customized avatar on bitlanders to show your identity. This avatar is created while setting up the profile, later on, you will be charged 2 gems for recreation or making changes in your avatar.

Bitlanders has a unique feature which is known as Leader Board. Users with high buzz score consist of the leader board. It is also known as the chart.

Here is the direct link for the leader board.
http://www.bitlanders.com/pages/chart

Every user tries his best to cross others in the leaderboard, so work more. The leaderboard is updated daily when the box is received.

Bit charity is a top feature of bitlanders which is used to donate earnings to the charity organizations. Bit charities currently collect hundreds of donations daily from bitlanders users. Users give the donation to gain bonus rewards from bitlanders.

Here is the link for bit charities page.
http://www.bitlanders.com/shop/charity

You can simply donate your earned rewards among the different organizations of your choice.

This feature is also known as the market for avatar decoration. Here you can purchase items like dress, accessories or clothes for your avatar with gems or money. Some items may have the special bonus for purchasing an item.

Here is the link for bit Fashionista page;
http://www.bitlanders.com/shop/avatar 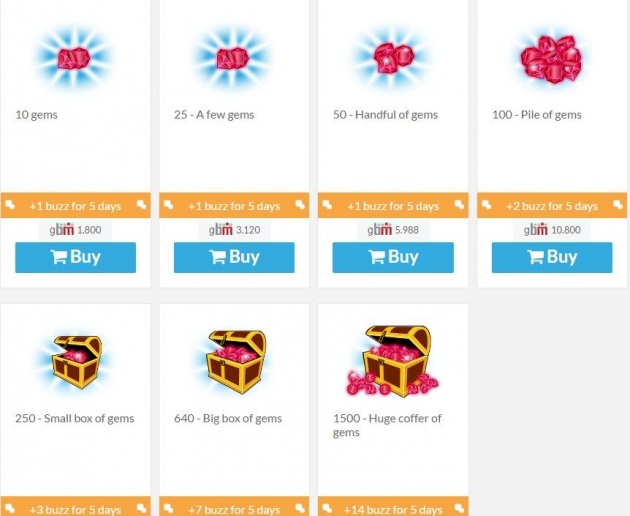 Gems are used to submit or promote blogs. You can also spend gems in the market for purchasing specific items. Gems have the magical power to enhance your avatar and to get the high score.

Gems can be purchased by visiting following link;
http://www.bitlanders.com/shop/gem

These are some common features of bitlanders. I think every old user is aware of them, but the newbie doesn't know enough about them. Hope they will be satisfied through my blog.

Now I would like to move to my next heading which is about account suspension and its reasons. 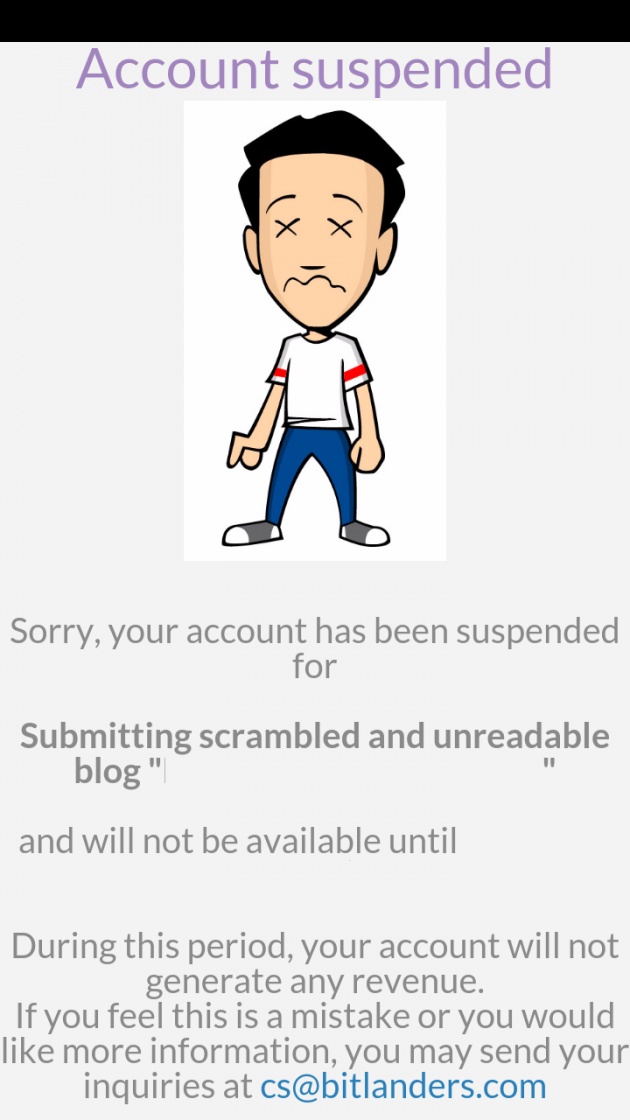 It means that if you try to submit a blog twice times then it is duplicated and may have the penalty. So always try to write a blog and submit it one time. Submitting a post multiple times becomes illegal and results in duplicated content.

It means that if you post a blog about some specific topic which is not allowed then it becomes illegal. Don’t try to write explicit sexual content because it is also illegal and may result in account suspension.
Posting wrong information is also illegal.

Some users try to gain more subscribers to ask others to subscribe them to global chat or comments. Some users also try to gain more buzz on their content by asking other users to buzz them. This is known as spamming and it results in suspension of the account.

Some people try to steal material of blog from other sites of the internet which result in account disabling. It is strictly forbidden and not allowed anymore.

These are some main reasons for account suspension or blockage. Everyone should try to avoid it. Now I would like to tell you about account verification and why it is important. 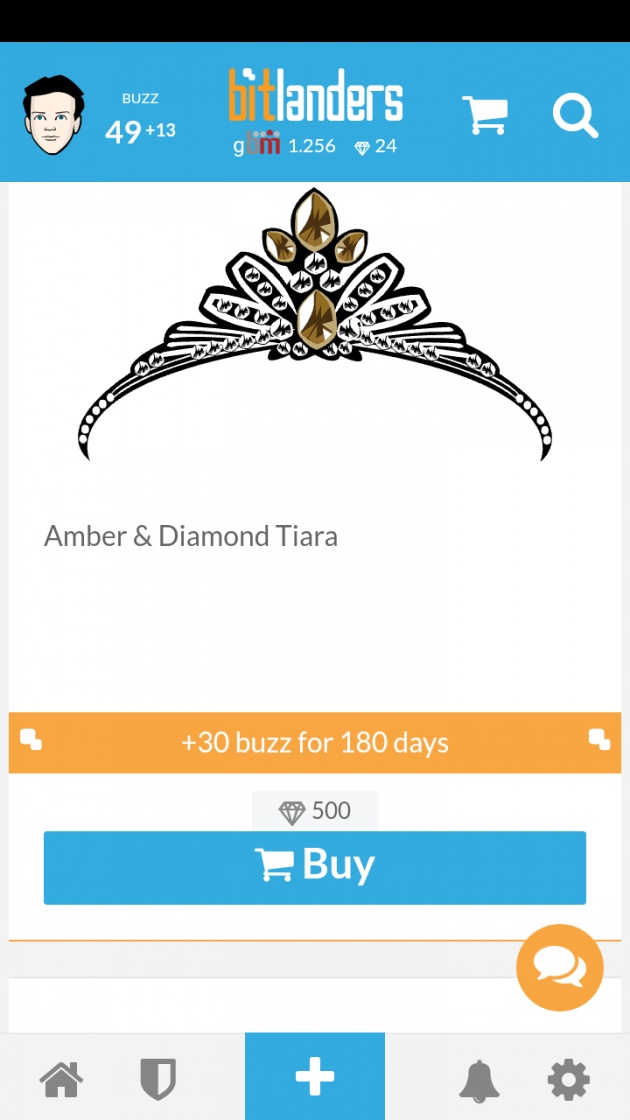 On Philippines Independence Day 12th June bitlanders announced a special bonus reward for its users which was known as the tiara. This is a special type of crown which is presented on the market for 24 hours. It can be purchased by anyone who may have enough credit. Users can also top up their credits through PayPal or Payeza. The crown will consist for 180 days and will give you 30 buzz bonuses. The crown helps users to earn extra money from bitlanders. Users will have more buzz score through it. The tiara has a magical power which is well known by old users.

Here is a video to earn bit miles in bitlanders; Watch it and learn to collect rewards.

In last I would like to say that bitlanders is one of the best platforms for earning money. It is trusted the site and you can earn easily enough cash here. It is up to you that how you use it. I’m sure my blog will be liked by users. Please do comment below your opinions. Thanks for spending time here. 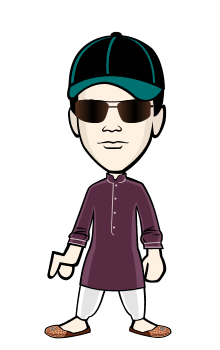