bitLanders is a kind of platform which has been vocally supporting sports and had even applied this love of sports into its community. It has been encouraging its communities to be involved in these specific sports and in the sports events as well.

Let me also share that when I learned who the owner of this site is, I had immediately look up to him after reading an article that he is a philanthropist. Even more, I learned as well that he is a black belt Judo instructor at the New York Athletic Club. He is indeed a sporty person and you all know sporty people, they have the discipline and the sportsmanship kind of attitude towards every aspect of their lives. I had even looked up to him after I had began donating as well through the bitCharities. This person is indeed a good man.

But going back to the sports matter, aside from bitLanders supporting Judo since it is the sport which Francesco Rulli, the owner has been passionate about, the site had also opened up to other possible sports to support. By the way, bitLanders had just mentioned four days ago that the New York Athletic Club where Francesco is an instructor is again supporting the New York Judo Team Tournament on March 20, 2016. Read more about it here below:

And we can also vote for our favorite judo team here:

And since the bitLanders community has a lot of users from certain countries where the sport called Cricket is very famous of, the countries such as Pakistan, India, Sri Lanka, Bangladesh, Afghanistan, Australia, UK, Ireland, Scotland, South Africa, West Indies, Zimbawe, Kenya, and the United Arab Emirates, bitLanders had started supporting this kind of sport as well.

And a high tech Television Introduction of the 2015 Cricket World Cup:

A glimpse of Cricket

Cricket is a bat-and-ball outdoor game played by two teams of 11 players each. They play on a field with a rectangular 22-yard long pitch at the center. Each team takes its turn to bat and attempt to score runs. Each turn is called an innings. The game was invented in England, where it is still largely popular, as well as in Australia, South Africa, and India.

Last year, bitLanders decided to cover the 2015 Cricket World Cup with a daily coverage of all the games results. It was hosted by Australia and New Zealand from February 14, 2015 to March 29. Fourteen teams competed in 49 games. The championship took place at the Melbourne Cricket Ground.

The ICC Cricket World Cup 2015 was a memorable one because it has been hailed by the chairman of the International Cricket Council as "the most popular in history". That is really intriguing so checking on the reasons, let's look on why it has been hailed as one.

1. The Championship game was played over 93,000 spectators.

2. It has been hosted and delivered successfully by the co-hosts, Australia and New Zealand.

3. It has many thrilling highs and magic moments .It's digital enhancement has attracted an unprecedented 36 million unique visitors to its website to date and has accumulated over 300 million page views.

4. It's official tournament app has been downloaded more than 4.5 million times and has been the number-one sports app in no fewer than 48 countries.

With the said event hailed as the most memorable and most popular in the history, here are some of the game highlights which has made it to be the best so far.

Semi final between India and Australia:

The highlights of the championship between Australia and New Zealand: A coverage of the finals: 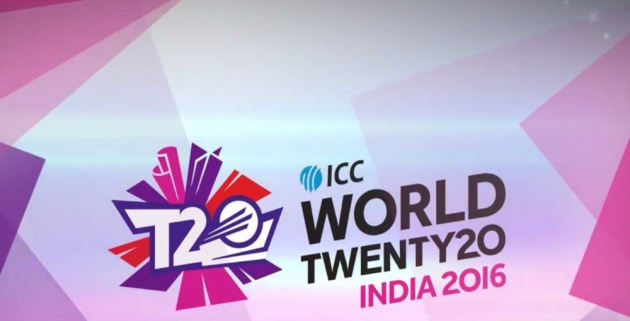 Together with the coverage, bitLanders also had presented special Cricket outfit available for all the bitLanders users' avatars. Here's last year's avatar options:

This year, bitLanders is again preparing for the upcoming 2016 Cricket World Cup in March with a bunch of available avatar costumes and accessories.

Everyone in bitLanders were all excited about it specially those who are in the countries where the said sport is really famous like India and Pakistan. Plus there are additional buzzes which we can get from buying these uniform outfits.

An avatar is a specific icon or figure representing a particular person in computer games, Internet forums, etc. A bitLanders avatar is also a figure which represents yourself rather than showing your exact face in your profile. I like the fact that I can place a cartoon representation of myself instead of my own body and face though.But I had also made sure that my avatar would fit how I look personally. That is why I have a curly hair in my avatar. The avatar can be manipulated specially the characters' facial look. But other than that, we also have the option to change our outfits and costumes.

bitLanders had given us the option to get items for free or buy the paid ones for either a number of gems or an amount of bitcoins.

For the special edition of the Cricket World Cup, bitLanders came up with 14 sets of outfits for all the participating teams. These items are up for grabs for specific number of gems. Gems can be purchased from the bitGoodies shop for an amount of bitcoins. Once you got to purchase some gems and they have been delivered to your inventory, you can then purchase the avatar outfits.

The outfits composed of a blouse, a trouser and a helmet. Aside from that, a bat is also available to be purchased. Here are the images to show you how cool your avatars will be after purchasing them.

But to purchase these uniforms outfits, you have to navigate over to the bitFashionista section of the shop. You may immediately click the down arrow to select the Cricket category.

Now note that the ladies would have a different set of costumes compared to the guys. Here are for the ladies:

Here are some of the costume outfits for the guys:

And since I have a lady profile, I got to change my outfit as follows: 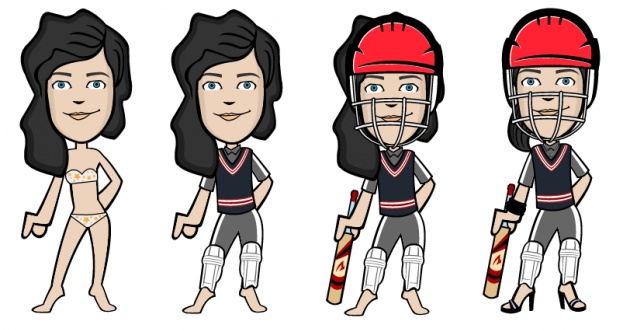 Actually, I get to change outfits every now and then. I am hopeful that we can store lots of costumes in our inventory so that whenever an item is available, I can just hoard and save them up for future events like this. But since there's a limited number of items that we can store, I would always keep those ones which are really close to me like the cricket uniform of UAE.

Here's a video showing how I got my costumes changed:

In line with this, are you all excited for the upcoming 2016 Cricket World Cup? Because everyone here is already excited. Get dressed into your favorite cricket uniform and join the Cricket celebration here in bitLanders!

Check out other related blogs about cricket:

Jean Beltran's How I Learned About Cricket