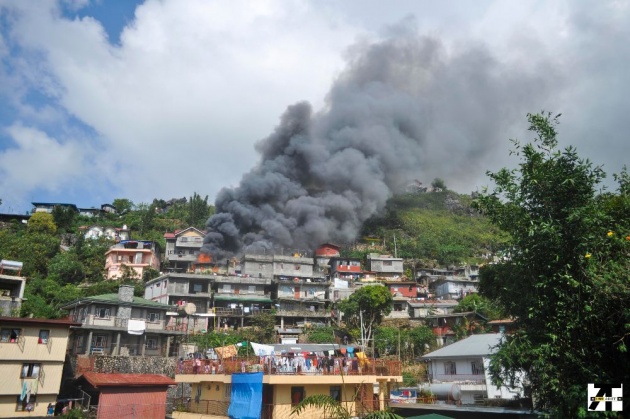 This was a fire that happened November 6, 2012.  It was around noontime when the fire broke out.  This picture was taken around 1:41 pm when there was nothing more to be done.  As you can see in the picture, the smoke was already thick and black.

According to the report (rumor), the old lady who was staying in that house was out at that time.  Apparently, there was an electric shortage or something that started the fire.  The old lady lived alone.  Thankfully, no one was harm from the fire. 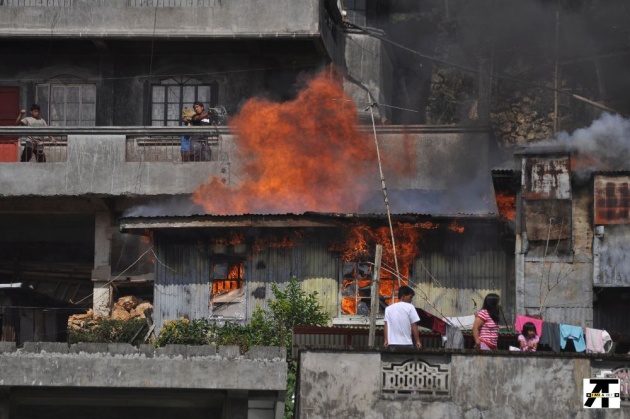 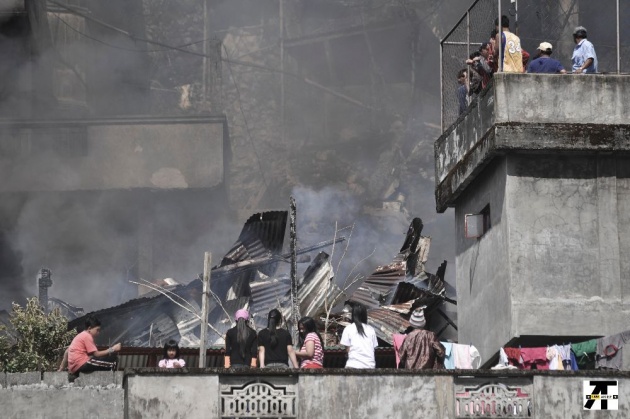 The house burned down after a few minutes.  The last picture above was taken at 1:45 pm.  Firefighters arrived while the fire was in rage but it was too late.  All they can do is see to it that the fire will not spread.

I was busy taking pictures of the incident, clicking here and there.  This picture caught my attention when I browsed through the pictures I took. 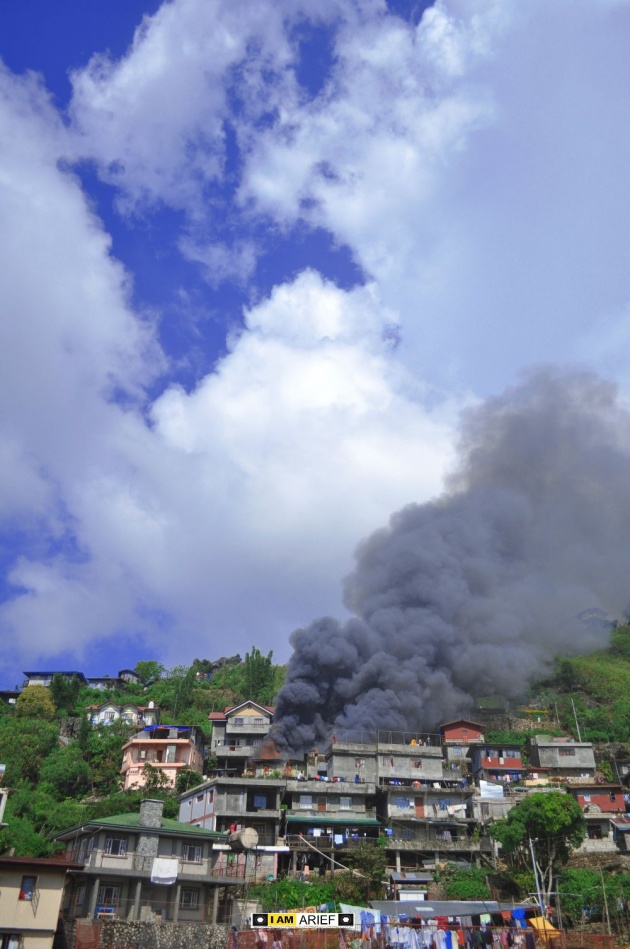 I don't know if you can see it but notice the clouds.  Can you figure out something?  Like a figure of a man looking down to the houses below?

I want to believe that God is watching that day just as how he watches every day.  He watches over us no matter what happens.  We may question why He allows such tragedies or suffering in our lives but one thing is for certain:  He never leaves us.  We have to trust and have faith in Him.  Things in this world are temporary.  Rejoice in the truth and knowledge that this world will pass away but we will be with Him for eternity.

2015: A Sort of Review This is a delayed review of some sort of things that happened in the year 201…

BLOG #242: Conversaty: A Place to Watch Discussions and Interviews

My journey with bitlanders for a year According to the leaderboard, as shown above, I have been wi…