Buzkashi is a traditional sport of central Asia which is hold in spring and autumn in all Central Asia countries. It is a traditional sport of Tajiks, Uzbeks, Kirghiz, Kazakhsand more other ethnic groups.  This sport is done by special horses which are trained for, and professional athletes. Its time and manner of creation is vague with different legends, but it is clear that is created and grown in the both sides of Amu Darya, an immense river in the central Asia.

Buzkashi boys is a movie which is made by American movie makers in Afghanistan, as Buzkashi is a national, traditional and historical sport in Afghanistan.

Buzkashi means to carry the goat. It is done by teams of horse riders with a goat. The sport has two champions, the horse and its rider. At first, a goat that is about 30 to 45 kilo grams, is killed 24 hours before the game. Its belly is opened and the inside cleans, the goat’s feet cut from the knee and then put into cold water for twenty four hours that its pelt gets strength. Sometimes put stones in the corpse of the goat to make that heavy. Sometimes, a calf is used instead of a goat. The horse rider of this sport is called Chaap Andaz in Persian. It is done by two or several teams. if It is done by two teams; the numbers of every team’s horse-riders are ten, but if the there are several teams, the horse riders of each team could be just five. It is also possible that game holds individually, that huge numbers of horse-riders compete together and everyone tries to get score by itself. Individually competition is called tooda barayi in Persian which means coming of a crowd or game by a crowd. 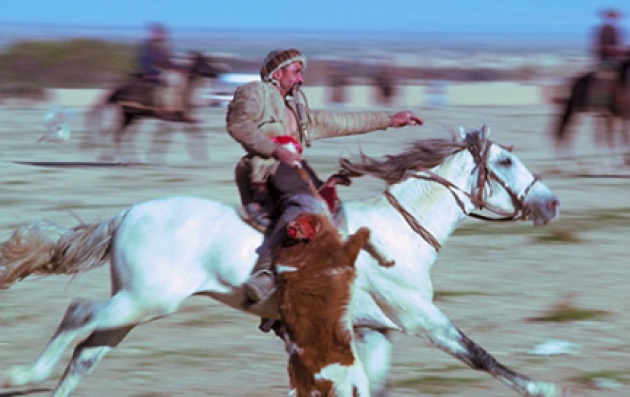 The game’s field is not determined, if it is square it should be 350 to 350 meters and if the ground be rectangular it should be 300 to 350. The flag and Helal Circle are two very important positions in the game field that are located in front of each other. Rarely, there is another circle that the goat or calf is in and the game start from, it is called the pickup circle, but usually, Helal Circle is used as pickup Circle to start the game from. At first, the horse-riders of the game encircle the circle to pick up the corpse of goat or calf, pass it from the flag and return it to the Helal circle. In the competition, all try to take the corpse and pass themselves to get score. If anyone manage to pass the corpse from the flag could get one score and if could pass from the flag and return it to the Helal Circle, could get two scores. 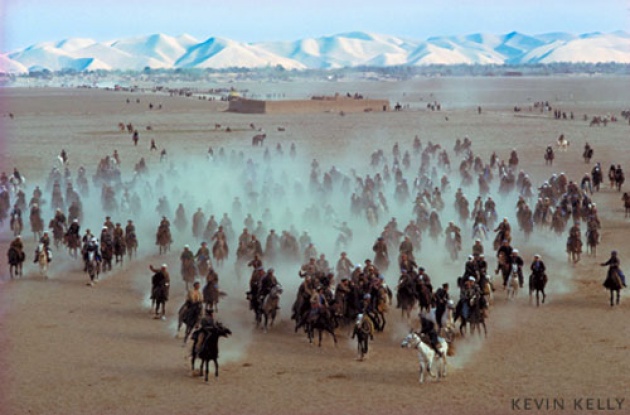 According to the game’s regulations, it is banned to take the corpse under the leg on the horse, hit horse-riders by whip, tying the corpse on the horse and grabbing unnecessary to the corpse. 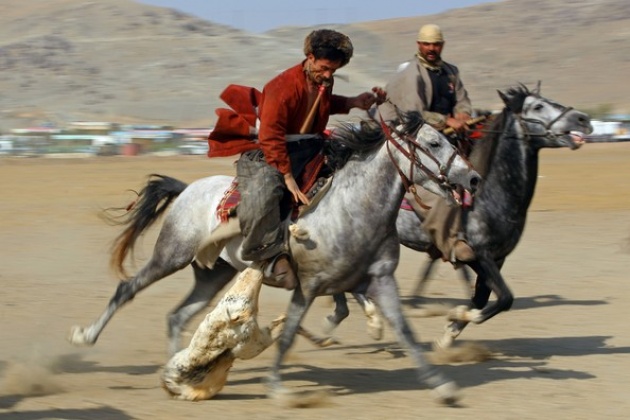 The Buzkashi horses cost too much. They need special trainings and protections. The Buzkashi competitions hold in nationals’ ceremonies, weddings, parties and so more. There are also tournaments and formal competitions too. 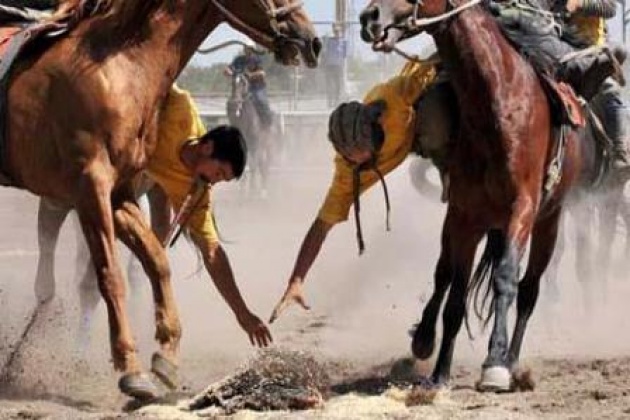