C-Blogging Dora and the Lost City of Gold 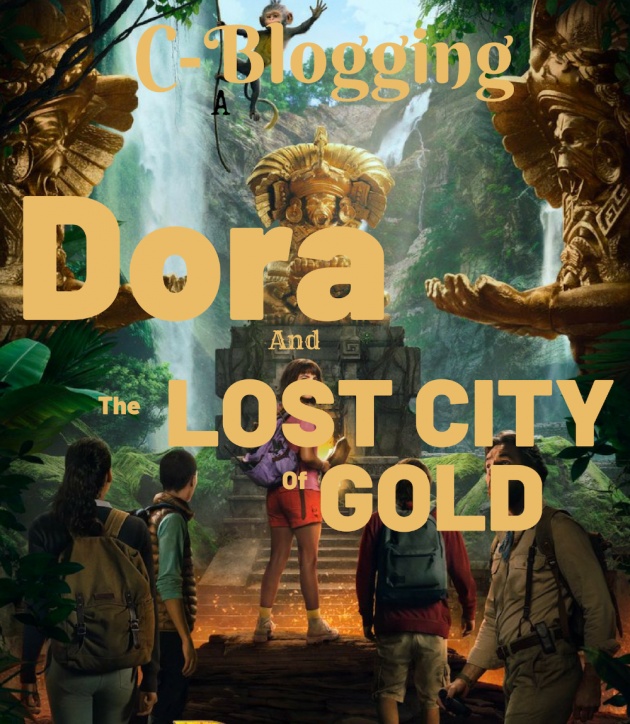 C-Blogging Dora and the Lost City of Gold

Blogging in Bitlanders is life changing. Although it took me quite some time to learn C-blogging via Bitlanders, It was a glorious experience.

I love watching movies. And Bitlanders has given me the medium to write a movie review. I’m grateful!

Dora and the Lost City of Gold movie were adopted from Nickelodeon’s Dora the Explorer.  Nickelodeon has been putting a smile on us and our children.

This movie presents a rare opportunity for both parent and their children to enjoy family time together.  It is a movie centred on a family relationship. At the same time, the movie links the typical life of a girl that grew up in the jungle.

How the environment she grows from influence her lifestyle. The environment makes her a fun person to be with!  Even though Dora struggles to fit into school with other children, she’s fun to be with. This continued until the unexpected happened.

The movie industry has seen a lot of storylines adopted from the comics. Dora and the lost city of gold is no exception. Despite living in an era where two tycoons in the movie industry are dominating the big screen for the past 10 years, the Marvel Comic Universe and DC-Comics.

I strongly hold on to the opinion that Dora and the Lost City of Gold is a good film to watch when it hits the cinemas 2 August 2019 in the US.

Depicting from the movie official trailer. Dora and the Lost City of gold are adventure packed, fun and amazing. It’s totally a wonderful moment guarantee!

A fun fair for all age groups. A family movie to foster unity.

The film features a clash between school kids and their captors in finding a lost city that may not have existed.

The movie stars Isabela Moner who is the lead character, Michael Pena from Ant-man and the Wasp Eugenio Derbez from Geostorm  and many more.

While you are still at it, please enjoy the querlo

Dora is a teenager that has spent most of her life with her parents exploring the jungle until she finds her self in an urban school environment first time.

She was trying to fit in until when her parents got capture!

Dora and her group of friends must rescue her parents and locate the lost city of Gold. The movie does not only limit to a rescue mission but also solving the mystery of the Lost City of Gold.

Dora soon returns on an adventure in a world she knows best.  Navigating the jungle became an easy task as she was raised in the jungle after all.

Dora and her group of friends encountered so many obstacles locating the Lost City of Gold.

Its’ not just on an adventure to find a forgotten kingdom, but also to find her kidnapped parents.

An entire civilization called the Inca Empire is considered to have been the most advanced and developed Empire before Pre-Columbian America. The Inca empire was lost and Dora must find it in order to save her parents.

The movie Dora and the lost city of gold have promised to be a movie full of adventure, danger expected, and full of physical danger. This is one of the best adventure trailer of 2019 thus far!