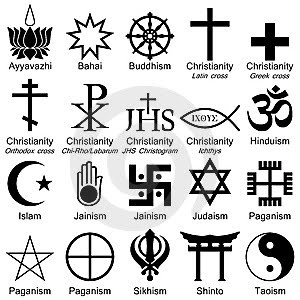 “We recognize and celebrate the values that are shared across religious traditions,” said UN General Assembly President Nassir Abdulaziz Al-Nasser at event to mark the end of the annual World Interfaith Harmony Week, which was established by Member States through a resolution adopted by the Assembly in 2010. “The common principles form a common ground that unites us in our rich diversity,” said Mr. Al-Nasser, noting that the UN was itself established in pursuit of universal values such as peace, freedom, human rights, dignity, and the oneness of humanity, which are also espoused by many of the world’s religions. ‘Common Ground for the Common Good.’ The common ground includes respect for human rights; affirmation of the equal value of all human beings; the importance of compassion and service to others; and the universal aspiration for peace, said Mr. Al-Nasser noting that these are also principles of UN Charter. The UNGA President also announced that he will on 22 March convene a one-day thematic debate in the Assembly on “fostering cross-cultural understanding for building peaceful and inclusive societies,” which, he said, will draw on the discussions at last year’s 4th Forum of the UN Alliance of Civilizations in Doha, Qatar. See Film Report – “Alliance of Civilizations – Doha” -http://diplomaticallyincorrect.org/films/movie/alliance-of-civilizations-doha-qatar/29432 Religion as Excuse for Conflict/War: Deputy Secretary-General Asha-Rose Migiro noted that although faith is “the glue that often bonds communities and cultures around the world,” it was too often used as an excuse to emphasize differences and deepen divisions. “Only by finding common cause in mutual respect for shared spiritual and moral values can we hope for harmony among nations and peoples” Read: - “’Holy War,’ With or Without God” - www.filmannex.com/posts/blog/blog_posts/holy-war-with-or-without-god-by-ambassador-mo/17267 Speak Out Against Intolerance & Extremism: She urged the interfaith community to speak out against extremism, advance tolerance, and stand firm for social justice, dignity and mutual understanding. “Today’s event is testament to the benefits we can all derive from coming together and learning from each other.” Read: - “Combating Religious Intolerance” - www.filmannex.com/posts/blog_show_post/combating-religious-intolerance-by-ambassador-mo/36890 By Ambassador Muhamed Sacirbey – Follow@MuhamedSacirbey Facebook Become a Fan at “Diplomatically Incorrect” Twitter – Follow at DiplomaticallyX