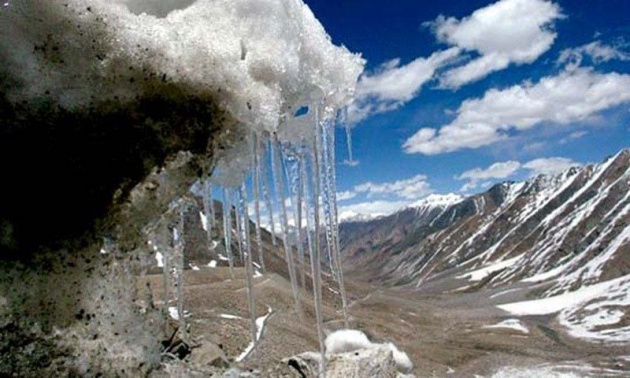 PARIS: The glaciers of western Canada, one of the world’s most picturesque mountain regions, are likely to largely melt away over just three generations, scientists said on Monday.

By 2100, the glaciers of Alberta and British Columbia are set to shrink by 75 per cent in area compared to 2005 levels, and by 70 per cent in volume, according to their predictions.

But in two out of the three regions that were studied, the decline could be even more dramatic — over 90 per cent.

The loss will hit many sectors, from agriculture, forestry and tourism to ecosystems and water quality, the investigators warned.

The study, published in the journal Nature Geoscience, was headed by Garry Clarke, a professor at the University of British Columbia in Vancouver.

“The disappearance of (the) glaciers... will be a sad loss for those who are touched by the beauty of Canada’s mountain landscapes,” Clarke said.