Cautious and Analytical by Matthew Gudwin

As a result of our character’s first business opportunity, another life lesson was learned.  He was extremely ambitious but also inexperienced and as a result lost today’s equivalent of around $200,000.  This failure, in retrospect, taught him to be more cautious and analytical.  Our character was to take charge of a textile factory that was to be built and was to manufacture artificial silk.  After the plant was set up in an old warehouse near Cairo our character was nervous because of deflation.  His thinking came from an idea or possibility that prices might drop before the cloth was ever made so he decided to sell the company prematurely.  Instead prices rose and he lost out on this moneymaking opportunity.  His father assured him that it could be a good thing to have bad experiences.  We all learn from our mistakes. 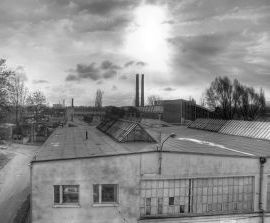 This is an interesting idea and one that I have considered before, the thought of good from bad.  It teaches us to pay better attention to details and motivates us to do better and grow from the negative experiences.   It is a lesson that in business or in life separates the men from the boys.  To go out and work harder after adversity shows your strong character.  To sit around and wait for the bus is not productive.  We ultimately shape our own fate or destiny by our actions or non- actions.

He realized that he must team up with his younger brother who he has always connected with.  He stated “I must be with him, for together we are capable of anything.  We can conquer the world.”

This set up our character’s opportunity to improve his knowledge and experience in the banking and business world.  His father sends him and his younger brother to London where they take on an apprenticeship.  March of 1948 our character arrived in London and began training in the business of banking at Hambros; a British bank.

Stay tuned for our next episode Twenty-three and Determined as we delve head first into his hands on training of letters of credit, stocks and so forth.  Have a great weekend wherever you are.  I plan to go out and experience something new this weekend.  Hope your weekend will also be both enjoyable and productive.