Charles Darwin: Evolution and the story of our species

The man who struggled with his own ideas

Charles Darwin's theory of evolution by natural selection made us rethink our place in the world. The idea that humans shared a common ancestor with apes was a challenge to the foundations of western civilisation.

Darwin kept silent for 20 years before going public and was only half joking when he described writing his book 'On the Origin of Species' as 'like confessing a murder'. This is the story of one man’s struggle with the most radical idea of all time.

Born into a free-thinking family

Charles Robert Darwin was born in Shrewsbury, Shropshire, the fifth of six children of wealthy and well-connected parents.

The young Charles had a quietly Christian upbringing, but his family life was one of openness to new ideas. His grandfathers had both been important figures of the Enlightenment: Josiah Wedgewood, industrialist and anti-slavery campaigner, and Erasmus Darwin, a doctor whose book ‘Zoonomia’ had set out a radical and highly controversial idea - that one species could 'transmute' into another.

Following in the footsteps of his father and grandfather, Darwin secured a place at Edinburgh University to study medicine.

He did not make a good medic. This was long before anaesthetic, and Darwin found the brutal techniques of surgery too stomach-churning to handle. But there was an upside. Edinburgh was one of the best places in Britain to study science. It attracted free thinkers with radical opinions that would not have been tolerated in Oxford and Cambridge. Among other things, Darwin heard speakers talk about the latest theories of transmutation, as evolution was then known.

Abandoning plans to be a doctor, Darwin now considered a career in the Church. Aged 18, he went to study Divinity at Cambridge.

Though he held fairly conventional beliefs in God, Darwin wasn't particularly keen on this new direction. But training to be a clergyman meant he had plenty of time to pursue his real passion: biology. He spent much of his time collecting beetles and walking on the Fens. He graduated in 1831 but before he could take a job as a cleric, the chance of a lifetime would come his way.

Setting sail around the world

Darwin’s tutor at Cambridge recommended him as a ‘gentleman naturalist’ on a voyage around the world on HMS Beagle. Darwin jumped at the chance.

Over the following five years, Darwin visited four continents, spending much of his time on land collecting specimens and investigating the local geology. He also had long periods with nothing to do but read and reflect. Books such as Charles Lyell's recently published Principles of Geology had a profound impact, making him think about slow processes which occur over vast periods of time. During the trip, Darwin also suffered terrible sea-sickness – the start of a life dogged by illness.

Leaving South America behind, HMS Beagle made a five-week stop at the Galapágos Islands, 600 miles off the coast of Ecuador.

The Galapágos archipelago is a collection of small volcanic islands, each with a distinct landscape.Contrary to popular belief, Darwin did not have a great eureka moment on the Galapagos. He studied finches, tortoises and mockingbirds there, although not in enough detail to come to any great conclusions. But the steady accumulation of observations was building up.

Home again, Darwin showed his specimens to fellow biologists and began writing up his travels. A powerful, elegant idea began to emerge in his mind.

Darwin saw how transmutation happened. Animals more suited to their environment survive longer and have more young. Evolution occurred by a process he called 'Natural Selection'. Darwin struggled with the idea; it contradicted his Christian world view. His grandfather had been ostracised for writing about transmutation and he feared the same fate. He decided to gather more evidence before going public. In the meantime, he made his name by publishing an account of his travels.

Illness had been a recurring feature of his life. He had spent long periods shut away at home, nursed by Emma. Historians offer many explanations for Darwin's symptoms. Some suggest tropical disease. Others argue his symptoms were largely psychosomatic, brought on by anxiety. Periods of sickness often coincided with stressful events. His health would grow worse when the time came to go public with his new theory.

The letter that lit a fire

By summer 1858, Darwin had written a quarter of a million words on evolution – and published none. Then a letter compelled him to go public.

Alfred Russel Wallace was an admirer of Darwin's. Inspired by the Beagle voyage, Wallace set off travelling. He independently arrived at a theory of natural selection and wanted Darwin's advice on how to publish. Darwin realised that if he didn't go public quickly then Wallace would take credit for the new ideas, but Wallace was abroad and uncontactable. This left Darwin in a moral quandary. As well as agonising over whether to speak out, he had to decide how to treat Wallace fairly.

Darwin and Wallace rewrite the theory of evolution

Darwin finally went public with his groundbreaking theory of evolution by natural selection, while making sure that Wallace received some credit.

Darwin's ideas were presented to Britain's leading Natural History body, the Linnean Society. After consulting with colleagues, Darwin agreed that extracts from his and Wallace's papers should be presented at the same meeting. Wallace, on his return, accepted that Darwin had treated him fairly. But Darwin missed the presentation. A private tragedy struck: his son died of scarlet fever, aged just 18 months.

Still wracked by doubt, Darwin finally published his new theory of evolution. It would become one of the most important books ever written.

Darwin described writing it as like 'living in Hell'. He dreaded losing his reputation, as his grandfather Erasmus had. Charles did draw fierce criticism from the Church, and from some parts of the press. Many people were shaken by the book's key implication: that human beings were descended from apes, though Darwin only hinted at it. However, some were now willing to listen to evidence for evolution – especially from a leading figure like Darwin.

Evolution on trial at Oxford University

Darwin was reluctant to defend his ideas in public. It was left to others – notably a young biologist named Thomas Huxley – to take up the fight.

In the 19th Century, scientific talks were popular entertainment and any debate about evolution was sure to draw crowds. Huxley's most famous clash came at meeting of the British Association for the Advancement of Science. In what many saw as a key battle between science and God, Huxley went head to head with Bishop Samuel Wilberforce and his Biblical account of creation. Both sides claimed victory. The debate has become part of the Darwin legend and shows how his ideas shook Victorian society.

Darwin wrote a warning about close relatives having children, buried in an obscure botanical textbook. He was already worried about his own marriage.

Darwin and his cousin Emma had ten children and Charles was a devoted father. Yet the couple had now lost a son and two daughters, and nursed others through illness. Darwin knew that orchids were less healthy when they self-fertilised and worried that inbreeding within his own family may have caused problems. Yet when Darwin lobbied to add questions on cousin-marriage to the 1871 census he was refused. Queen Victoria had married her cousin, and Darwin was challenging another taboo.

Survival of the fittest

Origin of Species was a bestseller worldwide and went into multiple editions.

With each new edition, Darwin strengthened his arguments. By responding to critics, he was able to build a more robust case. For the 5th edition he introduced the phrase 'survival of the fittest', borrowed from philosopher Herbert Spencer. The phrase has become shorthand for Darwin's idea. Unlike 'natural selection', it doesn't imply a divine being selecting anything. Darwin now described himself as an 'agnostic' – a term coined by Huxley.

Darwin publishes 'The Descent of Man" 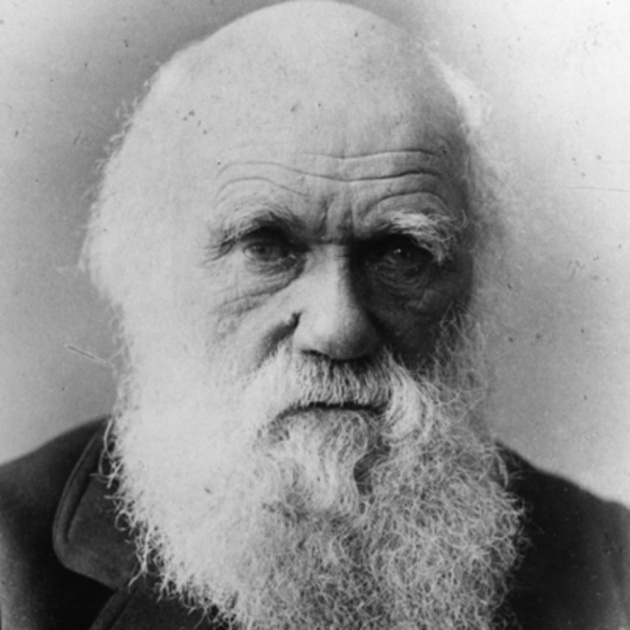 More than a decade after his 'Origin of Species', Darwin found courage to publish ideas he had once only hinted at.

In 'The Descent of Man' he presented an unequivocal account of human evolution. The book was another challenge to Christian orthodoxy. Yet in the decade since Darwin had gone public, his ideas had gained acceptance. Victorian society remained deeply divided about the idea that humans shared an ancestor with apes, but many respectable thinkers were now ‘Darwinists’.

Still troubled by ill health, Darwin worked until the end. He died a virtual recluse, surrounded by his wife and a few devoted friends.

In his final months Darwin was tended by Emma, who had stood by him despite their differences in religious belief. Realising that his powers were fading, he described his local graveyard as 'the sweetest place on Earth'. Yet his followers, including the indomitable Huxley, had grander plans. He was buried at Westminster Abbey. 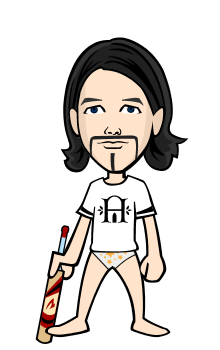