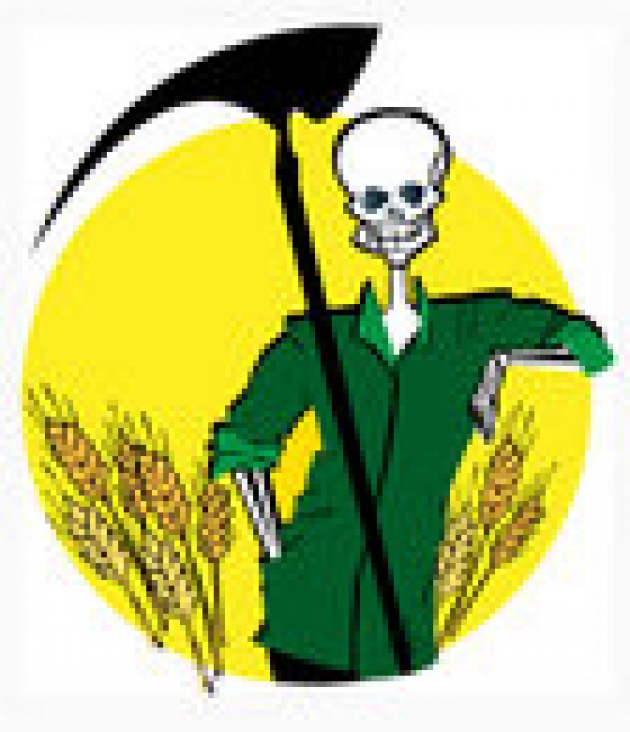 Muhammad died in 632 A.D. as the result of eating poisoned lamb.

Jesus died on the cross in 33 C.E. from a rupture of the heart.

Buddha died in 543 B.C.E. from a body reaction to a dish of wild mushroom.

Confucius died in 479 B.C E. shortly after the death of his two sons.

Christopher Columbus died in 1506 C.E. from a heart attack.

Albert Einstein died in 1955 C.E. from a rupture of an aortic aneurism.

Galileo Galilei died in 1642 C.E. after suffering a fever with heart palpitations.

Augustus Caesar died in 14 C.E. of old age although there are some rumors that his wife Livia posioned him with figs.

Constantine the Great died in 337 C.E. after getting sick shortly after Easter.

Martin Luther died in 1546 C.E. after years of suffering various maladies such as constipation, hemorrhoids, Meniere's disease, a cataract in one eye, kidney and bladder stones, arthritis, and a ruptured ear drum.

George Washington died in 1799 C.E. after a brief illness believed to be a serious throat and lower respiratory infection.

Karl Marx died in 1883 C.E. from bronchitis and pleurisy.

Genghis Khan died in 1227 C.E. from unknown causes. Some historians believe that Khan fell of his horse and died from injuries and other scholars ascribe his demise to fighting against the Tanguts.

Alexander the Great died in 323 B.C.E.  in the palace of Nebuchadrezzar II of Babylon from a mysterious illness.

Napoleon Bonaparte died in 1815 C.E. from either stomach cancer or arsenic poisoning.

Adolf Hitler died in 1945 C.E. after taking a cyanide capsule and shooting himself in the head.

Oliver Cromwell died in 1658 C.E. from a urinary/kidney infection.

Ludwig Van Beethoven died in 1770 C.E.  as a result of lead poisoning.

Michelangelo died in 1564 C.E. after suffering from a slow fever.

William the Conquerer died in 1087 C.E. from complications from a wound received in a siege on the town of Mantes.

Sigmund Freud died in 1939 C.E. from cancer of the jaw, heart failure, and an overdose of morphine administered by his doctor.

Lenin died in 1924 C.E. from either a stroke or syphilis.

How to Get Over a Bad Day

"Hey buddy! Are you having a bad day?" Photo Source: Shona Sibary(huffingtonpost.co.uk) Everyone ex…