For five years, SM City Cebu had been showcasing a spectacular view in the Northwing side of the said mall. For the Cebuanos, this view has been seen each year and that it has been a spot of selfies and photographs but it has deeper meaning and bigger reason why this certain miniature village has been established. 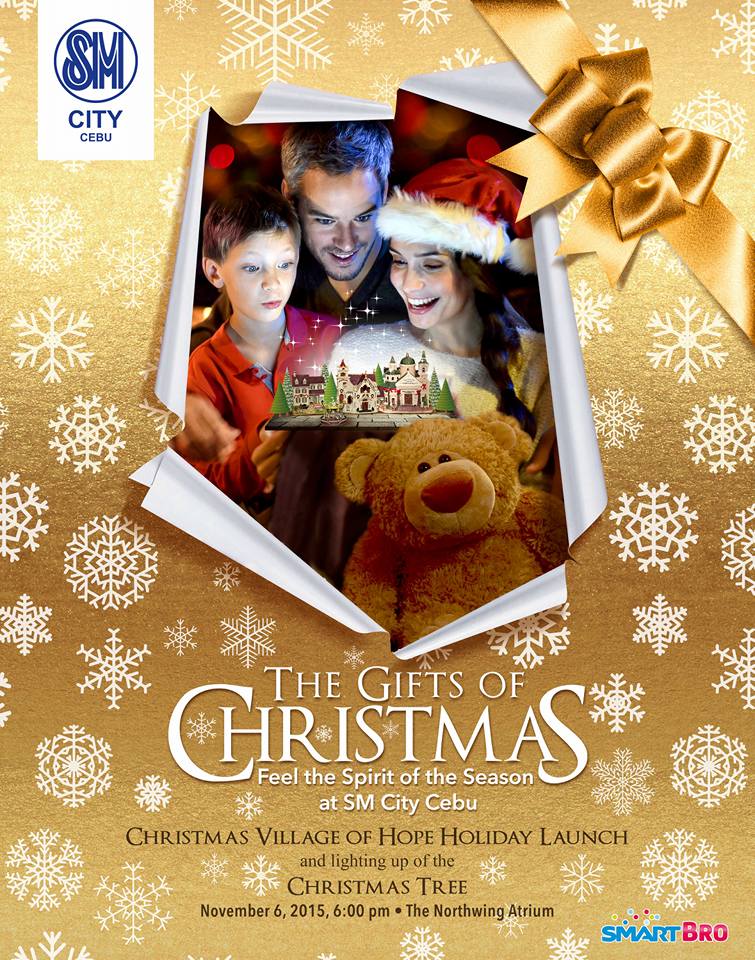 WHAT IS CHRISTMAS VILLAGE

This is a miniature village of snow, houses, train tracks festively decorated with snow and tinsel. It is often set up during Christmas season and it has range from a small village to a huge or even bigger ones. 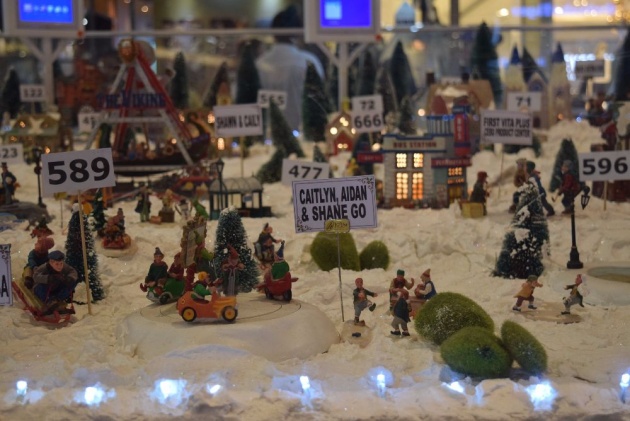 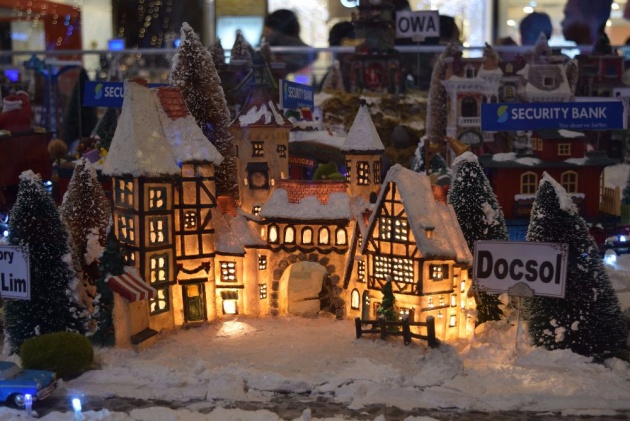 After World War II, several Japanese companies started mass-producing cardboard or paper houses, churches, and other buildings. These small buildings usually had holes in the back or the bottom through which Christmas lights were placed to provide illumination. The buildings had tiny colored cellophane windows and were decorated with mica-dusted roofs to give the appearance of snow. Since these buildings were made of inexpensive material and were widely available throughout the United States, they became a very popular Christmas decoration.

Couple Mr. Clayton and Joji Tugonon were the main persons who had conceptualize this idea. The couple are patrons of Kythe Foundation.

Here's the couple at Kythe Foundation in Cebu.

The general manager of a Cebu hotel read about her collection in a magazine article and offered the hotel as venue. The Tugonons were initially reluctant, but eventually said yes, with one condition: that the setup should have a charity component.

The hotel agreed: Each miniature house and train will be up for “adoption” to benefit children with cancer. 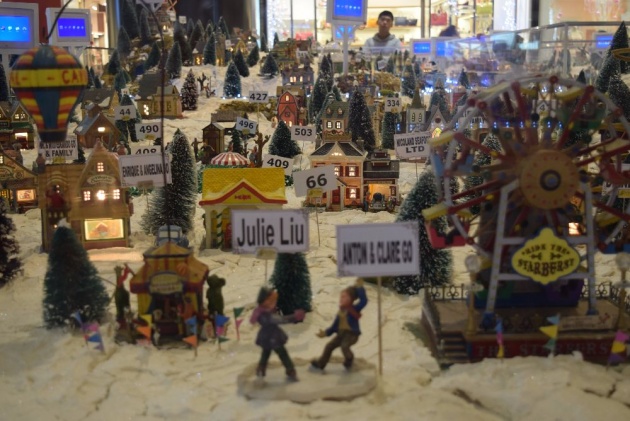 They had been engaged in the specific Cancer Institute in Cebu with the pediatric cancer patients. They had been involved in  major fundraising programs and soon decided to share their collection of Christmas Village houses. They had been collecting for a long long time and had thought of using this to give hope to the patients and to the rest of the Cebuanos. Thus its name is called such - Christmas Village of Hope.

The first launch of their Christmas Village of Hope was in 2010 in Marco Polo Hotel lobby. 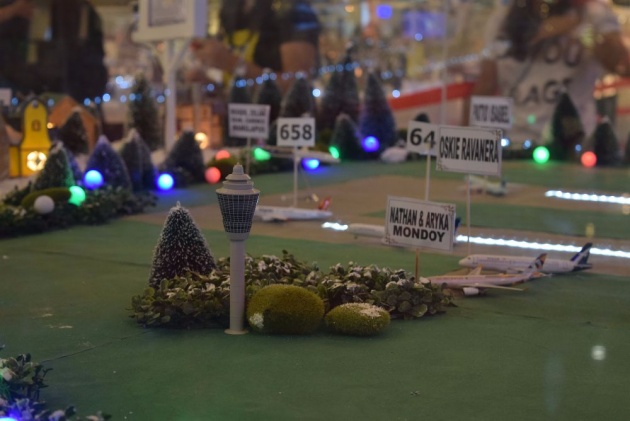 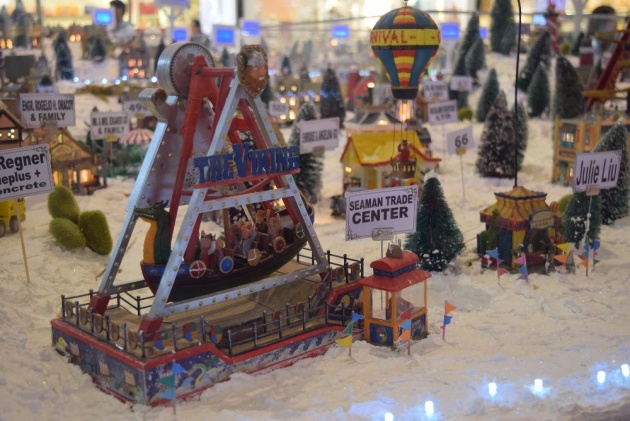 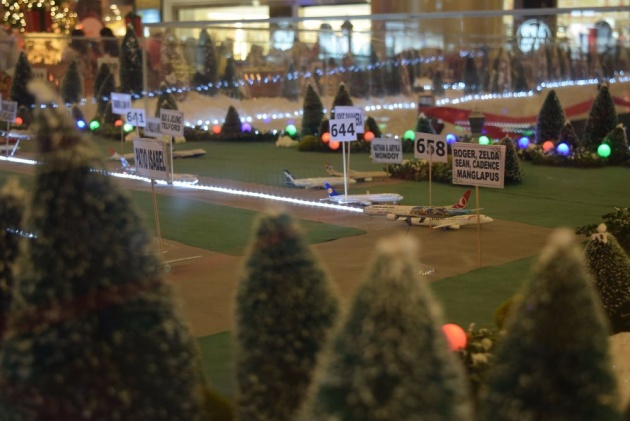 The concept was for someone to buy the miniature houses for Php 5,000 each with their names inscribed on the houses during the Christmas season exhibit.

By the next year, Mr. Hans Sy of SM Visayas generously offered the North Wing Lobby of SM City Cebu for the exhibit of their miniature houses and figures thus started its name SM Christmas Village of Hope.

From the time that the certain exhibit and fundraising activity had started, it has attracted visitors and guests to visit the mall.

The Northwing part of SM City Cebu has a spacious area in the ground floor which is facing the activity center and that certain promotional activities are being held as well.

A 70-sq-m Christmas Village of Hope inside SM City Cebu has grown from just houses and trains to a more lively and more realistic village. Here are the figures which one can expect this year of 2015.

These are the most number of items that can be found and the owner of the Christmas village started with seven houses which she had bought during her travel to the United States with her husband. At this time, she is buying from online websites which offers delivery to the Philippines.

Each of the houses is for adoption for the duration of the Christmas season. Amount per house is at 5,000 Philippines pesos and that the train per carriage is at 20,000. Each child needs at least 5,000 pesos per month per treatment. But, most of them  get to be treated on a weekly basis and that is besides if an infection attack them too. The administrators are doing this because they want to at least lengthen their lives, spend their next birthdays, Christmas, New Years or any occasion for that matter with each of their families and friends.

The photos below shows how the houses look like: 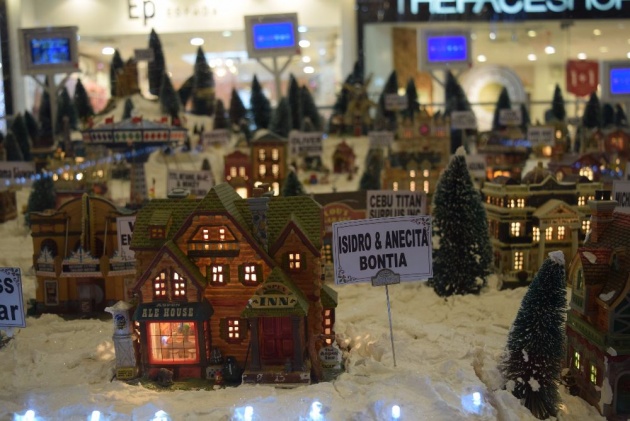 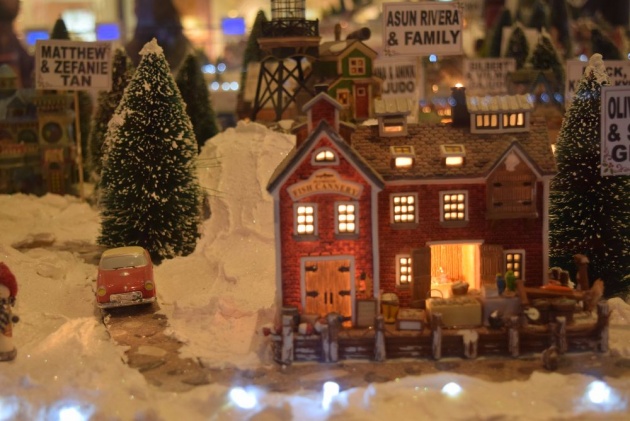 Since this represents a village, it does show boats too and something which signifies as the sea or the water area of the  village. There are yachts, boats of different sizes and its quite cute to see that there are human figurines inside those boats. 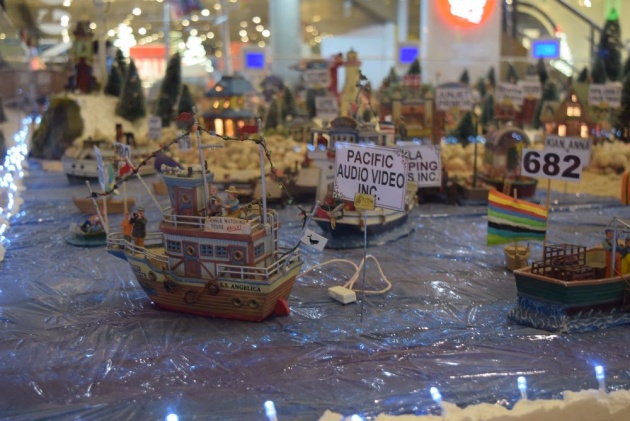 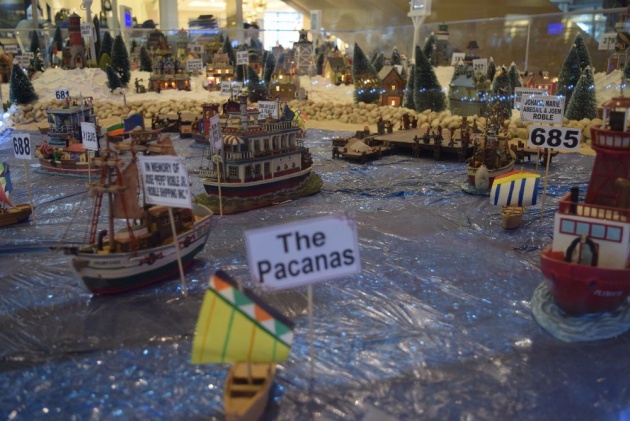 Carnival won't go absent of the village and it is a place where everyone can be a kid at heart. There are games and other rides which can also be seen in the Christmas Village. Check out the photos below: 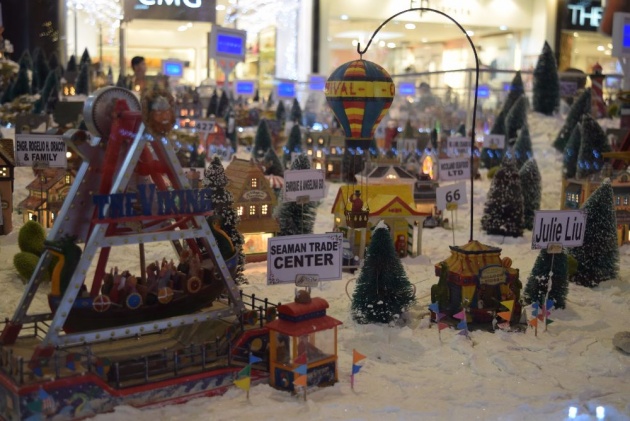 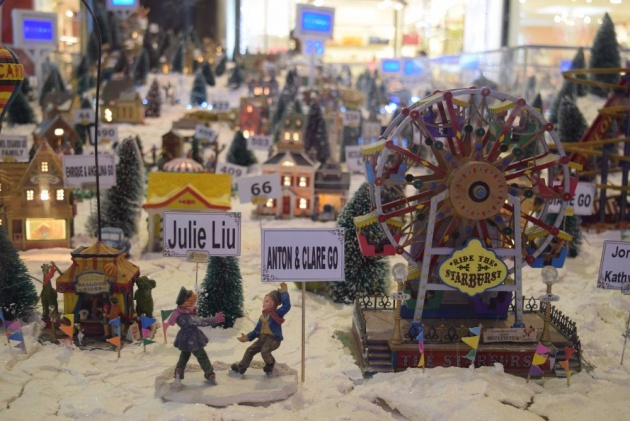 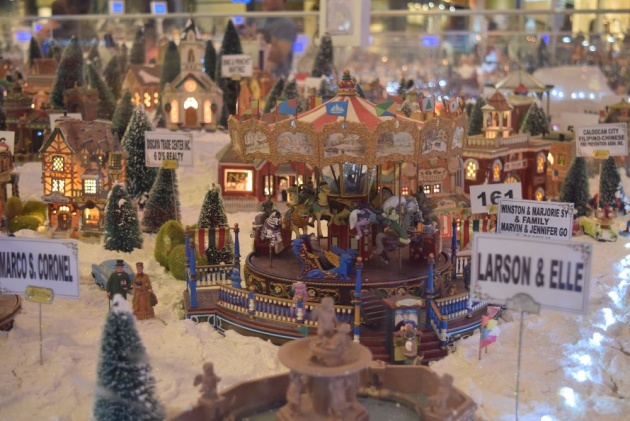 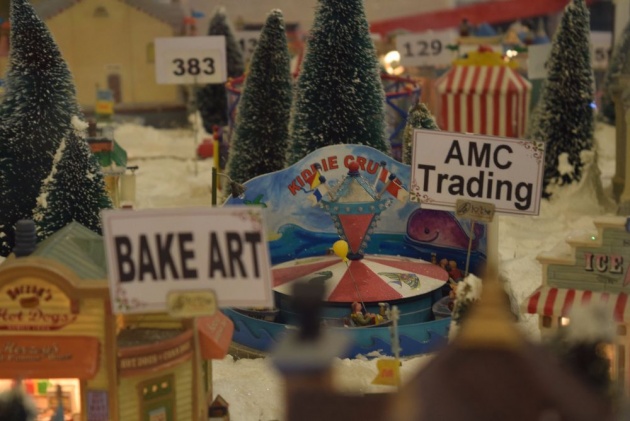 The parks is all over the place actually.

The SM Christmas Village of Hope's objective is to promote cancer awareness to whoever we meet in life. To spread that cancer attacks and affects all mankind. To be able to help others too, who don't know whom and where to go to when an illness like this strikes in them and their families. 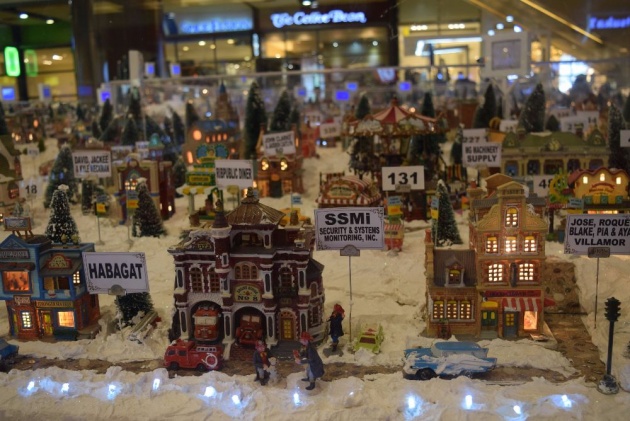 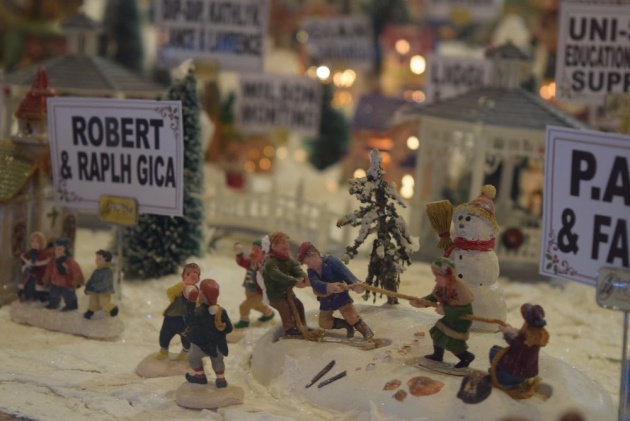 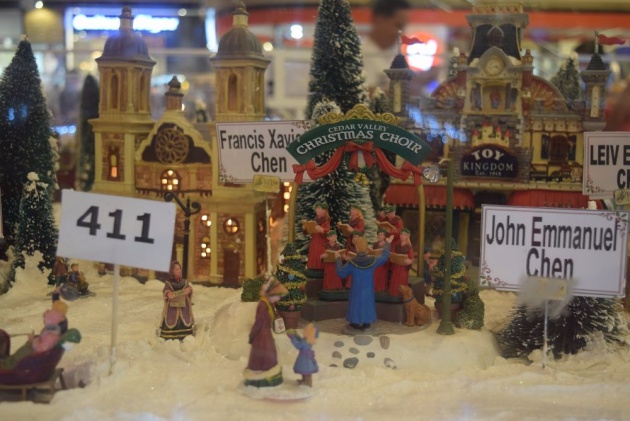 Although there are houses both big and small all over the village, car parks are just displayed anywhere around the area. So it also displays the cool cars which are available in the village. This is one of the good site as well. 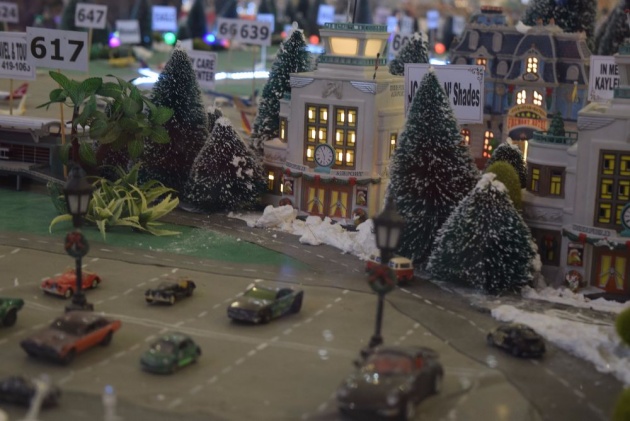 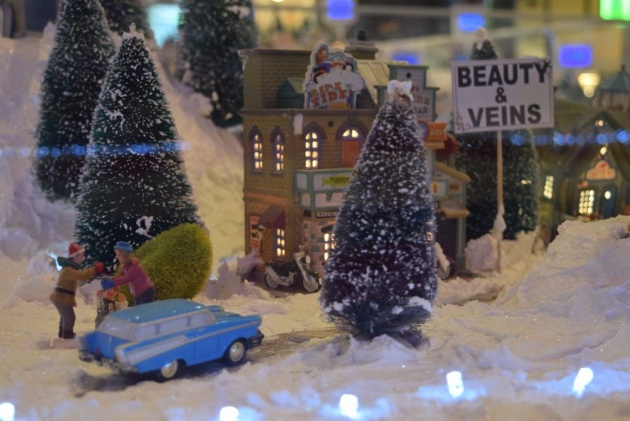 The village is full of pine trees or Christmas trees coated with snow. The Philippines don't have snow or the winter season so seeing this had been an experience of each visitor to feel like they are living in a winter wonder land. 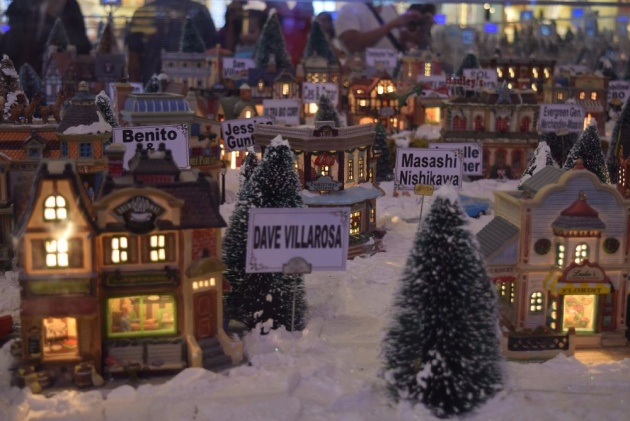 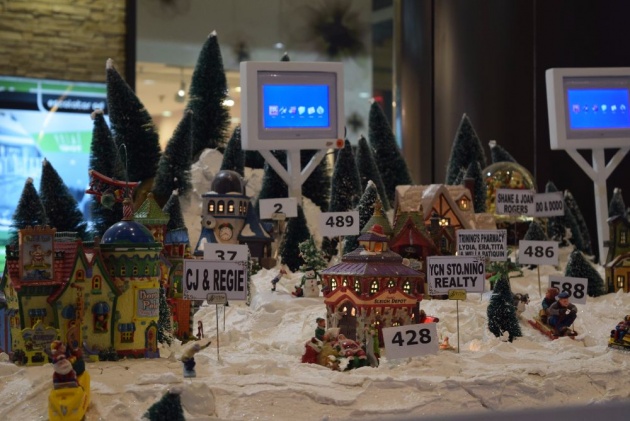 It is interesting to see a working miniature train which goes around the village. 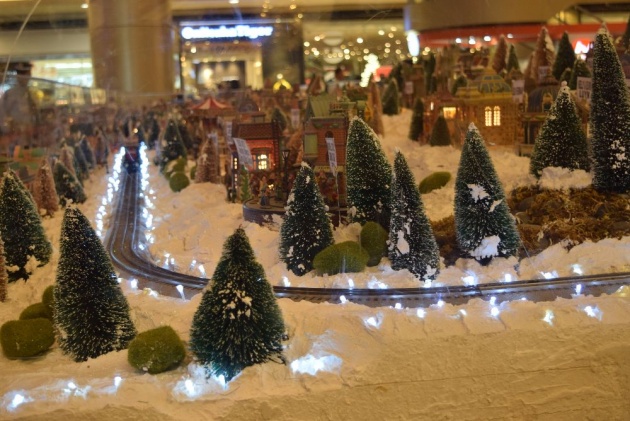 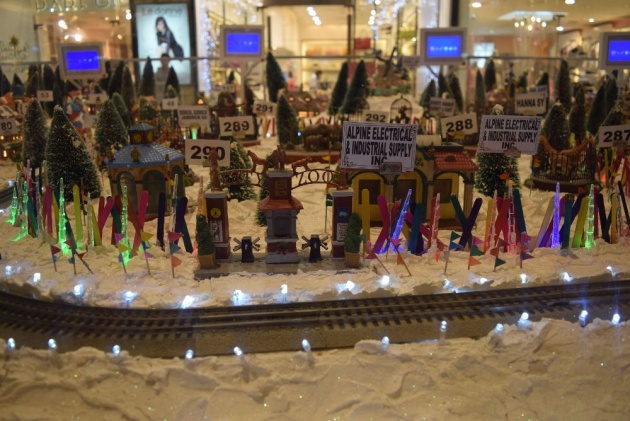 A new addition to their collection are the miniature airplanes and that there's an airport in the village as well. It looks realistic actually but there are a couple of airplanes don't have owners yet. 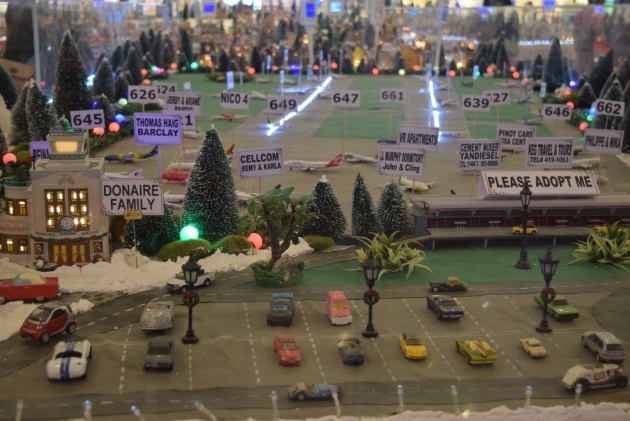 A trivia to leave you as well: The staff and volunteers had used 1,200 bars of Perla detergent bar mixed with 10 gallons of vinegar and 5 kg of salt to create the ersatz snow.

To the guests, it's a place for shopping yet to the children, the Village provides the hope of having a normal life.