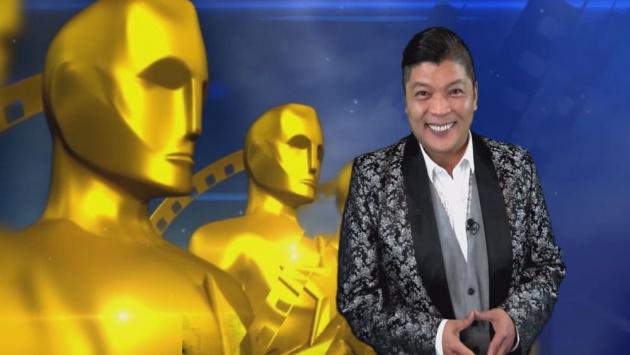 Hollywood’s biggest night is having some major public relations issues.  Still reeling from the #OscarsSoWhite problem that began in 2015, the Academy must contend with a hostless Oscar night this year.  The intended Oscar host, Kevin Hart, dropped out due to his perceived homophobic social media posts.  The last time the Oscars went hostless was in 1989 when Rob Lowe opened the evening with Snow White.  Remember that fiasco?

And then we learned of the Academy’s decision to announce some categories during commercial breaks in order to trim the show to a less-bloated running time of three hours.  The affected categories are cinematography, film editing, live-action short, and makeup and hairstyling.  This decision was met with outrage both from the industry and fans culminating with the creation of the hashtag #PresentAll24.

On top of those issues, the Academy must contend with sagging ratings.  But in the end, it’s all about the art and passion for filmmaking that’s why we keep on celebrating the Academy Awards.  Right now, Academy members are busy finalizing their votes with the deadline coming up this Tuesday.  And if you don’t know who and what to vote for in your office Oscar pool, here are my predictions in all 24 categories of the 91st Academy Awards (winners are bolded).  I normally predict with my heart (who I want to win) and mind (who will win) and try to combine the two.  This year, I am torn between Christian Bale and Rami Malek for Best Actor.  I love both performances but I am going for Malek due to his SAG and BAFTA wins.  To be honest, the easiest to predict is Best Song because everyone is worshipping the House of Gaga right now and her “Shallow” song from “A Star is Born” has been racking up wins from the Critics’ Choice to the Golden Globes.

The Oscars will be broadcast live from the Dolby Theatre on Sunday, February 24th.

Yalitza Aparicio, “Roma”
Glenn Close, “The Wife” WILL WIN
Olivia Colman, “The Favourite”
Lady Gaga, “A Star Is Born”
Melissa McCarthy, “Can You Ever Forgive Me?”

“All The Stars” from “Black Panther” by Kendrick Lamar, SZA
“I’ll Fight” from “RBG” by Diane Warren, Jennifer Hudson
“The Place Where Lost Things Go” from “Mary Poppins Returns” by Marc Shaiman, Scott Wittman
“Shallow” from “A Star Is Born” by Lady Gaga, Mark Ronson, Anthony Rossomando, Andrew Wyatt and Benjamin Rice WILL WIN
“When A Cowboy Trades His Spurs For Wings” from “The Ballad of Buster Scruggs” by David Rawlings and Gillian Welch