Could Nvidia Win Big With A GRID Game Streaming Box? 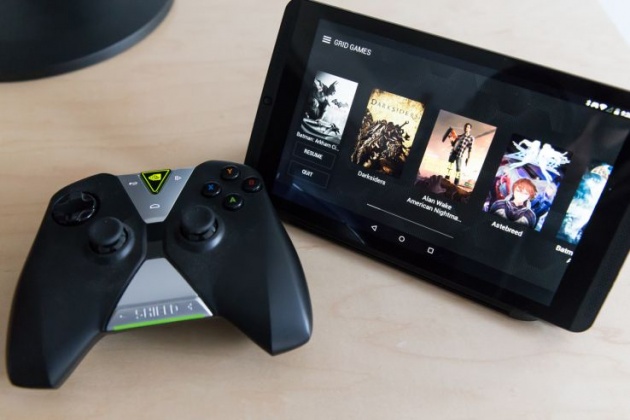 Nvidia has a streaming game service called GRID, which it debuted last year via its Shield dedicated Android gaming devices. The maker of PC and mobile gaming graphics hardware is dabbling in becoming more of a service provider with GRID, especially since it actually has the potential to cannibalize the sale of powerful graphics cards for local gaming rigs. Nvidia is set to make a big announcement that has been “five years” in the making during GDC this year, and we recently theorized on the weekly Droidcast that it could be a dedicated GRID streaming device, like a lightweight, inexpensive set-top box designed specifically to bring game streaming affordably to the living room. Here’s why, despite cannibalization, that might be long-term sense for Nvidia.

The computing world in general is moving towards a streaming future, with remote servers powering a lot of the intensive work required for things like advanced predictive analysis for things like our smartphones. It’s very likely that we’ll actually move into a computing paradigm where most of the actual computing is done on super-powerful servers, with our own personal devices acting much more as individual terminals whereby we merely access the results of the processing done elsewhere. This has long been predicted, but technology is getting to the point now in terms of wireless connectivity access and speeds that it’s actually practical as a foreseeable outcome.

Nvidia’s past business may have relied heavily on both its own graphics card sales, as well as licensing of said tech, but more and more, it will see bigger benefits from providing the power behind the remote servers that will undergird a distributed computing future. With gaming, the potential for streamed services is perhaps even more immediately apparent than for other uses of said tech, so it’s only natural that Nvidia would try to lead in this area. Whereas just a few years ago it was still impractical to make this real (OnLive’s inability to build a truly successful business on a streaming games service is evidence of this), Nvidia has waited, developed its own service and paid attention to when conditions were right.

This meant making sure that general network reliability and speeds were sufficient, but also helping usher in a future where the processors and graphics capabilities available to receptor devices (smartphones, or, set-top boxes) could handle the remaining work of rendering received feeds on high-resolution displays without any issues. A lengthy testing period, with a cadre of devices optimized for use of the service (Shield tablet and portable) has also helped more perfectly set the stage for what comes next.

A GRID box gives Nvidia a way to deliver a streaming games service with parameters it controls, at least at first, meaning it can continue to do as much as possible to maximize the conditions for successful streamed gaming. It also offers a way for Nvidia to embrace a cartridge razor model of revenue, with low initial buy-in but sustained higher revenue from subscription service.

It would also allow Nvidia to continue to demonstrate the value of its mobile chipsets to potential OEM partners. Shield hardware serves this purpose to some degree, and a GRID box would be of value in convincing set-top box and TV makers to take a look at the K1, X1 and whatever future mobile chips Nvidia decides to bring to market. Using Android means these chips can also support media apps, providing a double-advantage that competitors can’t necessarily offer thanks to AAA gaming.

Whatever Nvidia is preparing to unveil at GDC, you can be pretty sure it’ll go beyond a simple upgrade to the GTX line of graphics cards (though if it is just this, I’ll feel pretty stupid). I’m anticipating a GRID device aimed at the living room in this article, but a general launch of GRID services with support beyond the Shield line of hardware, to PCs and perhaps even other mobile devices would make as much sense.

The point is that Nvidia is keenly aware of the general trend the industry is facing, and appears to be making the right move for long-term success in a shifting market. In part, a GRID box is an intermediary step, prefacing a time when consoles disappear and the screens and projectors we use to display our media also provide all the interactive gaming, and advanced computing, we could ever hope to need as consumers. The companies that do the best in terms of pacing out their product cycle to get us there along a timeframe that keeps up with advances in enabling technology are those that will succeed and thrive.