Try anti-mainstream way. do not be a smart era detective or asked of parents / siblings For ye know the true nature of a person. Because the nature of the original will not appear Klo not in a state of "extreme" Tu "trapped"
Moreover, today's "sitcom" that many,yes "Players soap opera" I'm clever fakes

One of the ways for knowing the sincerity of your partner is to pretend in layoffs. Say wrote to your spouse starting today you do not work anymore because the same big boss fired. Now you can know whether he is sincere or not in a relationship with you. That she is sincere then he will be able to spy motivate a new job or even a channel spy you can dial a new job. That not sincere? The response in the coming days bbrp "I'm sorry dear. I need time to think. I need a future." It is our job as getting married or together we.

It is rather serious .. say with serious facial expression possible that you have cancer and sdh high stage. I wonder what and how the response of your partner?
Discover for yourself ya and for that courtship ready wrote his girlfriend dumped eg not sincere.

This is a test of whether it is the type of partner who RIGID or not. Klo who jablay type and cm manfaatin you just wrote as a body guard or even a motorcycle taxi driver bt anther shuttle each day. Then he immediately asked broke up with reasons can not make LDR (Long Distance Relationship).
's Not a problem actually want LDR what not. After all, such as SDH later married then you are assigned work out of town who do not return the same bs sering2 wrote like LDR. Or that his voyage, itukan also rarely home husband
LDR aja klo sdh not stand later married to cheating

if that life is not abundant ya do not have to pretend anymore poor. It was a natural process for sdh mah mate selection

Well for those who feel life well off and rich, need tuh pretend impoverished. Bgt simple conclusion. For those who could not sincere partner, slowly tp surely you know you will be left eg SDH not rich anymore. For those of you who mmg nyari couple through money, I no commment. Deemed yourself the true effect if you become poor 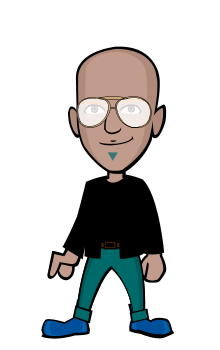 I am Indonesian law-abiding people, my hobby is playing compurter