Cricket  is a bat and ball game played between two teams. Each team consists of eleven players in which five of them are batsmen, five are bowlers and the eleventh one is a wicket-keeper. This game is played on a field. In the center of field, there is a 22-yard long rectangular pitch where both teams show their capabilities. One of the teams has to bat first while the other team fields. In this way, the team which scores the most wins while the other one loses.

Cricket is the second most popular game in the whole world as it is played by millions of people in many countries. This game is more famous in Australia, England, the Indian subcontinent, the West Indies and Southern Africa than any other part of the world. People love to witness this game and enjoy it to the fullest.

In this blog, I am going to tell you everything about cricket. Everything about its origin, history, types, the countries it is played the most between so be ready for a really interesting blog.

The origin of cricket is uncertain. No one really knows where and when cricket began but the evidences suggest that it started in United Kingdom in 12th and 13th century. The earliest definite reference to cricket being played in England is in proof given at a 1598 court case which suggests that cricket was played in a township in Surrey  around 1550.

Basically, there are three types of cricket which are known as Test cricket, ODI cricket and T20 cricket. Each type of cricket is perfect in its own way and each type is adored by fans.

Now I am going to give a brief introduction on each type of cricket for my fellows on Bitlanders who don't know a lot about it.

Test cricket is the longest form of cricket. It is played for consecutive five days between two teams. Each day consists of 90 overs, and each team has to play two innings depending on the situation. The team which manages to get more score on the scorecard and manages to bowl the other team out in the span of 5 days wins. If the match does not complete within 5 days, then that match is said to be drawn. i.e no one loses or wins.

Test match is also said to be "unlimited-overs-cricket".

The first ever International game played in the history of cricket was actually Test Cricket. It was played between the teams of USA and Canada in 1844 but this match was not officially recognized.

The first official test match was played between England and Australia in 1868. As these two countries are rivals, so it was loved by people.

In test cricket, both the competing teams wear white kits and the ball of red color is used. To provide you more knowledge about the test cricket, i am going to post the video of the highlights of the test match played between two teams.

One day international cricket is a limited form of cricket. In this form of cricket, the matches are played between the teams of International status. The match consists of fifty overs and each team has to play for one innings. This game is simple. The team which scores the most wins. There is no thing such as draw in this type of cricket until natural thing such as rain happens.

The first ever One day international match of 40 overs was played between the teams of Australia and England in Melbourne, 1971. This match was won by Australia with 42 balls remaining in the match.

I am going to show the highlights of an ODI match for those people who have a little concept about this sort of cricket.

The same kits and ball is used as in ODI. The difference in this game is only of overs. And it is a huge difference to be honest.

The first T20 match in the history of cricket was played between Australia and New Zealand on 17th February, 2005 at Eden Park. Australia won this match.

For those people who don't know about this sort of cricket, I am going to post a video of the highlights of a T20 match played between two teams. Enjoy it.

Which teams have status to play all sorts of International Cricket?

Although this game is played in various countries all over the world, but not every country has the international status to play cricket. Only ten teams have the status to play all sorts of International Cricket provided by ICC. If any country wants to be a part of it, the country needs to show its worth.

Now, I am going to list the name of each country one by one which has the right to play all sorts of cricket.

Team Australia has the right to play all sorts of cricket and it has been the member of ICC since a long time.

Team England has the rights to play all sorts of cricket and like Australia, it has also been the member of ICC since a long time.

Team New Zealand has the rights to play all sorts of cricket.

Team West Indies also has the rights to play all sorts of cricket.

Team India has also the rights to play all sorts of cricket.

Team Pakistan has the rights to play all sorts of cricket.

Team South Africa has the rights to play all sorts of cricket.

Team Sri Lanka has the rights to play all sorts of cricket.

Team Bangladesh has the rights to play all sorts of cricket.

Team Zimbabwe has the rights to play all sorts of cricket.

Events That Take Place In The Era Of Cricket :

Although, these ten teams keep visiting each other and keep playing friendly matches with each other now and then under the guidance of ICC, but there are special events which take place in the era of cricket. Some take place after one year, some after two ,while, others after years.

I am going to give a brief introduction about all these events and how popular they are in the world.

The T20 World Cup is the international championship of Twenty20 cricket. Organised by ICC, the tournaments consists of 12 teams, having all ten ICC full members and the other two ICC members chosen through the "ICC World Twenty20 Qualifier".

The event is generally held every two years and it can be hosted by any ICC full team member provided International Cricket Council agrees with it. All matches are given T20 International status.

The idea of popularity of this event can be taken by the fact that the ground is jam-packed with crowd in every match as you can see in the picture.

A match played between South Africa and England in 2011.

The opening ceremony of this event has been shown in the video below so you can know how much people love this event.

This event takes place every two years, this series consists of 50 overs per side formula. This is also governed by ICC and it is second in importance only to the ''World Cup''.

It was inaugurated as the ICC knockout tournament and has been played approximately every two years since its name, changed to the ICC Champions Trophy in 2002. The number of teams that compete in this event has varied over the years; originally ICC full members took part and for a short span, associate members were also involved. Since 2009, the tournament has only involved eight highest ranked teams.

The team that wins the trophy comes at #1 ODI rank in the whole world. The trophy looks like this :

The Cricket World Cup is the premiere event in the sports and is of major importance. It takes place every four years and it consists of 50 overs per side formula. It started from the year 1975 and still going on. The list of the teams who have won the World Cups has been shared below with their respective year :

This is the most entertaining event in the history of cricket. People from all over the world, even though, their countries have participated or not come to watch it and enjoy the thrill and the suspense of the game.

To make you people witness that thrill, I am going to post the video of the highlights of the final of the World Cup 2015. Enjoy it.

Love And Interest Of The Fans :

As I have already mentioned before that people from all over the world come to witness the cricket matches. Doesn't matter whether it is a friendly match or a major event, people just love this game. Betting has always been the part of the games. Since cricket is the world's second biggest sport so people sure do betting. They wait for the cricket matches to arrive so they could do the betting. In short, cricket has always been a fun game. Players enjoy it, Umpires enjoy it, Coaches enjoy it and the fans from all over the world enjoy it. To show the love and interest of the fans, I am going to post some thrilling images that will make you think that how much people love this game.

For me and for all those loving fans of cricket, cricket is the best sport in the whole world. Cricket, we love you. 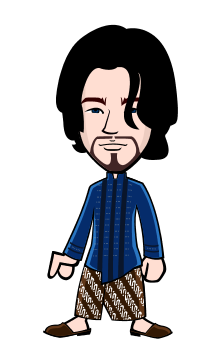