Davos Looking for Blindside in Side View Mirror? 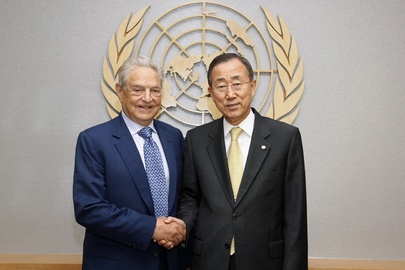 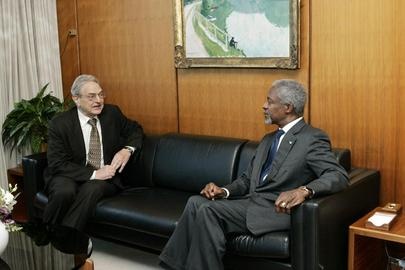 Davos gathering most years is presumably about looking forward, but this year it’s about searching what you know is there but cannot clearly see either through front windshield or in rear view mirror. The Eurozone crisis is not the only threat trailing the politically influential and those who have the money to influence the future. There is growing unease about the volatility of financial and commodity markets, unemployment and the growing sense of inequality felt by most that will never see a ski slope much less Davos. Conspicuous consumption has lapsed as fashionable, at least in the open. Many of the wealthy are not so concerned about spending it or making more but just keeping it. Some sense a French Revolution foreboding. Sitting in Davos, George Soros kept his eye on events in the cities and farms below. Is class warfare, repression and riots over the next bump in the road? “It will be an excuse for cracking down and using strong-arm tactics to maintain law and order, which, carried to an extreme, could bring about a repressive political system, a society where individual liberty is much more constrained, which would be a break with the tradition of the United States,” is one option according to George Soros speaking to Newsweek. “I am not here to cheer you up. The situation is about as serious and difficult as I’ve experienced in my career.We are facing an extremely difficult time, comparable in many ways to the 1930s, the Great Depression. We are facing now a general retrenchment in the developed world, which threatens to put us in a decade of more stagnation, or worse. The best-case scenario is a deflationary environment. The worst-case scenario is a collapse of the financial system.” See Film Report – “Soros Wall Street Protests” - diplomaticallyincorrect.org/films/movie/soros-wall-street-protests/28740 Yes, I do know George Soros personally, and yes I have been to Davos a couple of times. Surrounded by other rich and powerful, I have witnessed a tendency toward self-importance - the air is thin and one can forget that the rest of the world is out there. George Soros is not prone to exaggeration – goes against the Wall Street trader in him. George also does not look to pander for attention – his billions and foundation, Open Society Institute, do just well enough to get anyone’s notice. Even among the 60 or so billionaire’s attending Davos, he stands out. Difference is he made billions before most figured out the predatory game of currency trading on Wall Street. He was also one of first to explain that how he made some of his billions should be illegal. No one has taken up his advice, but the extremes have only been driven closer to the edge. Also Read - “If U’r Average Worker, Road is Down”- diplomaticallyincorrect.org/films/blog_post/if-ur-average-worker-road-is-down-by-ambassador-mo/43963 By Ambassador Muhamed Sacirbey (Follow mo @MuhamedSacirbey) Facebook – Become a Fan at “Diplomatically Incorrect”   Twitter – Follow us at DiplomaticallyX  International Financial Crisis Channel - diplomaticallyincorrect.org/c/international-financial-crisis