Digital Literacy for a Latter-Day Luddite

In the past two weeks I’ve gotten my first smart phone, have resurfaced on Facebook after nearly three years, (I had only used it for a month when I abandoned it.)  and have signed up with Twitter and several other social media services.  This may seem noteworthy to most readers only in how long it’s taken me to get on board the social media juggernaut.  But friends know me as something of a latter-day Luddite, or at least as a holdout from the 20th century.  Even my 87 year old father is on Facebook.  My mother-in-law uses an I-pad.  In fact, my 11-month old son recently took his mother’s phone, managed to get past the lock screen, took three photos of his own feet, and texted them to me while I was out; I’m not sure I could do all that, and he did it mostly with his gums.  Indeed, the amazing thing is not that I’m so late getting on board with 21st century technology; it’s that I’m there at all.  So what changed? 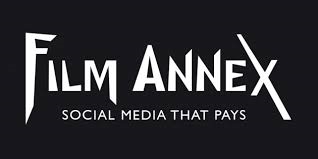 The short answer is that the blog-post you’re now reading is my first foray into a writing project that will be basically fueled by social media.  Writing blog-posts will be only half of what I do.  The rest of the effort will be spreading my work through my network and beyond, and more broadly participating in the filmannex.com community.

But stopping there would miss that undertaking this project has changed my mind significantly about social media.  All of us have had misgivings about the phenomenon at times.  I, like many, used to be very much of the opinion that it was a cause, and a manifestation, of a chronic alienation in our times.  I also felt it is downright dangerous for Muslims to participate in social media, as governments on witch hunts could easily target any brother or sister who had anyone in their extended network who, unbeknownst to them, held any even remotely seditious views. 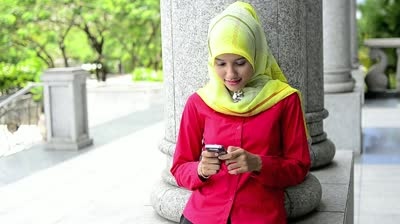 These concerns are not unfounded.  Muslims should probably be more careful with social media than others may need to be.  But we can’t afford to ignore it.  It is increasingly the currency of contemporary discourse.  Analysts predict that the job title ‘social media specialist’—one of the more recent to appear on the job market—will be one of the first to disappear, as all of us will be expected to be skilled in social media.  Using them in the future will no more be considered a special skill than is driving a car today.  If Muslims were to eschew social media, we could become as marginalized as modern-day Amish.

But the real sea-change occurred for me when I recently read “The Healing Power of Digital Literacy” by my friend, Giacomo Cresti.  He acknowledges the limitations and even dangers of social media, like cyber-bullying, while also pointing out that the solutions to those problems ultimately must—and necessarily will—come from social media themselves.

Indeed, digital literacy has enormous potential to right some of the social wrongs of our world.  Film Annex themselves have extended the same opportunity to young women in Afghanistan to w 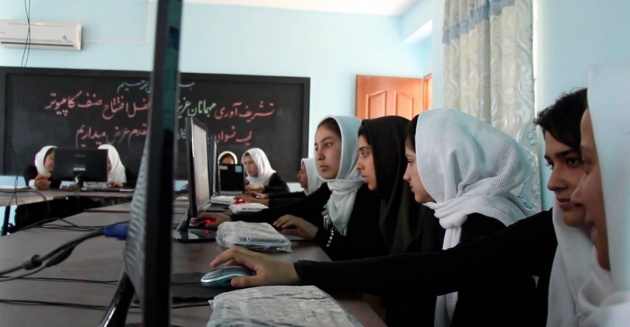 hich I am availing myself.  They have established internet classrooms in girls’ high schools throughout the country, encouraging the young women to get paid for writing blogs.  In the process, the girls gain a marketable skill, a valuable income stream of their own, and a chance to show readers around the world the reality of their lives in a way that can cut through the myopic sensationalism of the journalism on Afghanistan today—for most of us, the only means by which we can form an impression of life in the country.

The internet was founded years ago promising to democratize commerce and the media.  Today, despite its Amazon-ization, it still holds out the same promise, but on a scale even grander than once imagined.  How could I, whatever Luddite tendencies I might have harbored, not feel pulled to be part of that?  And if, my old friends, you still see me here and feel like you no longer really know me, don’t worry; I still can’t figure out the cable remote at my in-laws house, and have no desire to try.

If you’ve missed any of my other articles, please refer to my main blog page.

I’m an American-born Canadian writer, father and small-businessman. I write on topics as diverse as contemporary Islam, education, human rights, culture, political economy, and the promises and perils of digital literacy. A Muslim convert, ex-Marxist, and former teacher, with a degree in Philosophy and South Asian Studies, as well as…