DOGECOIN: How A Thing That Started As A Joke Became The Hottest Digital Currency In The World

DOGECOIN: How A Thing That Started As A Joke Became The Hottest Digital Currency In The World 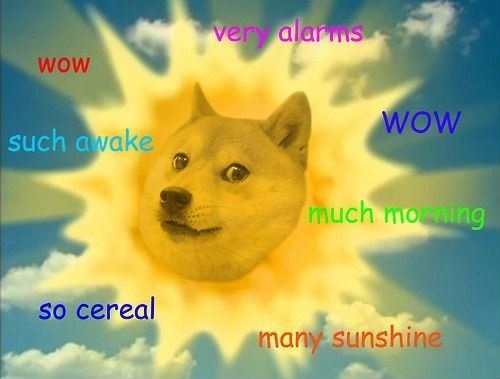 An Australian brand and marketing specialist and a programmer in Portland, Ore. who have never actually met have successfully combined the year's two greatest phenomena: Bitcoin, and doge. The result: Dogecoin. And people are actually using it.

If you're not familiar with the doge meme, it's hard to explain —  you sort of have to just see it yourself. Basically, someone on the Internet began posting images of Comic Sans thought bubbles in the imagined syntax of a devastatingly cute Shiba Inu dog. Variations on the meme look like this:

There's no point to it; it's just one of those Internet things. But people love it  — you can see some "good ones" here.

About three weeks ago, Jackson Palmer, who by day works in Adobe's Sydney marketing department, and who'd been following developments in the cryptocurrency world, absentmindedly tweeted, "Investing in Dogecoin, pretty sure it's the next big thing."

He got some replies encouraging him to pursue the idea, and a week later bought the domainDogecoin.com. Inevitably, it got picked up on reddit, a hotbed of doge activity.

Meanwhile in Portland, Billy Markus had been trying to program his own digital currency that would appeal to a broader demographic than the profiteers who've flooded into Bitcoin. But the project had gone nowhere. Then he stumbled across Dogecoin.com within a day or two of the site going live.

"The first thing I said was, 'This is so funny.' Then I said, 'I should just make this coin.'"

He Tweeted at Palmer saying he wanted to go in on it, and before Palmer even responded, started reconfiguring Bitcoin's sourcecode, which is publicly available, to turn its user-facing elements into the doge meme.

Eventually Palmer wrote back, and the partnership was formed. A little more than a week after Palmer's jokey tweet, Dogecoin was launched.

Again it got picked up on reddit, and instantly exploded. It is already  the 13th seventh-largest cryptocurrency, according to Coinmarketcap, with a market value (i.e. number of extant Dogecoins X price of $0.00086) of $8 million. It now enjoys its own full blown ecosystem: in addition to the website, it has a dedicated blog and forum, and of course a subreddit.

How has it done this?

Largely through something called "tipping."

If you're a geek who "performs" a "good deed" on the Internet, it's become common practice for people to "tip" you in your digital currency of choice. For instance: that kid who held up up his Bitcoin wallet's QR-code during ESPN's College Gameday got tipped thousands of dollars by the Bitcoin community for such a brilliant stroke of guerrilla marketing.

But it's become somewhat expensive to tip in Bitcoin, so people have turned to Dogecoin. Only about a week after launching, Dogecoin became the second-most-tipped currency, the pair say. They're hoping Facebook will accept a widget they've been working on that would allow friends to "tip" each other with dogecoin.

Still, what's so great about Dogecoin?

Technically speaking, it's more of a variation on Litecoin, which runs on a cryptographic program called Scrypt. Like Litecoin, the time it takes to process a Dogecoin transaction is much shorter than for Bitcoin. There are also many more Dogecoins that will come into existence — 100 billion versus 21 million.

But it's the culture that's sprung up around it that's really driving it forward. Palmer says it comes down to having a lower barrier of entry for people who might be interested in cryptocurrencies but are turned off by either the price of or so-far dubious culture that surrounds Bitcoin.

"It's not taking itself as seriously, it's not being used by people  worrying about whether they'll become rich," Palmer said. "It's something to share for thanks or kudos."

Markus says his wife, who at first was turned off by his interest in Bitcoin, has started mining Dogecoin herself — something you can do with your basic computer, unlike mining Bitcoin, which now requires industrial-strength processors.

The pair say they have no intention of competing with Bitcoin, and both are still fervent believers in its potential to change online banking.

"It's a revolutionary technology, absolutely revolutionary," Markus says. "And it works as a store of value because it's deflationary, there will be a cap [on Bitcoins created]. It's just highly speculative, which makes it hard to use, to spend and spread it."

How can you tell the Dogecoin phenomenon is not a joke? This morning, Bitcoin and most other altcoins are up about 20%. 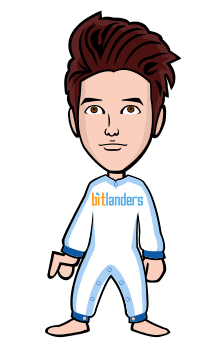