As the matter of  fact,whenever there will be talk about the eminent scientists of the 20th century the name of the Dr.Abdul Salam will be one of the leading ones. 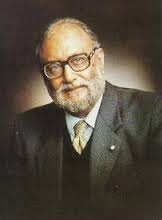 He was the man who enunciated one of the fundamental theories of  the Physics viz.Grand unification theory ,thus reducing number of original forces operative in universe from 4 to 3.

Dr.Abdul Salam was born on the January 29,1926 in Jhang.Throughout his school and the college education he maintained excellent educatonal record.He got his college education at Govt.college lahore til B.Sc.Then on the basis of the extrarodinary intelligence and magnificent educational record,the  British Government awarded him the scholarship for the higher education in England.In the year 1949 he took his masters degree in Physics and Mathematics at Cambridge University. 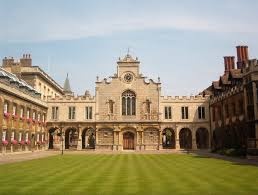 .Later on from the very university he got his Ph.d degree.He was elected as a fellow Sannit John college Cambridge and of Preston university too.In 1951 Dr Abdul Salam came back to Pakistan and here he was appointed as a professor of the Physics at Govt.college Lahore. 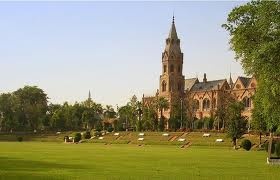 Lahore.In 1952-53 he remained in the Punjab university Lahore.But due to lack of the research institutes and dearth of the scientific colleagues in Pakistan ,he again went to London where he became lecturer at Mathematics at Imperial college london 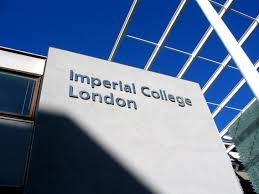 Later on he was made the chairman of department of mathematics.

As the genius mathematician and research physicist he was reputed all over the world.He delivered a number of ht electures in various countries.In the year 1958,he was conferred with the doctor of science degree by the Punjab university.In 1957 he won Hopkins prize,in 1958 Admind prize of the Cambridge university in 1961 Maxwell medal of th e scientific society in 1964 Magshedon Medal and then atom for peace prize from UNO as well
But his foremost work is enunciation of aht eGrand unification theory,his decisive work in this field brought him in 1979 noble prize for physics along with two other US physicists.Before G.U.T,the physicist believed that four fundamental forces were operative in the universe.

Abdul Salam and Glashow and Weinberg proposed that infact the force 2 and 4 are the different phenomena of the same force.The experimental work carried out in laboratories has confirmed the truth of this theory.This was done by Italian Physicist Carlo Rubbia and Dutch Physicist Simon Van der Mir.
His another appreciable work is the foundation of the “International Center for the theoratical physics” in Italy.in the year 1979 Abdul Salam was awarded Nishan-e-eImtiaz.He died in 1996 in England after suffering a nerve disease but for his great contribution in field of the Physics he shall be remembered forever.