Have you ever live in the fear that may be in next second you will be dead, may be in next minute the God of death will come from the sky like a hawk and scattered you in pieces may be this is the last time you are with your family and in next minute they will collect the intersperse pieces of your flesh and bones from the ground……. Well the people of tribal area of Pakistan are living in the fear till 2004 when first time they met with the technology name as drone 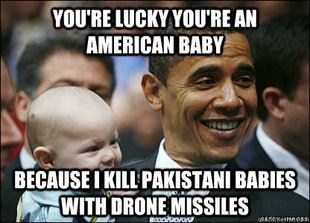 Many of us know about the term drone. This is remotely controllable Ariel device which is first used for spying and for search for the target but with years it is modified in the killing machine which have killed thousands of people in the tribal areas. Pakistan is not in the state of war with the America but they are attacking its area since 2004. Drones are first started in the regime of Bush and continue in with Obama. Mostly in the west people think that they are amazing as they are killing the enemies of their countries but every picture have two side they don’t know that how this amazing thing is effecting people life and how these marvelous things are making them to hate west and their policies and how in the fire of taking revenge innocent people are joining the militants group 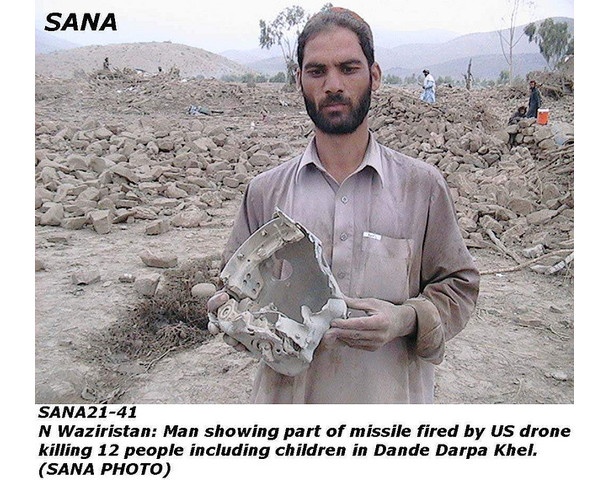 In past year about 364 attacks are made which have really harmful effects. Though by drone many militant groups’ leaders are killed in past years but also about 411 to 890 civilians gave their lives and leave their family mourning. These machines have emptied 168 to 197 cradles and leave their mother heart ache for them. And about 1,177 - 1,480 people have lost their body parts 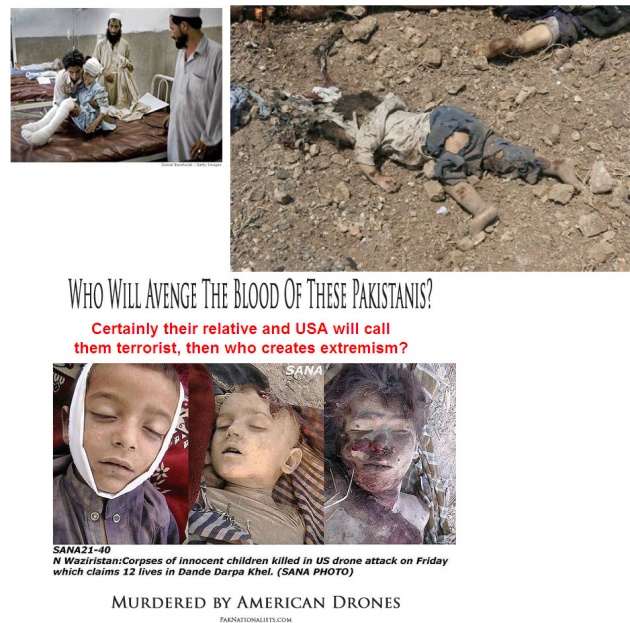 At 22 October 2013 the Amnesty issued their report in which they said that as US is not in the state of war with Pakistan so US is violating the human rights by killing the innocent people. Mustafa Qadri Amnesty International's Pakistan researcher said addressing the media that “We cannot find any justification for these killings. There are genuine threats to the USA and its allies in the region, and drone strikes may be lawful in some circumstances,'' further he said
“But it is hard to believe that a group of laborers, or an elderly woman surrounded by her grandchildren, were endangering anyone at all, let alone posing an imminent threat to the United States.' 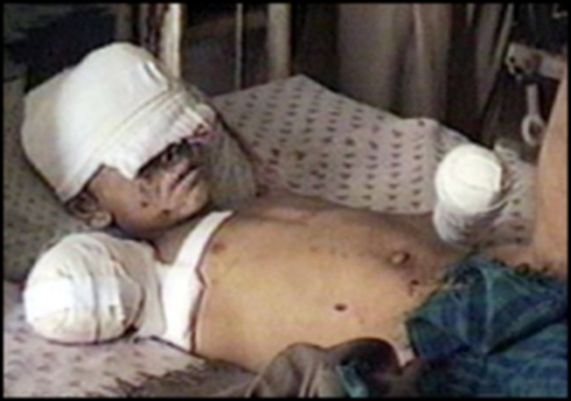 Drones are killing the innocent people along with the militants who are driving the anger in the public and driving them to militant’s camps for revenge and it is the basic factor why the people of Pakistan hates Super Power America. If America wants peace and wants to overcome his enemies he has to review his policies about drones. 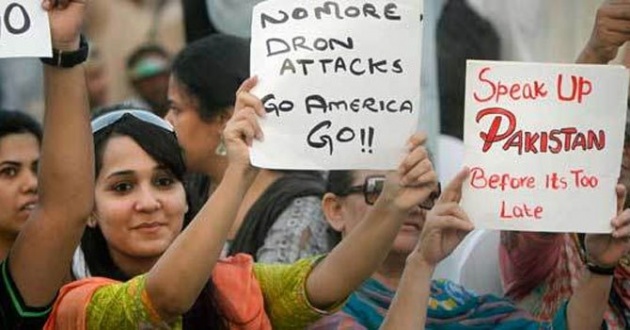