Dropped Korean Dramas List, And The Reason Why - Episode 02 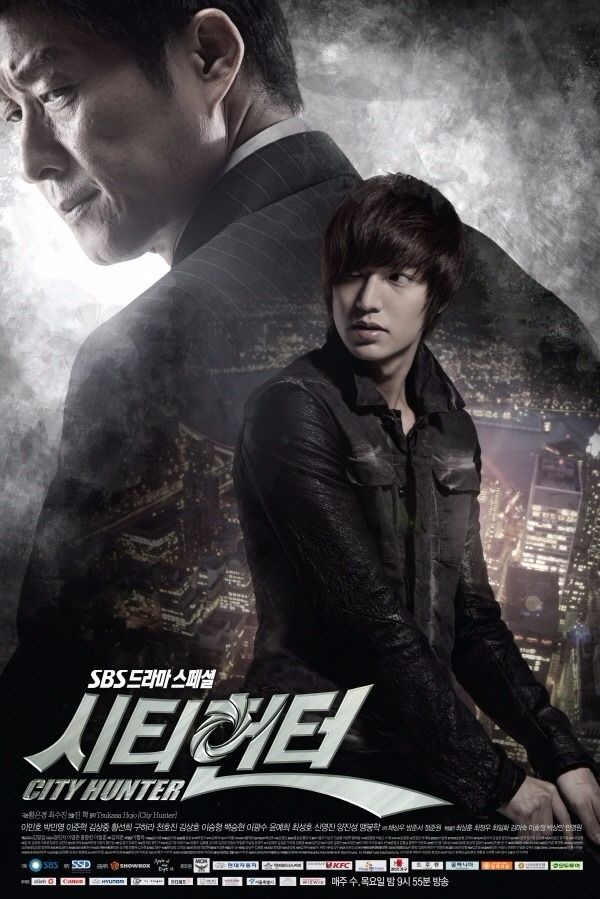 Lee Yoon-Sung (Lee Min-Ho) works at the Blue House for the National Communication Network Team. He graduated from M.I.T. in the U.S. and possesses elite skills as an I.T. engineer. At the Blue House, Yoon-Sung meets Kim Na-Na (Park Min-Young), who works as a bodyguard there. The two people fall for each other even though Yoon-Sung was warned not to fall in love. An elaborate plan for revenge is his ultimate mission... -asianwiki

I still remember when the drama was aired, a lot of korean drama fans are enthusiastic about City Hunter. One reason is because of Lee Min-ho became the main lead alongside with Park Min-young. This also makes me so curious about this drama so I try to watch it. But unfortunately I had to stop watching it on 8th episode of the total 20 episodes available. And here are several reasons why I stopped watching it: 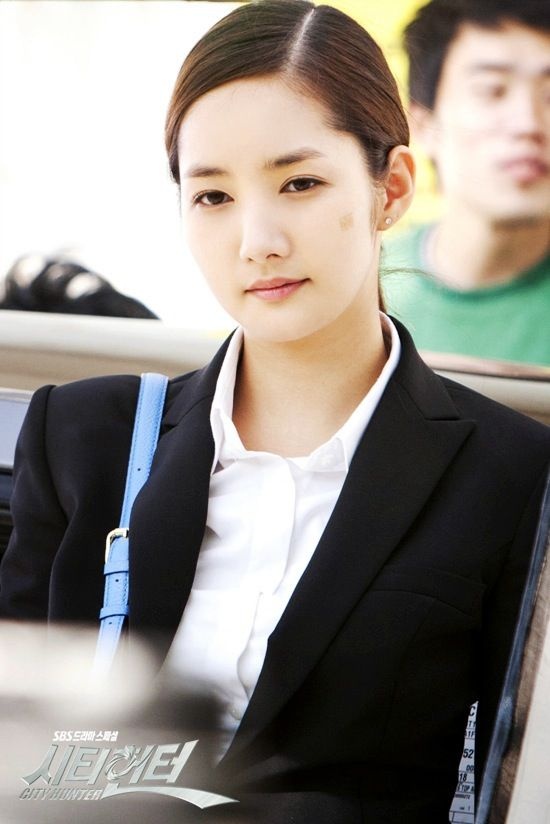 In my opinion City Hunter is one of the overrated drama among many overrated Korean drama. Even at that time spreaded the news that Lee Min-ho and Park Min-young engaged in romance and dating. But, yeah, everyone has their own view and a different preferences. With some of the reasons above I finally decided to drop this drama. 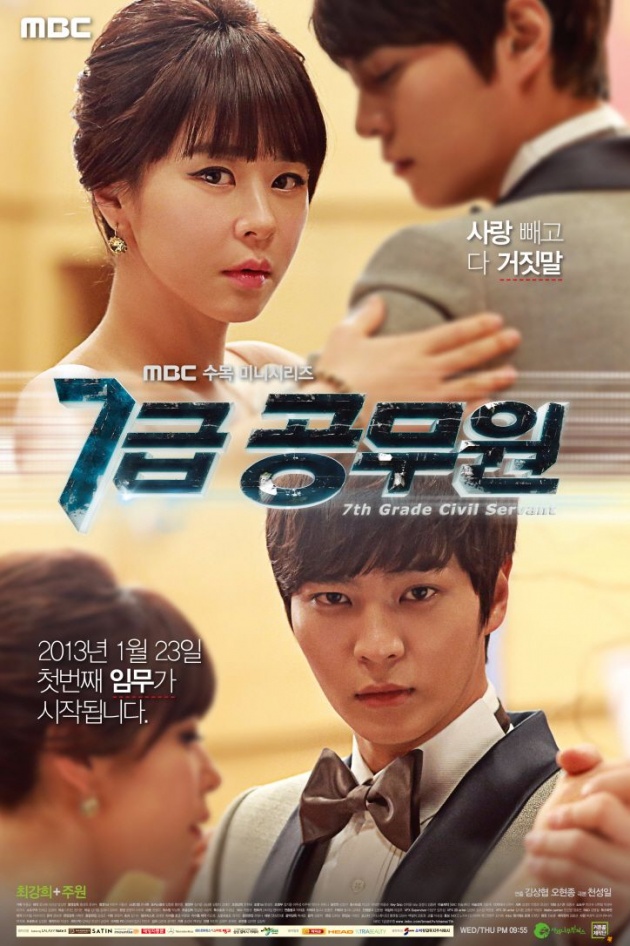 "7th Grade Civil Servant" depicts the friendships and love of new agents at the NIS (National Intelligence Service). Gil-Ro (Joo Won) dreamed of becoming a secret agent since watching James Bond films as a child. He's able to realize those dreams after becoming an agent at the NIS. -asianwiki

I still remember even when the drama have not aired many fans of Joo-won (as the male lead in the drama) criticize about the female lead in the drama, Choi Gang-hee. They say that Choi Gang-hee was mismatched with Joo-won, especially with the age range which is quite far. And they think that she is too old or not pretty for Joo-won. At that time I could only laugh when reading the comments about it on a forum. 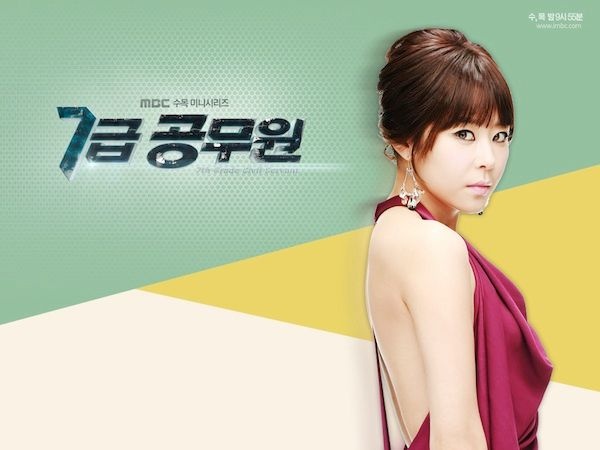 However, as for me, I am not too concerned about the main actor, Joo-won and Choi Gang-hee. I've saw dramas and movies from Choi Gang-hee before, and for me she is a good actress. I prefer the main female who are not pretty but good in acting rather than has pretty face but not that good at acting. And the reason why I stopped watching this drama is not because the main cast of this drama but precisely because of the supporting cast. 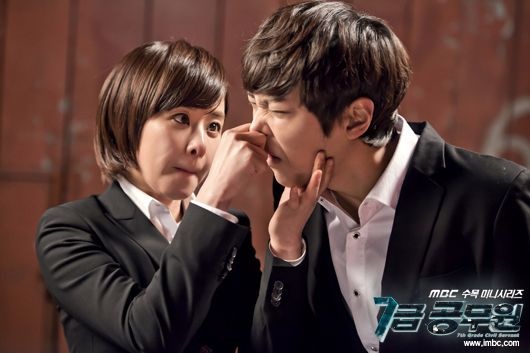 One of the things that made me decide to stop watching this drama was because there are several supporting characters in this drama that I think is very disturbing and annoying. An example is the character of the parents of the heroine (Kim Seo-won). Whenever I see them I feel irritated and annoyed with them. And I think their character were not needed in this drama. Whenever they appear on screen it was supposed to be a comedic scene, but for me they were not funny and even bother me. At first I was just let it pass when saw them in some early episodes, but then I always skipped their scene whenever they appeared. As a parent they can only be troublesome for their daughter and for me it is too bothersome, and finally I decided to stop watching this drama in the fifth episode of the total 20 episodes. 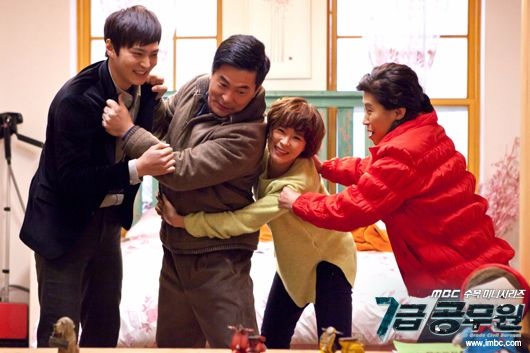 And in terms of story, 7th Grade Civil Servant for me is pretty good. This drama is a remake of the action, romance, and comedy movie "My Girlfriend is an Agent (2009)" which is enjoyable for me. But this drama is still lacking something in the story. I think this drama still lacks in terms of comedy. There are some scenes that are supposed to be funny scene but for me it was "meh". And some of the character should be improved so it won't bothers the audience.

That's it for Dropped Korean Dramas List, And The Reason Why - Episode 02. Actually I don't know what I have to write lately, and finally I choose this topic since this is quite easy to write, even though I only wrote about two Korean drama tittle in this blog. Forgive me if there's offensive words, because this blog was written based on my opinion only, and of course everyone have different opinion. If you have seen Korean dramas above, do not forget to leave a comment bellow how was it, though I'm sure Korean drama lovers is rarely found in bitLanders world. :3
See you next time in episode 03~