The East India Company (EIC) was an English, and later British, trading corporation that grew to be an imperial power, ruling most of India.

The company began in 1600 with a group of English merchants wanting to take advantage of the vast proﬁts that could be made by trading spices from the East Indies (modern day Indonesia). These spices were in huge demand in Europe. The merchants were granted a charter by Elizabeth I giving their new company monopoly rights over trade in the region. But when they arrived in the East Indies, the company’s representatives discovered that the Dutch and Portuguese had already sewn up the spice trade, with few opportunities for newcomers. Instead, the company turned to India, attracted by its high- quality textiles.
The ﬁrst voyages were funded separately, but within a few years, the EIC had become a joint stock. As with today’s multinational corporations, shares could be bought and sold, and shareholders in the company received dividends.
In the early 17th century, much of India was ruled by the Mughal dynasty, whose power and wealth easily eclipsed that of the English crown. The Mughals saw little threat from the English and so allowed them to set up small coastal outposts. From there, the EIC traded a variety of products, including textiles, which fetched high prices in England. 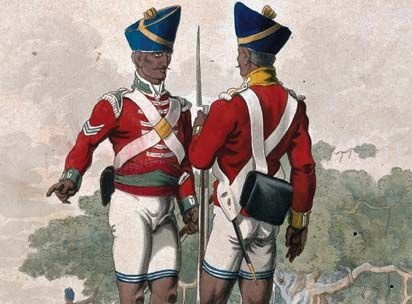 Until well into the 18th century its main focus was trade, but two important factors caused that to change. Firstly, internal divisions saw the Mughal empire weaken and disintegrate, resulting in a power vacuum. Secondly, throughout the 18th century, Britain was engaged in a long series of wars with France, which led to clashes in India where the countries jostled for inﬂuence. The EIC always had small groups of soldiers to protect their trading areas, but as India became more uncertain and hostile, the company built up an army that would eventually number over 200,000 men. is force, largely comprising Indian soldiers, enabled the company to become an imperial power. In 1757, the EIC defeated the ruler of Bengal at the Battle of Plassey, following his capture of a company settlement at Calcutta the year before. Within a few years, the company assumed control of Bengal and gradually expanded, conquering one province after another until it dominated the Indian peninsula. As it took over territories, the company realised that it could make a great deal of money from taxes and customs duties, which soon rivalled trade in importance. 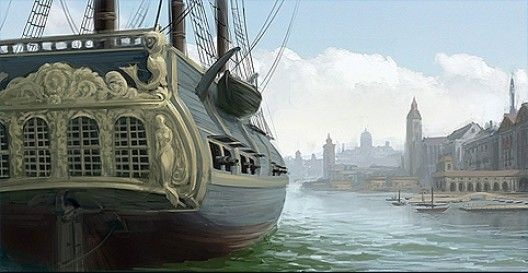 Although India was its main focus, the company was active in other parts of Asia as well. Singapore was founded as a colony by the EIC in the early 19th century. They also traded extensively with China, which produced tea and porcelain. In order to pay for goods, company traders illegally exported Indian opium into China, setting o a chain of events that eventually led to the Opium Wars.
By the mid-19th century, the EIC had lost many of its trading privileges, and its main role was to administer India for the British government. This unusual situation had long caused unease in Britain, leading to several laws being passed to regulate the company’s behaviour. In 1857, a major rebellion broke out in India against British rule, which was only suppressed with a tragic amount of bloodshed. is was the ﬁnal straw for the British government, who stepped in to take direct control of India, leaving the EIC with little remaining purpose. The company was formally dissolved in 1873.