San Francisco - A site called Ello rumored to be the anti-Facebook site. The site will not load ads at all. 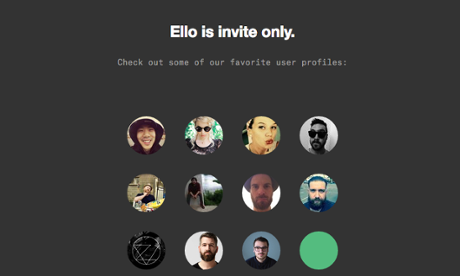 As reported by USA Today, Ello was created by a group of artists and programmers which consists of seven people. Ello has a logo in the form of a white smile image with a black background. Unfortunately, the new site is still in beta format.

If you want to join, one must obtain an invitation from those who are already members of the site. However, a request to join can also be sent via the homepage. Paul Budnitz, one of the creators of site, stated on Thursday that the site has BetaBeat receive up to 31 thousand requests per hour. Even today the invitation sold through eBay.

If you already have a personal profile, users can comment, mention other users, use emoji, and find out how many times a post has been viewed. Comments multimedia, notifications center, and mobile applications also rumored to be soon available. In addition, if his users find other users on the site, he can follow them with "friends" or "noise". No one will know the user puts other users at the category where.

The creators Ello also revealed that users may freely use the site for good. However, sometimes they also will offer a special feature. The user must also pays for "very little money" to add these features to their account.