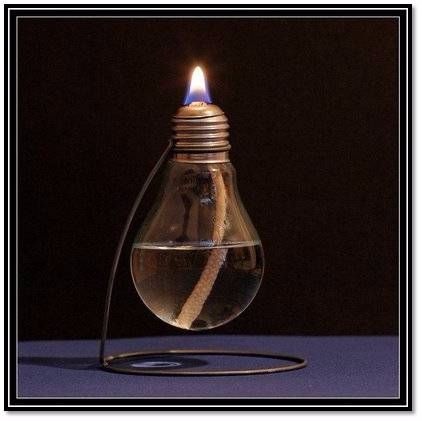 Energy is considered to be life line of any economy and most vital instrument of socioeconomic development of a country. Energy is pivotal in running machinery in factories and industrial units, for lighting our cities and powering our vehicles etc.

There has been an enormous increase in the demand of energy as a result of industrial development and population growth, in comparison to enhancement in energy production. Supply of energy is, therefore, far less than the actual demand, resultantly crisis has emerged. An energy crisis can be defined as any great bottleneck (or price rise) in the supply of energy resources to an economy.

Pakistan’s energy infrastructure is not well developed, rather it is considered to be underdeveloped and poorly managed. Currently the country is facing severe energy crisis. Despite of strong economic growth and rising energy demand during past decade, no serious efforts have been made to install new capacity of generation. Moreover, rapid demand growth, transmission losses due to outdated infrastructure, power theft, and seasonal reductions in the availability of hydropower have worsened the situation. Consequently, the demand exceeds supply and hence load-shedding is a common phenomenon through power shutdown.

During 2009-10, Energy supply and per capita availability of energy witnessed a decline of 0.64 % and 3.09 % respectively in comparison to previous year.

Pakistan needs around 15,000 to 20000 MW electricity per day, however, currently it is able to produce about 11,500 MW per day hence there is a shortfall of about 4000 to 9000 MW per day. This shortage is badly hampering the economic growth of the country.

3. Sources of Energy in Pakistan:

Non renewable resources are primarily fossil fuels emanating from remains/decomposition of animals and plants deposited deep into the earth crust and converted into oil and gas. These resources cannot be replenished. There are three main types of fossil fuels: coal, petroleum, natural gas and liquefied petroleum gas (LPG).
a). Petroleum products:
In 2009-10, consumption of petroleum products was 29% of total share of energy. Majority of crude oil is imported from gulf countries to meet the demand. Power, industry and transport sectors consume higher quantity of petroleum followed by agriculture and house holds. Petroleum is also used in generation of electricity, which counts 64 percent of total electricity generation (34 coming from hydro generation). Balance recoverable reserves of crude oil in country have been estimated at 303.63 million barrels and we are extracting approximately 24 million crude oil annually, meaning if we do not explore new wells, we will exhaust our current crude oil reserves in 12-13 years.
b). Natural Gas:
Importance of natural gas is increasing rapidly. Average production of natural gas is 4,048.76 million cubic feet per day as against 3,986.53 million during corresponding last year, showing an increase of 1.56 percent. Natural gas is used in general industry to prepare consumer items, to produce cement, for manufacturing fertilizers and to generate electricity. In form of CNG, it is used in transport sector. Share of natural gas in energy consumption is 43.7 percent. Due to price differential between CNG and Petrol, vehicles are using converted to CNG and approximately 2.0 million vehicles are using CNG and currently Pakistan is the largest CNG user country in the world. Liquefied petroleum gas (LPG) contributes around 0.7 percent to total energy supply in country and is being imported to stop deforestation in hilly areas.
c). Coal:
Pakistan has coal reserves estimated at over 185 billion tonnes, including 175 billion tonnes identified at Thar coalfields. Coal is primarily being used in brick kiln and cement industries and approximately 67 percent coal is imported because indigenous coal is not considered of good quality.

Renewable energy resources are those, which are naturally replenished and comes from resources such as water, sunlight, wind, rain, tides, and geothermal heat.
a). Hydro power:
Hydro power is generated by using electricity generators to extract energy from moving water. Pakistan is having rich resource of energy in hydal power, however, only 34 % of total electricity generation is coming from hydro power. Currently we are having 6555 MW against the potential of 41000 to 45000 MW.
Current Hydropower stations:
Tarbella Dam : 3,478 MW
Ghazi Brotha: 1450 MW
Mangla 1,000 MW
Warsak 240 MW
Chashma 184 MW
Potential Hydropower stations:

3.3 Alternative Sources of Energy :
a). Wind:
Wind power harnesses the power of the wind to propel the blades of wind turbines. These turbines cause the rotation of magnets, which creates electricity. Though Pakistan has potentials of wind energy ranging from 10000 MW to 50000 MW, yet power generation through wind is in initial stages in Pakistan and currently 06 MW has been installed in first phase in Jhampir through a Turkish company and 50 MW will be installed shortly. More wind power plants will be built in Jhampir, Gharo, Keti Bandar and Bin Qasim Karachi.
b). Solar :
Solar power involves using solar cells to convert sunlight into electricity, using sunlight hitting solar thermal panels to convert sunlight to heat water or air. Pakistan has potential of more than 100,000 MW from solar energy. Building of solar power plants is underway in Kashmir, Punjab, Sindh and Balochistan. However, private vendors are importing panels / solar water heaters for consumption in the market. Alternative Energy Development Board (AEDB) is working for 20,000 solar water heaters in Gilgit Baltistan. Mobile companies have been asked by the government to shift supply of energy to their transmission towers from petroleum to solar energy panels.
c). Agricultural biomass /biodiesel :
Biomass production involves using garbage or other renewable resources such as sugarcane, corn or other vegetation to generate electricity. When garbage decomposes, methane is produced and captured in pipes and later burned to produce electricity. Vegetation and wood can be burned directly to generate energy, like fossil fuels, or processed to form alcohols. Brazil has one of the largest renewable energy programs from biomass/biodiesel in the world, followed by USA. Alternative Energy Development Board (AEDB) of Pakistan has planned to generate 10 MW of electricity from municipal waste in Karachi followed by similar projects in twenty cities of country.
d). Tidal:

Tidal power can be extracted from Moon-gravity-powered tides by locating a water turbine in a tidal current. The turbine can turn an electrical generator, or a gas compressor, that can then store energy until needed. Coastal tides are a source of clean, free, renewable, and sustainable energy.
Plans are underway in Pakistan to harness tidal energy, however, no implementation has been made so far.
3.4 Nuclear:
Nuclear power stations use nuclear fission reaction to generate energy by the reaction of uranium inside a nuclear reactor. Pakistan has a small nuclear power program, with 425 MW capacity, but there are plans to increase this capacity substantially.

Since Pakistan is outside the Nuclear Non-Proliferation Treaty, it is excluded from trade in nuclear plant or materials, which hinders its development of civil nuclear energy. Remaining issues in development of nuclear energy are enricment of uranium from U235 to U238, controlling chain reaction and dumping of solid waste.
Pakistan Nuclear Power Reactors
Reactor Type MW Construction started Commercial operation
Karachi PHWR 125 1966 1972
Chashma 1 PWR 300 1993 2000
Chashma 2 PWR 300 2005 expected 2011
Total 425 MW
* Pressurized heavy water reactor (PHWR) - Canadian based reactors
** Pressurized water reactor (PWR) – Chinese based reactors
4. Causes of Energy Crisis : Pakistan’s energy crisis traces its roots to following distinct causes :
Growing Energy Demand
; over the years there is greater need of energy because of;
• increase in population,
• enhancement in lifestyle
• industrial and agricultural growth
• greater transportation needs
Lack of proactive and integrated planning for production of energy:

Pakistan has had wider potentials to tap energy, however, due to lack of any integrated/proactive planning, very less number of power producing plant were installed to meet futuristic demands. Resultantly, over the years, the gap between energy demand and supply drastically grew and now against demand of 20000 MW, we are having around 11500 MW.
Imbalanced energy energy mix

Energy mix in Pakistan is quite imbalance in comparison to other countries, with greater reliance on non-renewable resources of gas (43.7 %) and oil (29 % - majority of which is imported). Prices of petroleum products/crude oil fluctuate and in current Afro-Arab political crisis, the oil prices are likely to increase manifold affecting oil prices in Pakistan.

A rational energy mix planning ought to be developed giving greater dependency to renewable (hydel power), indigenous (coal) and alternative energy resources (wind and solar energy). Nuclear energy can
Non-utilization of enormous indigenous energy resources:
o Thar Coal:
Pakistan is having one of the largest coal fields in Thar, having reserves of more than 175 billion tones, which exceeds equivalent oil reserves of Saudi Arabia, Iran etc.
In addition to power generation, this coal can be used for chemical and fertilizer production.
Moreover, employment provided to workforce can be instrumental in increasing GDP and economic prosperity to many families.
o Hydal power generation :
Pakistan has potential of hydro resources to generate 41000 to 45000 MW, however, only 6555 MW is currently being generated by this important renewable resource.
Four large hydro power dams namely Kalabagh 3600 MW, Bhasha 4500 MW, Bunji 5400 MW and Dasu 3800 MW can be constructed to generate hydro electricity.
Similarly, many small to medium hydro plants can be installed on rivers and canals etc.
5. Consequences of Energy Crisis :

i). Economic Factors: Energy is pivotal for running all other resources and crisis of energy directly influences all other sectors of the economy. The economic progress is hampered by decline in agricultural productivity as well as by halting in operations of industries. One important factor of lower GDP and inflation of commodity prices in recent years is attributed to shortfalls in energy supply.

v). Social Issues: This factor is primarily related to the domestic usage of energy (cooking, heating and water provision). Load shedding cause unrest and frustration amongst the people and results in agitation against the government.

vi). Poverty: Declination in economic growth, lower agricultural productivity, unemployment and shackling industrial growth result in increasing poverty. Currently, around forty percent of our population is living beyond poverty line and this ratio is increasing day by day. Ample control of energy crisis will surely yield in curbing the menace of poverty.

Energy Crisis has, moreorless, plagued all sectors of Pakistan’s machinery ranging from economy to industry, agriculture to social life, inflation to poverty and it is hampering national progress in a drastic manner. Nonetheless, menace of energy crisis can be overwhelmed by government through making effective policies and its proactive implementation. Simultaneously, it is the responsibility of us, the people of Pakistan, to utilize the available energy astutely and wisely to play our due role for progress of the country. 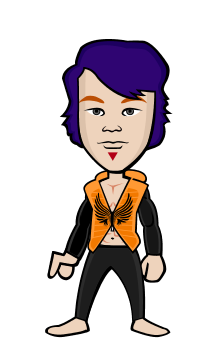 i have done my master form balochistan university of quetta