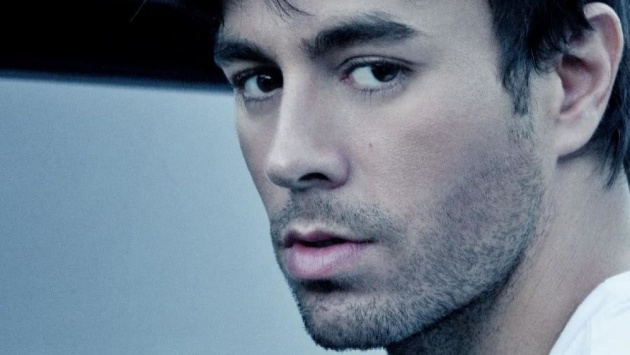 Hello Friends, I hope you are doing fine. Today, I have come up with my another new blog with the title of Enrique Iglesias - King Of Latin Pop.  Friends, Enrique Iglesias is a sweet Latino personality with an even sweeter voice.   Enrique Iglesias is a renowned personality in the world of music.  He is a popular singer in North America, South America, Europe and in all countries where English and Spanish are spoken and music is famous.   Enrique Iglesias is called the King Of Latin Pop because he is a Grammy Award winning singer who has also won many Latin Grammy Awards, Billboard Latin Music Awards, MTV Music Awards, Premios Lo Nuestro Awards and World Music Awards.  Enrique Iglesias is famous for his sultry and high vocal quality voice.  He has been successful throughout his music career and has sold over whopping number of 137 Million records across the globe and has at least 70 Number one songs, both English and Spanish, on various Billboard Music Charts.  His songs are liked all around the world and he also has a manly personality and appearance which attracts many female fans across the globe and has a large fan following around the music world.  He is considered to be one of the greatest Spanish artist in the history because he has sold millions of albums, singles and videos which include his work in English as well.  In this Blog, I shall discuss his career, starting from his early life and moving towards his efforts in the music world and the life after the stardom he has attained. 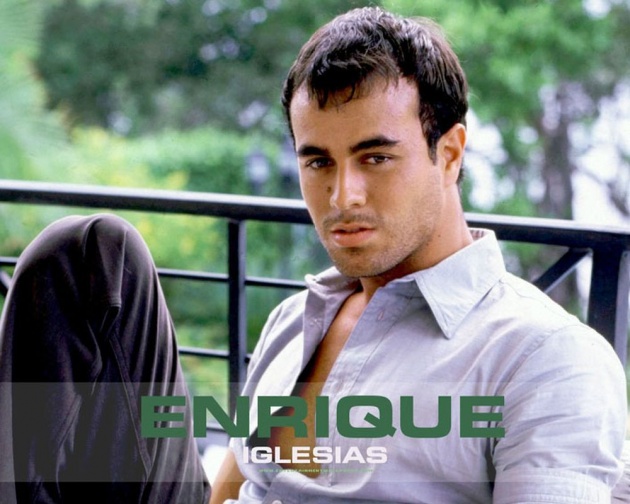 I know it sounds corny, but when you follow your dreams, it happens. And if it's music, take it seriously.

Dear Friends, Enrique Iglesias was born in Madrid, Spain on May 8, 1975.  His father is a well-known Spanish singer Julio Iglesias who was also a former football player.  Enrique Iglesias's mother Isabel Preysler is of Philippine origin and is a well-known socialite in Madrid.  Enrique Iglesias was named Enrique Miguel Iglesias Preysler by his parents.  Since Enrique Iglesias's father was also fond of music, that is why Enrique Iglesias started to take interest in music in his early age and also started writing songs for himself.  He was sent to Miami, Florida after the separation of his parents and started to give more attention towards his passion for music.  He was not very much interested in any other thing and he had decided early to follow his father's footsteps to become international star in the world of music.  He joined Miami University in the Business Administration program, however, he was dropped out after one year because he was unable to give proper time to his studies and only wanted to do music.  By this time, he had also started to give public performance at bars and restaurants with his friends.  His father did not like and appreciate his plans to become a singing star, therefore, Enrique Iglesias continued to pursue his music intentions secretly.  By this time, He had started making demos of his music work and in order to get a breakthrough, he started sending his demos to different Producers under the name of Enrique Martinez.  Soon, his efforts paid off and he got the attention of Rafael Pérez-Botija and that is how Enrique Iglesias got his dream opportunity for making his first studio album.  He then started working on his first album and subsequently released in 1995.  Here, I shall highlight some of his popular Spanish and English albums which contributed immensely in achieving the stardom that Enrique Iglesias enjoys today. 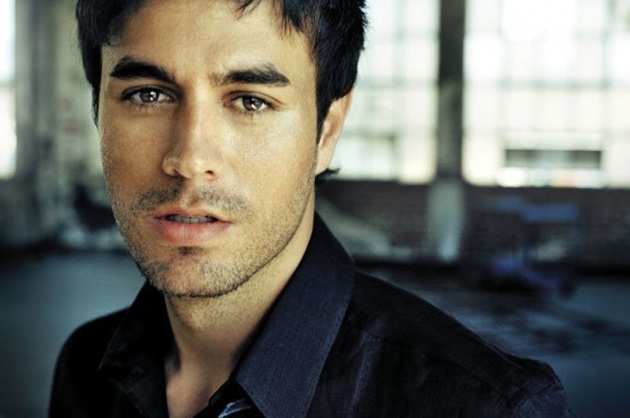 ♦     Certified as Platinum by the Recording Industry Association of America (RIAA).

♦     Certified as Gold in Portugal for its high selling and popularity in the country. 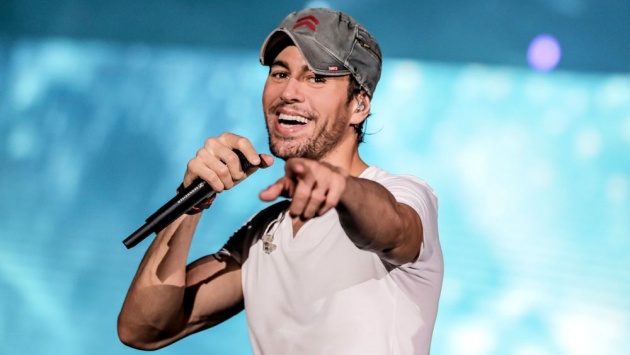 After conquering the Latin Music World and getting wide recognition, Enrique Iglesias released his first international English studio album with the title of Enrique in November 1999 under the banner of Interscope Records having signed a multi-album deal with them.  This album is also considered to be a big milestone in the career of Enrique Iglesias because it gave him enough fame and popularity on international level of music.   The decision by Enrique Iglesias to release an album which consisted of mainly English songs after his two previous Spanish albums paid off greatly.  This album received favorable reviews from music critics and was liked by music fans all over the world.  This album had 13 tracks and was based on Pop Music and Latino Pop music genres.  For this album, Enrique Iglesias had the collaboration with experienced Producers such as Grammy Award winning David Foster and Grammy Award winning singer Whitney Houston.  The album was declared to be Commercially Hit album and managed to sell more than 10 Million copies worldwide.  In order to promote this album, Enrique Iglesias released six singles and all managed to reach good positions on the US Billboard Hot 100 and two of them Bailamos and Be with You even managed to reach number one spot on the US Billboard Hot 100.  For this album as well, Enrique Iglesias received a lot of awards and certifications. Some of the highlights of Enrique Iglesias's awards for this album are as under:

♦     Certified as Platinum by the Recording Industry Association of America (RIAA).

♦     Certified as three times Platinum by the Music Canada.

♦     Certified as four times Platinum in Spain for its high selling and popularity in the country.

♦     Certified as Platinum in Germany, Italy, Norway and Poland for its high selling and popularity. 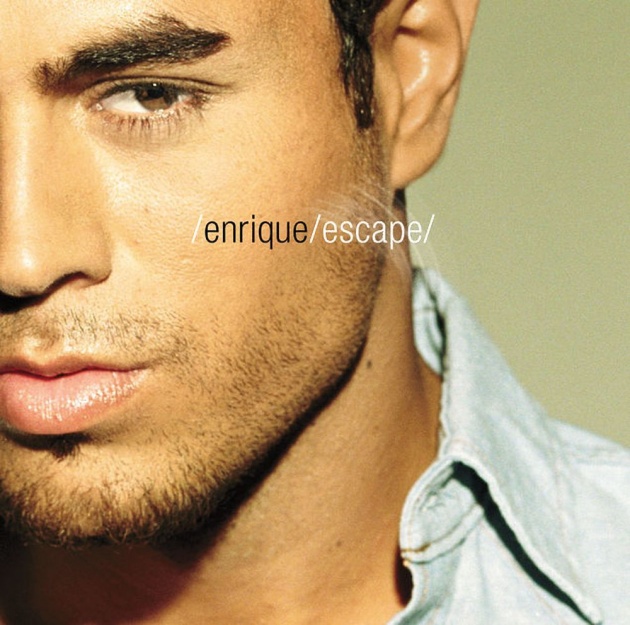 Enrique Iglesias released his fifth international studio album which was also his second English studio album with the title of Escape in October 2001 again under the banner of Interscope Records.   This album was released as a follow-up of his previous English album 'Enrique' which was a success on Music Charts.  This music album was also based on Pop Music and Latin Pop music genres.  Enrique Iglesias co-wrote the songs of this album and also co-produced in collaboration with another renowned Producer Kara DioGuardi.  This album received favorable reviews from music critics and was generally liked by music fans across the world.  This album was declared to be a Commercially Hit album and managed to sell more than 10 Million copies worldwide.  This was one of the Best-Selling albums in the year 2002 in many countries such as the United States, the United Kingdom, Canada, Australia, Germany and in many Latin speaking countries.

Enrique Iglesias released five singles from this album and all managed to reach within top 20 to top10 spots on Music Charts across the globe.  Especially, his released songs Hero, Escape and Love to See You Cry (video above) managed to reach top spots on the Music Charts US Billboard Hot 100 and US Billboard Hot Latin Songs.   Apart from reaching Platinum status in more than 35 countries, Enrique Iglesias received a lot of praise and recognition for this album.  Some of the certifications and accreditations he received for this album are mentioned here below:

♦     Certified as three times Platinum by the Recording Industry Association of America (RIAA).

♦     Certified as four times Platinum in the United Kingdom.

♦     Certified as five times Platinum by the Music Canada. 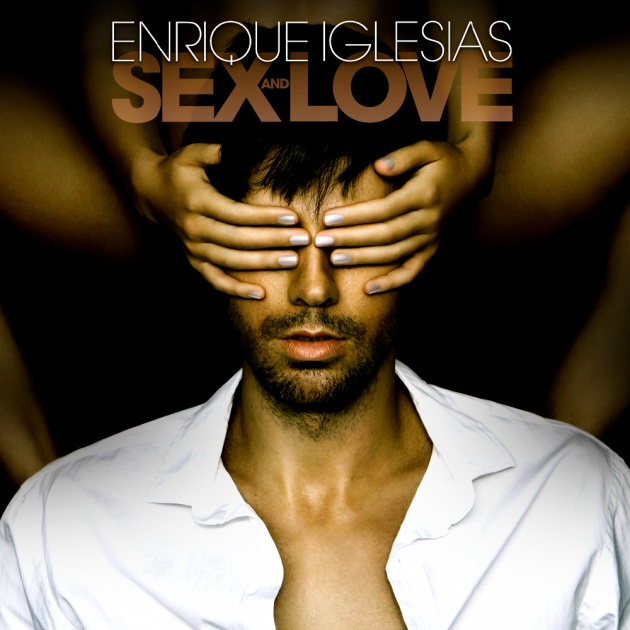 Enrique Iglesias released his tenth and the latest international English and Spanish studio album with the title of Sex and Love in March 2014 under the banner of Republic Records which works under Universal Music Group.   This music album contained 11 tracks and was based on Pop Music and Latin Pop music genres with a little touch of Electro-Pop Music.  In this album, Enrique Iglesias experimented a little bit and added vocals of other Pop and Latino Pop artists such as Kylie Minogue, Jennifer Lopez, Pitbull and Flo Rida.  This album also received positive reviews from the music critics and music lovers across the globe.  This album was declared a Hit as it managed to sell more than 4 Million copies worldwide.  Also, this was Enrique Iglesias's third album which managed to reach within top 10 positions on the Music Charts of US Billboard 200.

Enrique Iglesias released eight songs from this album and all managed to impress music lovers globally by managing to sell more than a massive number of 16 Million copies and progressed well on English as well as Latin Music Charts.  However, his released singles Loco, El Perdedor, I'm a Freak and Bailando (video above) were more famous than others.  Especially, his song Bailando managed to reach number one spot on US Billboard Hot Latin songs and is also one of the most viewed video song on youtube.com as its viewership has crossed more than 2 Billion.  On the whole, this album solidified the international fame of Enrique Iglesias and he received many awards and accreditations.  Some of the highlights of the certifications and recognitions he received for this album are mentioned here below:

♦     Certified as two times Platinum by the Recording Industry Association of America (RIAA).

♦     Certified as three times Platinum in the Chile, Ecuador, Peru and India. 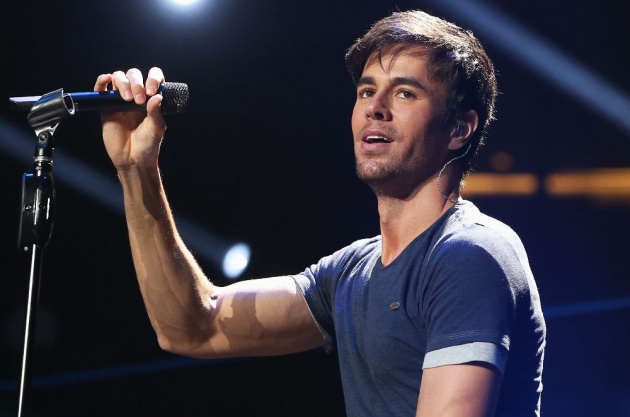 Enrique Iglesias is a famous Latino sensation who has distinction in Music, Singing, Songwriting, Production and also in Acting.  He is a very talented and handsome musician who is undoubtedly the King Of Latin Pop.  He is a globally renowned personality who has served for more than 20 years in the Show Business Industry giving his utmost efforts to provide Music Entertainment to people from all backgrounds.  He has an attractive voice and his vocal quality and range mesmerizes the audience.  He has a very friendly attitude and down to earth approach despite being an international star.  He is an active Philanthropist and Social Activist and is associated with many charity and welfare organizations.  He returns the favor to Millions of his fans (who loved him, loved his music and made him a star today) by helping poor and needy people in desperate situations.  He has been actively taking part in the help, fund-raising and overall well-being of people in catastrophic situations such as the Haiti Earthquake in 2010 in which he himself took part in the charity work.  He donated for American Red Cross to help people in Philippine after Typhoon Haiyan which devastated many people's lives.  He also urged his co-stars and fans to donate generously for the people who were suffering from natural disasters and facing problems like hunger, lack of medical healthcare and lack of education all around the world.  Enrique Iglesias still has a long way to go and we hope that he will continue to entertain the audience with his awesome talent of music creation.