This is the second post in the blog series I'm writing for my transmedia project, REFRESH. To read the first one, visit Refresh - The World of Transmedia and Multi-Platform Storytelling.

I guess it was three or four years ago (maybe five?) that I really started questioning how social media was affecting my personal relationships and the way I perceive myself, as well as my friends and acquaintances. Was I accurately representing myself on Facebook? Were they? Did it matter? Why did I care so much about what people were up to? Was I genuinely curious, or was I just killing time? Could it become an addiction? Why did it matter whether my posts received any likes or not? Would my life be better without Facebook? What about Twitter? Was I doing enough promote myself and my work? Was I creating a brand for myself or out of myself? What did that mean? The questions are endless. 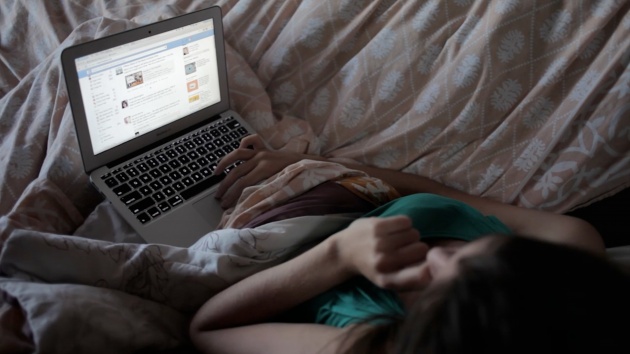 And that was three or four years ago... when social media wasn't the social media it is right now. There was no Instagram, no Vine, no Snapchat. I know I sound like a 70 year-old, but trust me, I'm "only" 28. I guess that's considered old though when you live in New York City. Anyway, getting back to what I was saying... Social media at the time was limited. But all these questions were circling my head, and I took relief in what I do best, or what I tend to do anyhow in times of confusion and frustration. I created a fictional character who lived inside my cerebral cortex. The character was a girl in her early 20s who decided to do an experiment and ONLY use social media for communication. That means no telephone conversations aka voice calls, limited face time, no letters or postcards of course. Only Facebook, Twitter, and whatever social platform existed at the time. Email and smartphones were OK too.

It wasn't too bad of an idea. I see plenty of films these days, which ask the question, 'What would so and so do without technology?' In my story, I was asking what would this young woman do with technology only? And her experiment would face the ultimate challenge when she fell in love with an older man who only communicated via "traditional" means. The things we do for love... Right? 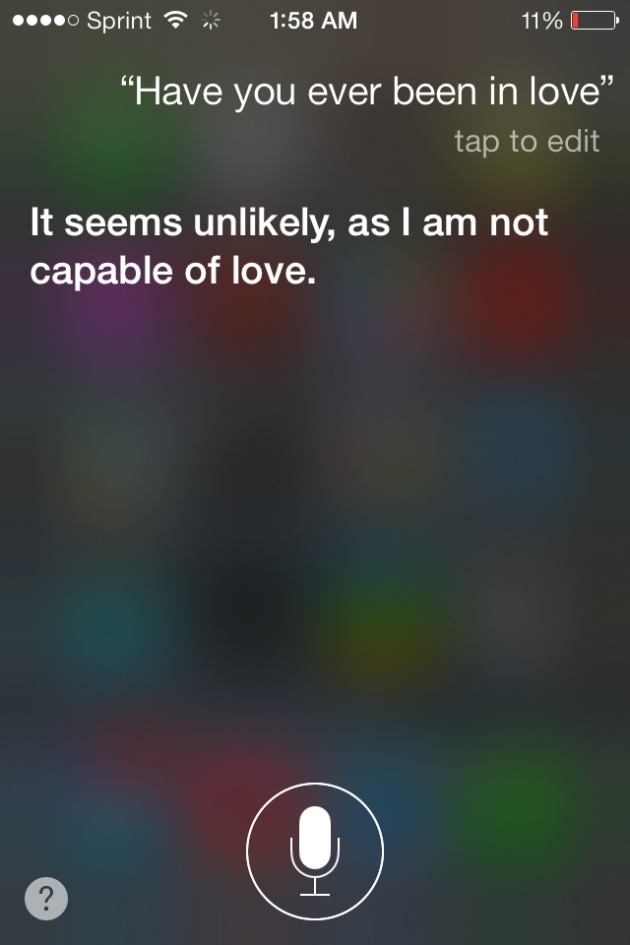 Of course, within the past years, my ideas changed, and so did the story. I'm glad I didn't shoot that short film at the time, because I probably wouldn't have created www.refreshthemovie.com now. I don't know what would have happened if I made a movie out of my idea then and the plot I introduced in the previous paragraph, but I would probably be attacking social media more than using it in a helpful way to make my project better. The project would be one-dimensional, because it would only be a movie, maybe go to a few festivals, and then collect dust on a shelf. Or it would keep living online, maybe on Film Annex, YouTube, or Vimeo, but it wouldn't have a life outside itself. It wouldn't have become transmedia.To have a life outside oneself... Is that possible? Or for a work of art to have a life outside itself? This is the question I'm interested in.

So, instead of being skeptical, I decided to use social media in the best way that I can. I started using it to develop my character and create awareness for my project. When I created REFRESH, I wanted it to be as visually simple as possible. You go on it, you see a video. You refresh your browser if you want to see a new video. If you don't, you do nothing and the video keeps looping. So, I'm asking, how badly do you want to see this character doing something different? And with that, I'm measuring that feeling of urgency and immediacy we get when we refresh our browsers to check if we have a new email or a new "like" or a new follower. How much are we like the girl on the screen? What is the level of our craving for instant gratification, and do we get cramps in our stomachs if we are not instantly satisfied? 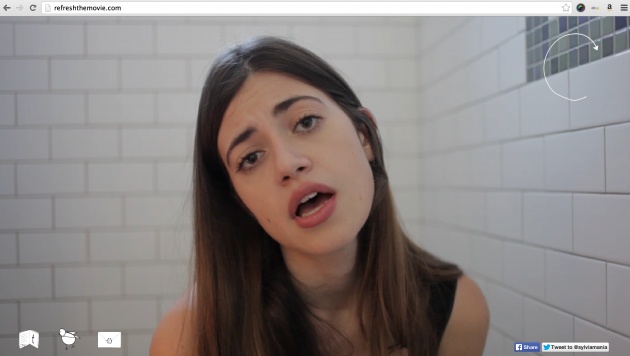 Sylvia, the main character of REFRESH, is on screen full-time whenever you visit the site. But that's not it. The little icons on the bottom left corner will take you to Sylvia's Twitter and Tumblr. On her Twitter, you read her ramblings, thoughts, and feelings. Some of them are light-hearted and funny. Some are depressing and sad. Some don't make sense at all. Some make too much sense. Because that's how she is. She is all of those things. She is 3-dimensional. On her Tumblr, you look at the pictures and videos she posts, hence having a better understanding of what she likes, hates, dreams of, etc. On both platforms, you get to know the character better. And remember, there is no movie yet. I'm developing my character by using social media. I'm also using it to create awareness for the project. If you follow Sylvia on Twitter and Tumblr or just visit her every once in awhile, you're not only getting to know her better, but also discovering/learning more about the project itself. Two birds, one stone? Maybe. And lastly, there's room for interaction via social media. You can tweet to her directly by using the "tweet to sylviamania" on the bottom right corner of the site. Well, maybe you won't now, because you know she is not real. But wait... She's not?

In the next blog, I'll get into more detail about the type of videos I'm shooting to create this "external" life for Sylvia. Stay put!