College students have become very fashion-minded. Fashion dominates the life of a large majority of them. With the exception of poor students who cannot afford the luxury of fashions, almost all students regard it as an essential part of their duty to march with fashion , and thus appear up-to-date and modern. Sometimes they march even quicker than the fashion and actually the lead to other people in this regard. This is not bad but their personality should be like a student. A visit to a college of today would indeed be an interesting experience for those who wish to know something about the influence of fashions on the student community. 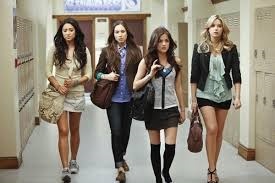 Boys as well as girls spend much of their precious time on toilet. Boys are seen dressed in expensive suits of the latest cut. They are skilled judges in the matter of dress , and eye one another’s clothes with keen interest. Each tries to excel others in the beauty and design of his clothes. Critically remarks are freely made regarding classmates whose suits do not fit them properly or whose ties do not match their suits. Envious glances are cast upon a student whose clothes are striking in design and perfect in tailoring. Everyone aims at wearing his clothes to the best advantage and at producing a favorable impression upon his teachers as well as on his class fellows. Those who are expensively dressed claim special privileges in the colleges because they think that their costly clothes are an additional qualification. This dandyism has disastrous results. Students often keep adjusting their ties and handkerchiefs in their coat pockets and they pay scant attention to class lectures. They look appreciatively   at their own nicely tailored suits and are filled with comfortable feeling that they are behind no one in observance of fashion. The teachers are helpless in the matter, and therefore the number of fops is on the increase in colleges. A recent trend among college boys is to wear what are known as “bell bottom trousers” which are so loose they look so odd and fantastic in these trousers. This is really a crazy fashion which should be curbed and stopped. 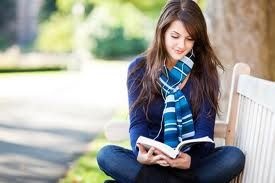 It is not only fashions in dress that marks college students. Going to pictures and visiting restaurants is also part of fashion. Every student thinks it desirable to know all about the leading films, actors and actresses. They may forget the formulae of Mathematics or the theories of Political science, but they do not forget the names of pictures in which Karina Kapoor ,Shah Rukh, Salman Khan,or Amir Khan may have acted. Similarly, taking tea and coffee at restaurants and coffee-houses is regarded as a mark of advancement. Moreover, the habit of smoking is becoming common among boys.

It is high time that the university authorities and parents of students did something to prevent their wards from thus wasting time and money on fashions. The declining pass percentage in the various university examinations every year shows how much harm these fashions are doing to the student community.