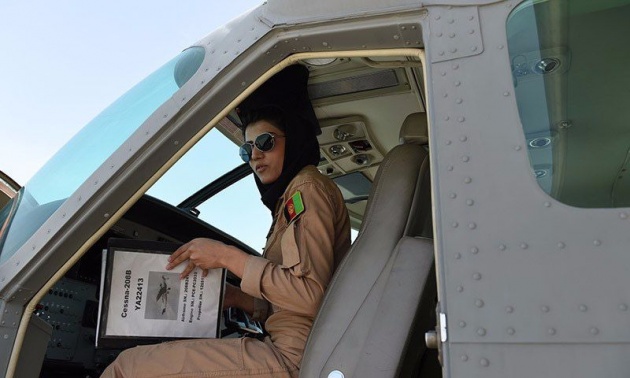 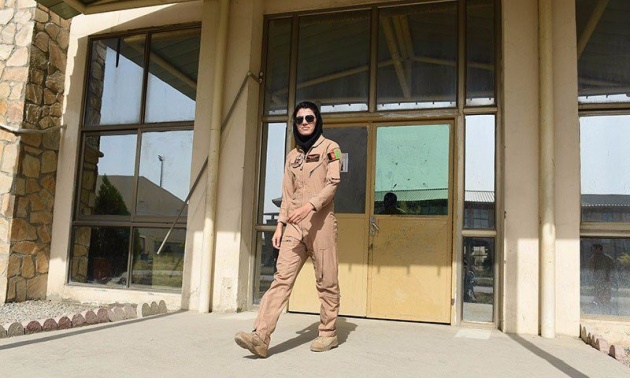 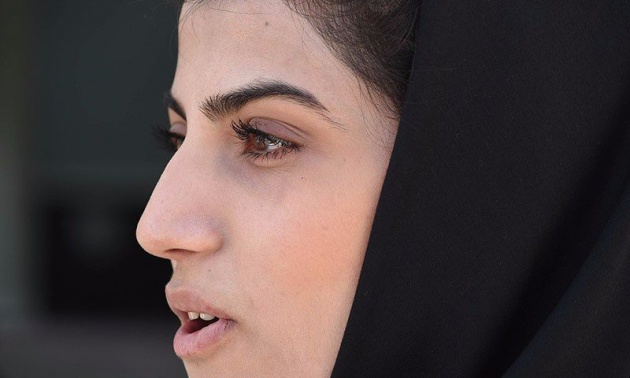 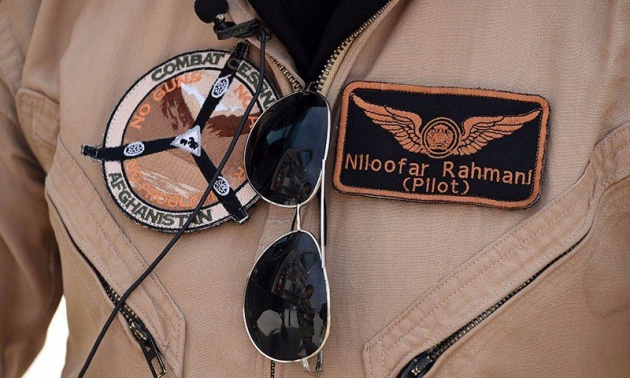 KABUL: With a hint of swagger, Afghanistan's first female pilot since the fall of the Taliban is defying death threats and archaic gender norms to infiltrate what is almost entirely a male preserve.

Dressed in khaki overalls, aviator shades and a black headscarf, 23-year-old Niloofar Rahmani cuts a striking presence as she struts across the tarmac at the Kabul Air Force base, which is otherwise devoid of women.

“Ever since I was a child, when I saw a bird in the sky, I wanted to fly a plane,” she told AFP at the base, hemmed in by rolling dun-coloured hills. “Many girls in Afghanistan have dreams... but a number of problems, threats stand in the way.“

Rahmani, who grew up in Kabul, enlisted for an air force training programme in 2010 and kept it secret from her relatives who believe a woman does not belong outside the home.

Two years later she became the first female fixed-wing aviator in Afghanistan's history and the country's first woman pilot since the ouster of the Taliban regime.

The once-unimaginable feat recently won her the US State Department's International Women of Courage Award, and earned her the sobriquet “Afghan Top Gun” on social media, after the 1986 Tom Cruise film about flying aces in the US Navy.

It is believed there were female Afghan pilots during the pre-Taliban Communist era, but details are scant. Nearly 14 years since the Taliban government was toppled in a US-led invasion, Afghan women have taken giant strides of progress, with female lawmakers and security personnel now commonplace.

That marks a sea change in women's rights, as previously women weren't allowed to leave their homes without a male chaperone and were brutally consigned to the shadows.

Rahmani has received threatening calls and letters purportedly from the Taliban, warning her to quit. The threats grew so menacing in 2013 that she was forced to leave the country for two months.

“They threatened to hurt me and my family,” she said over the roar of military transport planes.

“My only choice was to be strong and ignore them. “Rahmani always carries a pistol for her protection and though she has grown accustomed to the ogling eyes of men, she never leaves the base in uniform, lest it make her a target.

“Simple things like walking in the streets, going shopping is no longer possible. My freedom has all gone,” she said.

But more than physical threats, it is pervasive conservatism that hurts the most, with Afghanistan stuck in what many deride as a medieval time warp.

Rahmani says she was heartbroken when a mob in Kabul savagely lynched a young woman called Farkhunda last month after an amulet seller, whom she had castigated, falsely accused her of burning the Quran.

“Animals don't do this to other animals,” she said of the daylight murder which sparked nationwide protests. “This wasn't done by the Taliban. These were ordinary people, the young Afghan generation.“

Rahmani also recalled a flight mission when she defied orders from a superior who stopped her from airlifting wounded soldiers in a restive southern province.

Women are traditionally forbidden from transporting the dead or wounded in Afghanistan as “many believe that females have a small heart and are too emotional,” Rahmani said.

Upon completing the task, “I told my commander, 'punish me if you think I did anything wrong',” she recalled.

“He smiled and said: 'you did good'. “In order to be treated on a par with her male colleagues, Rahmani says she can't afford to display jangled nerves. “I have to be tough -- so tough, showing no emotion,” she said.

But while Rahmani is pushing at the boundaries of change, she is cautious not to disrespect cultural norms in a country known for its strict gender segregation.

One recent morning, when a male colleague at the base reached out to shake her hand, she declined. “Why not?” he said, disappointed.

Rahmani smiled politely and later told AFP she didn't want to send out the wrong signal. 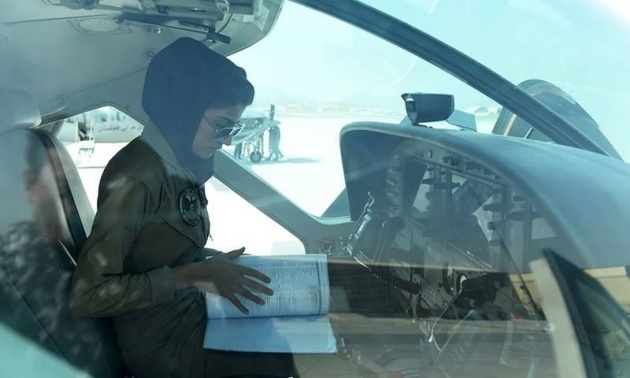 In conservative Afghanistan, even a simple gesture such as a handshake between men and women can sometimes be interpreted as a sign of bad character.

Rahmani is only one of three Afghan women who have trained to become pilots since the 2001 invasion, and one of them has since quit the air force.

When asked how long it would be before the air force has an equal number of men and women pilots, she was forthright.