We know that all of us here are passionate about two things: filmmaking and Bitcoin. This is the one place in the entire world wide web where the two come together, and for that I am grateful. But the real question is, how do we make it work?

I am of course talking about financing your film through Bitcoin. We all know about Hooroo Jackson's Aimy in a Cage, and there have been some films that you can buy using Bitcoin, but neither of these cases is what I am talking about. In the first, Jackson was an early Bitcoin adopter who basically became a millionaire, and used that money to fund his film. In the second (and others like it), we're just talking about buying and selling the finished product.

I want to open this up to talk about what we can do, each of us, as a community, now and in the future, to raise money to fund a film project using Bitcoin.

We all know about Kickstarter and IndieGoGo, and we know we can have a "Donate Bitcoin" widget on our WordPress websites, but what about a platform for crowd-funding using Bitcoin? For that matter, could Film Annex be used in this way, where we as members have the option of clicking on someone else's movie, and be able to donate from our accounts?

I think the future of film financing through Bitcoin rests with us, those who are equally passionate about filmmaking and Bitcoin. We should be pioneers in this very nascent but potentially exciting field. 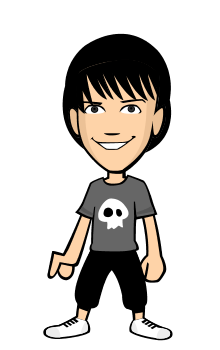 Exeter Chiefs are top of the table until tomorrow!

Was at the game today, and we got absolutely rolled. Good to see the boys come back into it, from wh…

Would you want a phone with a replacement battery or a premium phone with battery sealed in?…