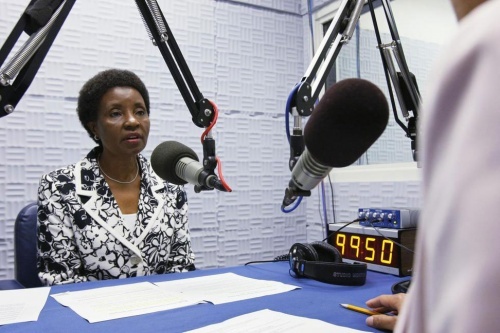 Has radio been totally made irrelevant by social media? Radio as a facilitator of education, freedom of expression and public debate will be celebrated as World Radio Day is observed for the first time on Monday by the United Nations Educational, Scientific and Cultural Organization (UNESCO). “In a world changing quickly, we must make the most of radio’s ability to connect people and societies, to share knowledge and information and to strengthen understanding. This World Radio Day is a moment to recognize the marvel of radio and to harness its power for the benefit of all,” said UNESCO Director General, Irina Bokova in her message on the occasion of the first World Radio Day. Radio can reach up to 95% of the world’s population, radio is the most prevalent mass medium which has the ability to reach remote communities and marginalized groups at a low cost. It has also proven to be highly resilient as its scope and distribution platforms have grown with the development of new technologies. “Radio is the mass medium that reaches the widest audience, especially the most marginalized parts of our societies. Free, independent and pluralistic radio is essential for healthy societies, it is vital for advancing human rights and fundamental freedoms,” according to Ms. Bokova. UN Radio: The observance of they day on 13 February also marks the anniversary of UN Radio, which was launched in 1946. UNESCO stressed the importance of radio as a vital source of information during natural disasters, and as a central instrument in community life with the potential of mobilizing social change. Only a decade or so earlier, as UN Ambassador I was frequently communicating to the globe over the radio. UN debates were broadcast and commentary provided. Some Still do not have Radio: UNESCO noted that worldwide, up to one billion people still do not have access to radio. In Nepal, for example, almost one fifth of the people live in areas without radio coverage. “There are hundreds of radio stations in Nepal and we hope that they will use 13 February to celebrate their power,” said Axel Plathe, head of the UNESCO office in Kathmandu, the capital. “Radios have a crucial role in creating access to information in remote areas, especially in the mountainous regions where they are often the only media available.” It should noted that if one has Internet, chances are they also have access to most of the globe’s radio stations. Perhaps radio and the Internet are not so much in competition as complementary. To encourage public broadcasters and the public to celebrate the Day, UNESCO has created a website with audio messages in several languages and handbooks for community radio stations. The site also provides free access to UNESCO’s audio archives showcasing interviews with renowned figures such as Nelson Mandela, Pablo Neruda, Jorge Luis Borges, Pablo Picasso and Jean-Paul Sartre. By Ambassador Muhamed Sacirbey-Follow@MuhamedSacirbey Facebook – Become a Fan at “Diplomatically Incorrect” Twitter – Follow us at DiplomaticallyX “Diplomat-Artist” Channel - diplomaticallyincorrect.org/c/diplomat-artist Link to UN “World Radio Day” – Message Below from UNESCO, but Site is worthy a visit - www.unesco.org/new/en/communication-and-information/events/prizes-and-celebrations/celebrations/world-radio-day/ 13 February is a date proclaimed by UNESCO to celebrate radio broadcast, improve international cooperation among radio broadcasters and encourage decision-makers to create and provide access to information through radio, including community radios. It’s an occasion to draw attention to the unique value of radio, which remains the medium to reach the widest audience and is currently taking up new technological forms and devices. UNESCO encourages all countries to celebrate this Day by undertaking activities with diverse partners, such as national, regional and international broadcasting associations and organizations, non-governmental organizations, media organizations, outlets as well as the public at large. Check below all resources being made available for you for free. Let's celebrate!