This country is located at west of Europe with 51.1 million population. Due to 1789 revolution France is the owner of 120 papers and thousands of weekly papers, magazines and monthly papers. In Paris there are 13 news papers and 200 weeklies which have publications at the present time.

96 percent of its people are literate and remained 4 percent are illiterate. Publishers had calculated 240 papers for every one thousand people. 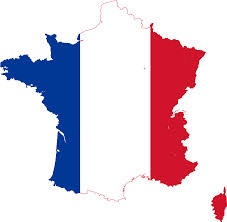 For the first time in 1471, three German publishers were invited to France which this period was a favorable time for growing of the Press. 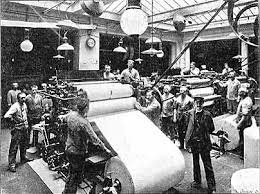 Printing was swiftly promoted in many cities; but like other Feudal Countries they used this art only for printing Religious books and text books.

The first people who are publishing news was poets that they were saying this with melody during their trips to other places in 13th and 14th century and after that reporters were procured in terms of trade goals that they had engaged for collecting and distributing news.

Old publishers, those who are printing books; they had not a sufficient incomes; so they had started printing news which this was a good way for rather income. The first publication was published in 1605 in the period of forth Henry that named Mercury Do France. This print media was publishing internal and external circumstances.

Most of France print Medias was started their activities since First and Second World War and many of them changed their name during these two world wars.

The excuse for converting their name is their cooperation with Hitler during World war Two. France publications which had activities in south of this country were thoroughly terminated up to 1942.

Middle parts of 20th century were the growth time of France publications in the event that before 1944, 13 newspapers and 40 weeklies were publishing; but after one year this country had 39 papers, 127 weeklies and 245 magazines.