In Italy in 1830,  Agostino Bassi proposed that the silkworm disease, muscardine was caused due to the presence of some microorganisms. During the same period in Germany, Theodor Schwann conducted a series of research on alcoholic fermentation of yeast and came up with the conclusion that it was caused due to the presence of some live element he proposed were a kind of micro-organisms - a claim that was largely mocked at by the leading chemists of the time who were used to consider the physio-chemical properties of the matter only and went biased in so far as to brand that Schwann relied on orthodox theories of medical science.

In 1847 in Vienna, Ignaz Semmelweis proposed that the medical professionals attending new mother's child birth wash (clean) their hands from hygienic point of view; this considerably reduced the rate of mothers' death during delivery owing to a widespread disease known as childbed fever. Nevertheless Ignaz's approach was also criticized at by his peers and he had to willy-nilly contian his claims.

By the year 1857 Louis Pasteur verified  Schwann's experiments on alcoholic fermentation of yeast by establishing his reputation that yeast are microorganisms and concluded his work with the remarks that the phenomenon would explain the spread of infectious diseases as well. In 1860, Pasteur's confirmation of bacterial yeast transformed into butyric acid motivated the fellow French man  Casimir Davaine to discover the same specie he called bacteridia that caused anthrax, a devastating cattle disease that played havoc with the cattle industry for centuries. The detection of bacteridia was not so frequent and was being treated as a consequence of the disease involved not the cause. 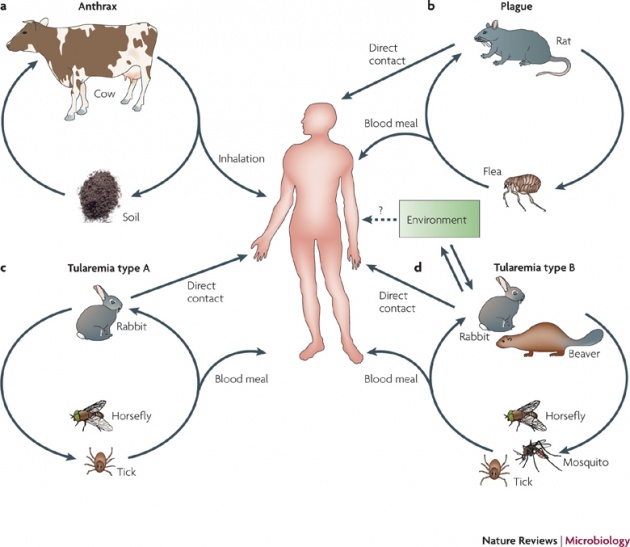 In 1865, a British doctor,  Joseph Lister introduced antisepsis, a method of wound cure; this treatment was largely shaped in the light of the findings of Louis Pasteur. German physician Robert Koch, keeping in view the findings of fellow German Ferdinand Cohn's regarding the behavior of certain sporadic species of bacteria, elicited the life cycle of Davaine's bacteria, detected spores and got the animal subjects injected with them and synthesized anthrax in the lab which proved a kindda milestone for experimental pathology and germ theory of disease. Pasteur group of researchers contributed to the ecological role of the development and spread of spores in nature while Koch propounded a revolutionary theory  in 1878 on how the bacteria cause different wound infections. By the year 1881 Koch had published tubercle bacillus that would coherently explain Koch's claim of 1878 and the germ theory thoroughly.