Going slow, but with the goal in mind

Well, a couple weeks had been pass since i told you something about my new animation short film in development; the fact is that the lats month I was very busy with the submission to the culture founds of the "National Council of the Culture and Arts" and also I was with a lot of storyboard work. So I was without time to advance so much on this new animation.

This process is an entire new way of production for me, is the first time that I´m working just on my own and sometimes I don´t know how to deal with it.

I know that is the work is no excuse because as a filmmaker we are always making movies and that´s makes me sad. But if I start to think in my previous process or in other animation process from other directors is normal to go slow in the production.

When I started with this I thought that for December everything is going to be done, but thinking in this moment and in the things that are done, I´m thinking that everything is going to be done for next year in March or April maybe, but I´m not sure. At this time I just want to advance at any speed I can, I always think that is always better to keep on moving that be sticked in the same point.

The other day one friend told me that he doesn´t understand how can I deal with project that make me spend years or a lot of months. And I don´t used to think about that because I just have one think in my mind, that is that "I want to make a movie". The problem is that always there´s a lot of problems in any way, sometimes is money, sometimes is time, sometimes is people, sometimes is the weather or anything; against that, the most important thing is to keep on going and always go ahead, at least for me this works.

I must admite that sometimes is really frustrating, but is important to know and be sure that you are going to goal.

And talking about "Book Eater", the other day I made a test puppet with my little brother in order to make some animation test and also to define the internal structure of the puppet. We are still preparing some little videos, and for now I take some photos of the puppet in order to make strong the art concept of the short film. 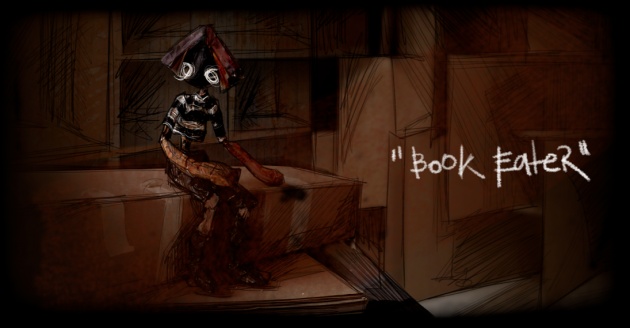 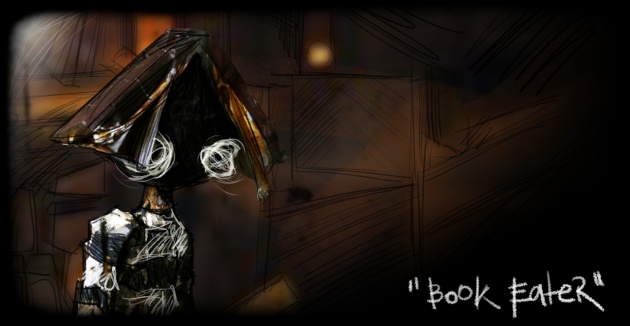 I hope to have more advances soon!!

Thanks again for reading and for your feedback!!