Grants / Scholarships / Aids for students in the State of Ohio

Financial Aid offered by the State of Ohio:

The State of Ohio, through its University System, grants scholarships and financial aids to various types of students. Compared to other states, the number of grants is low, but the sum awarded is very high. Plenty of loans are being offered too, many of them having very low, or no interest rates. Reports are available for the fiscal year 2011, for the State of Ohio, and it lists average grants for various types of universities. $1,317 for Community Colleges, $1,899 for University Regional Campuses, $1,032 for University Main Campuses, $1,802 for Private Non-profit 4 year courses, $1,735 for Private Non-profit 2 year courses, $595 for Private, For-profit 4 year courses, and $6,111 for Private, For-profit 2 year courses. The State of Ohio offers grants and scholarships based on various parameters such as financial need, military status, academic specification, etc, along with areas of study such as Engineering, Technology, Medicine, Arts, Politics, Teaching, Medicine, Law, etc.

Many types of grants and financial aids are available to residents of Ohio and a few benefits are available for Pennsylvania residents too. Students who are active servicemen, veterans or direct family members, can benefit from the Financial Aid for Veterans, which has various sub programs, like the Ohio War Orphans Scholarship, which grants either 93% of the tuition fees for Public Universities, and $6,628 per year for Independent institutions. The Ohio Safety Officers Memorial fund is for the children and spouses of peace officers, safety officers and fire fighters killed in duty or in certain war zones as specified by the Federal Government of the United States of America. It covers 100% of tuition fees for public Universities and $7,494 per year for private Universities. The Ohio Army National Guard Scholarship pays 100% of tuition fee for State Universities and an equivalent amount for Private Universities, exclusively for the members belonging to the Ohio National Guard, its objective being encouraging more students to join its folds. Ohio Third Frontier Internship Program is offered to every Ohio resident and student who has enrolled in a degree or diploma course. The State links them up with suitable institutions and reimburse 50% of the intern’s pay, up to $3,000 for a year. Upon the student graduating, the business also has the opportunity to hire the graduate in a permanent position. This program primarily focuses on the various students in Engineering and Technology branches, and its main aim is to retaining Engineers within Ohio for its businesses. The Ohio College Opportunity Grant (OCOG) is awarded for students in nursing degree or diploma program, having an EFC of 2190 or less, and a maximum household income of $75,000. This grant amount varies from place to place. Other than these, there are many other university specific grants and scholarships and many are offered by the Federal Government.

The student must be a high school diploma or have a General Educational Development (GED) certificate, and must have enrolled or must be accepted for enrollment in a degree or certificate program. In addition to these, he/she must be a U.S. citizen or a U.S. national. Permanent residents of the United States of America are also eligible. The student must have been a resident of Ohio at least for a year before they apply. 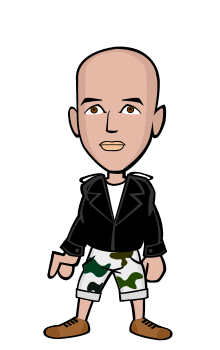 Microsoft understood that they somehow failed with Windows 8 and that’s why they released a more user friendly Windows 10 OS, wh

Watch this video for a quick comparison. Stay tuned for the review!…

The Chinese brand Xiaomi started a new revolution in the smartphone industry. With the introduction …