My name's Jon, but I want to be known through my moniker as "Moonracer", which is last I checked, to be a good alias for an artist. A full moon is believed to be where an artist's creativity is at his/her peak.

I hail from the Philippines, had a few years as an informal freelance graphic design and comic book artist. I dropped out from art school during my senior year, went to a tough time trying to be a comic book artist for an illegitimate comic book agency, that never gave me a job during the 90s. Got into a depression, and because of all this, I want to turn my life around and take control of it, without anyone telling me what to do.

But enough of that sad story! What's more important is what we are all doing right now. So, I got hooked into this bitcoin thing about a year ago, and it's really the way of the future, and I'm trying to figure out how to make something out of it. Since I have graduated recently as a graphic designer (my only "formal education so far"), and I'm a pretty good as a comic book illustrator, I'm right now starting an entrepreneurial adventure in which I plan to sell my art, my services, and my articles and get paid with bitcoins from it.

It will be a kinda slow process however, I need to set up my shop online, and in the real world, setup my studio which is also my bedroom. And at this point, I'm still studying how to be a web designer. I'm giving myself 3 months to prepare after I graduate. Hopefully, life will be kinder to me at that point.

Thanks for reading this. I will write some more content in the future. 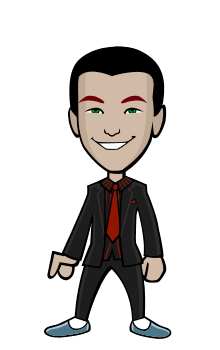