Hipsters are a subculture of men and women typically in their 20's and 30's that value independent thinking, counter-culture, progressive politics, an appreciation of art and indie-rock, creativity, intelligence, and witty banter. The greatest concentrations of hipsters can be found living in the Williamsburg, Wicker Park, and Mission District neighborhoods of major cosmopolitan centers such as New York, Chicago, and San Francisco respectively. Although "hipsterism" is really a state of mind,it is also often intertwined with distinct fashion sensibilities. Hipsters reject the culturally-ignorant attitudes of mainstream consumers, and are often be seen wearing vintage and thrift store inspired fashions, tight-fitting jeans, old-school sneakers, and sometimes thick rimmed glasses. Both hipster men and women sport similar androgynous hair styles that include combinations of messy shag cuts and asymmetric side-swept bangs. Such styles are often associated with the work of creative stylists at urban salons, and are usually too "edgy" for the culturally-sheltered mainstream consumer. The "effortless cool" urban bohemian look of a hipster is exemplified in Urban Outfitters and American Apparel ads which cater towards the hipster demographic. Despite misconceptions based on their aesthetic tastes, hipsters tend to be well educated and often have liberal arts degrees, or degrees in maths and sciences, which also require certain creative analytical thinking abilities. Consequently many hipsters tend to have jobs in the music, art, and fashion industries. It is a myth that most hipsters are unemployed and live off of their parent's trust funds.
Hipsters shun mainstream societal conventions that apply to dating preferences and traditional "rules" of physical attraction. It is part of the hipster central dogma not to be influenced by mainsream advertising and media, which tends to only promote ethnocentric ideals of beauty. The concepts of androgyny and feminism have influenced hipster culture, where hipster men are often as thin as the women they date. The muscular and athletic all-American male ideal is not seen as attractive by confident and culturally-empowered hipster women who instead view them as symbols of male oppression, sexism, and misogyny. Likewise, culturally-vapid sorority-type girls with fake blond hair, overly tanned skin, and "Britney Spears tube-tops" are not seen as attractive by cultured hipster males who instead see them as symbols of female insecurity, low self-esteem, and lack of cultural intelligence and independent thinking. Hipsters are also very racially open-minded, and the greatest number of interracial couples in any urban environment are typically found within the hipster subculture.
Although hipsters are technically conformists within their own subculture, in comparison to the much larger mainstream mass, they are pioneers and leaders of the latest cultural trends and ideals. For example, the surge of jeans made to look old and worn (i.e. "distressed"), that have become prevalent at stores such as The Gap, American Eagle, Abercrombie and Fitch, and Hollister, were originally paraded by hipsters who shopped in thrift stores years before such clothing items were mass produced and sold to the mainstream consumer. The true irony here is that many of the detractors of hipster culture are in fact unknowingly following a path that hipsters have carved out years before them. This phenomena also applies to music as well, as many bands have become successful and known to mainstream audiences only because hipsters first found and listened to them as early-adopters of new culture. Once certain concepts of fashion and music have reached mainstream audiences, hipsters move on to something new and improved.
Because of the rise of various online photo-blog and social networking sites, insights into urban hipster culture is reaching sheltered suburban audiences at an exponential rate. Cultural "norms" have been deconstructed by hipster culture as a whole. Hipsterism is often dismissed as just an image thing by some, but the culture as a whole is effecting changes in society, leading to feelings of insecurity and resentment in people who are no longer a part of the cultural ruling class. For example, a lot of anti-hipster sentiment evidently comes from culturally-clueless suburban frat boy types who feel that the more sensitive, intelligent, and culturally aware hipster ideal threatens their insecure sense of masculinity. Anti-hipster sentiment often comes from people who simply can't keep up with social change and are envious of those who can.
A conversation outside a hipster bar in downtown NYC:

Frat Boy #1: Dude, are you having any luck picking up chicks in there?

Frat Boy #2: Man...I haven't experienced anything like this before. These chicks are totally rejecting me and going for all these hipster guys in tight pants and shaggy hair instead.

Frat Boy #1: Maybe we should head back up to that bar in Murry Hill where you hooked up with that drunk b*tch from Alpha Sigma Phi last week?

Frat Boy #2: Yeah...I don't think we have what it takes to compete with these guys in here. These hipster chicks won't even give us the time of the day! 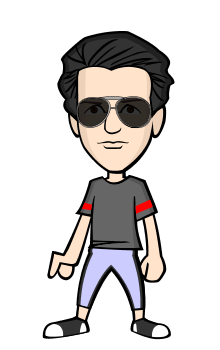 hi. im luis and i want to earn bitcoins

The threshold theorem - an alternate theory of walking onto rugs

When my daughter was little, I took her to the local department stores photographer for pictures eac…

Looking Down The Valley On A Beautiful But Windy Day

As I cannot add more than one photo per post now, but wished to share some of the views from my walk…

And Onto the Shower