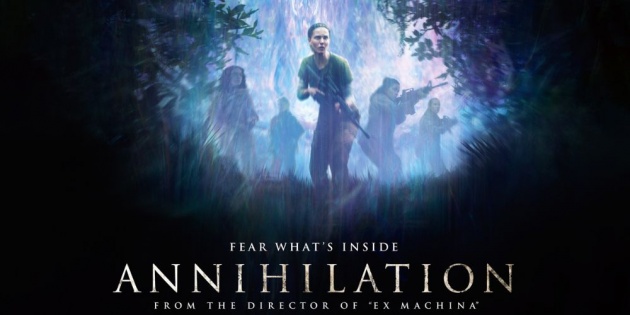 
Hello Friends, I hope you are doing fine and are having a good time on bitlanders. Today I have come up again with my another new blog with the title of "Hollywood Movie Review - Annihilation".  This blog is about a recently released Hollywood movie "Annihilation".  The story of this movie is based on a novel written by Jeff Vander Meer with the same title.  This movie is a horror movie and is about a place where strange things happen and the ones who go to that place, do not return.  In this movie, a wife goes into that place which is called "Shimmer" to find out what happened to her husband and unnatural as well as dangerous things happen to her and her accomplices.  The story of this movie was written by Alex Garland who also directed the movie.  The movie was produced by the Skydance Media Film Production Company.

The movie "Annihilation" was released on February 23 2018 under the distribution banner of Paramount Pictures.  Some details of cast of this movie is as under:

“Annihilation” really becomes itself once the team crosses that threshold into the woods, a fascinating setting for a sci-fi flick that reveals itself slowly. This is not an alien planet, and yet there’s a sense of danger and some sort of biological aberration within these woods. Garland reveals just enough at every turn to keep us confused but also in the moment with Lena and the crew. It’s a film that balances disorientation with the grounded performances of its cast, who keep us engaged in each interaction, believing the danger as it unfolds. “Annihilation” could have easily become campy or silly. If I described some of its scarier scenes, you might laugh, but Garland finds a way to make the insanity work, and watching that balancing act can be invigorating. 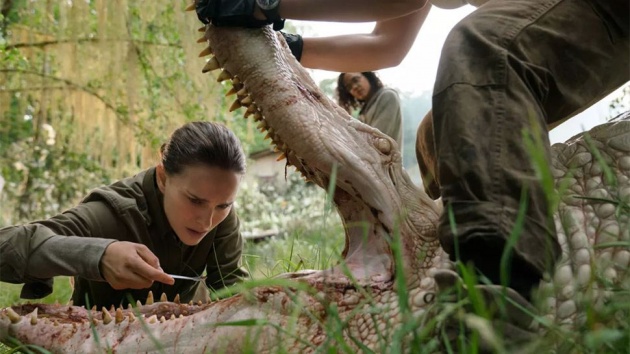 The movie begins as Lena who is an ex-Army soldier from the United States is being inquired about a mysterious place which has been given name of "The Shimmer".  She is in a closed room and the investigator is also covering his whole body in order to avoid any possible threats or dangers from Lena which she may pose willingly or unwillingly.  She is being interrogated because she and her husband Kane who is also a US Army person had visited the Shimmer and came back without losing their lives.  All other Army personnel who were sent to explore the place could not manage to come back alive and safe.  Lena tries to describe about the place from which her husband had returned earlier.  In a flash back, she tells the interrogator that her husband had come back from the "Army mission to the Shimmer" but did not remember anything about the place which she thought was very strange.  Soon, her husband Kane fell ill and was hospitalized in a very critical situation. 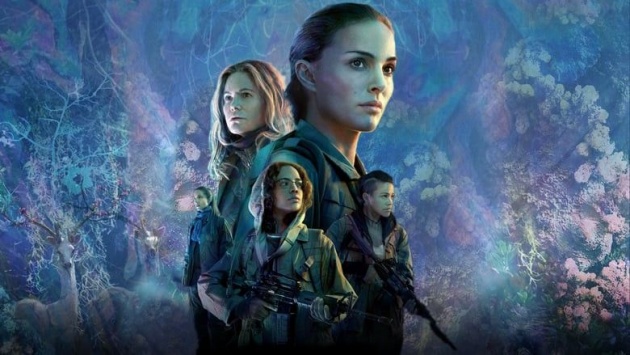 Lena conveys that she became very upset about her husband and she decided to visit the place "the Shimmer" in order to know what happened to her husband and the reasons behind her strange illness.  She goes to the Shimmer along with her fellows which includes Doctor Anya, Scientists Josie, Cassie and Doctor Ventress who first described to Lena that Kane was along with the Army soldiers who went to the Shimmer and their aim was to reach the lighthouse which was supposed to be the source of this mysterious events.  As they enter the Shimmer, their electronic gadgets started to fail and the team also became unaware of the time period they had spent inside.  They are attacked by a giant alligator who marks Josie, however; the other team fights back and kills the alligator.  They come to know that alligator is actually a combination of a shark and alligator which is very strange. As the team moves further, they start to find the belongings of Kane and other Army personnel who first visited there.

The team reaches an abandoned military settlement and they find a memory card there which belongs to Kane.  When they play it, it shows disturbing video of Kane cutting his fellow's body as there was movement inside it.  Other events also follow such as a giant bear attacking Cassie and killing her.  The team also notices change in their bodies and brain function.  In an argument, Anya attacks Lena blaming her for the team's ordeal because Lena had kept the fact secret from the team that Kane is her husband.  Meanwhile, the bear that killed Cassie attacks again and kills Anya and move towards Lena but Josie shows presence of mind and kills the bear with a gun.  In the end, Lena manages to reach inside the Lighthouse and there she finds a dead body and a recording camera.  When Lena checks it, she finds a video in which Kane is asking other person to find Lena and then he commits suicide.  Lena tries to leave the place when suddenly she sees Ventress who stops her way and in the process Lena's identical copies get created.  Lena manages to bomb the whole lighthouse with a grenade which destroys the whole lighthouse with fire and ends the Shimmering effect.  In the ending scenes, the story of Lena comes to an end and when she meets Kane again, they both inquire from each other whether they are real or not.  However, changes in their eye color shows that there is something to be explained. 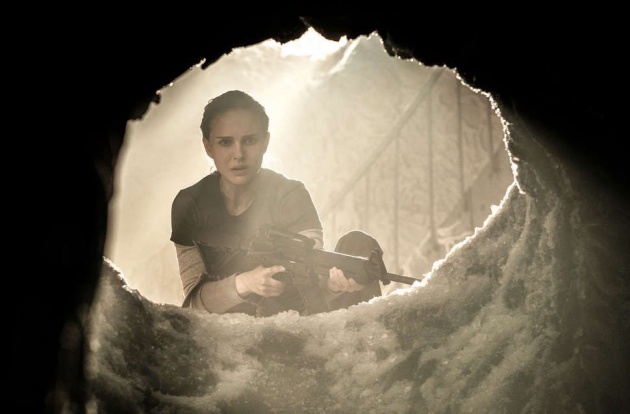 The main idea behind the film is a science fiction film with a unique atmosphere called "The Shimmer".   The movie has enough suspense and action combined with the scary scenes which keep the viewers enthralled.  Natalie Portman is playing one of the main characters in this movie and her acting, in particular, was up to the mark.  The visual effects to create Shimmering environment was one of the best parts of the movie.  I enjoyed the movie very much and found it very interesting.  The Director and Producer must have worked very hard to make this movie a successful venture.  The ending of the movie shows that there will be more sequels to this movie.  The business this movie made on the box office will entice the Producers to go for another part of this movie, which will be interesting to watch.