How the Media Encourages ISIS 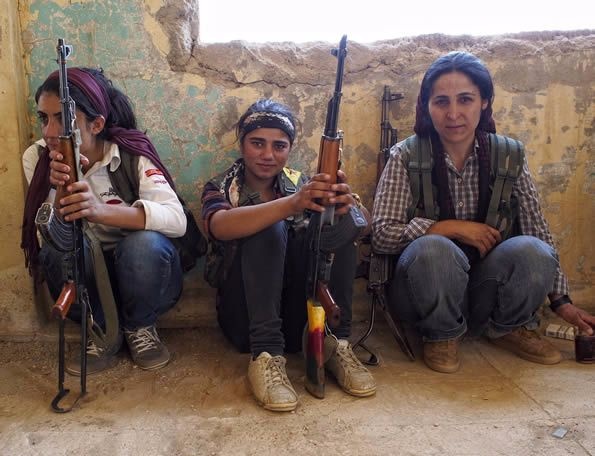 An inhuman group of terrorists is operating in Iraq and Syria under the name of the Islamic State or ISIS. Their actions are as wild as animals. They behead people, burn them alive, take women as their slaves, and misuse children.

What ISIS does is not something that humanity can accept. As I watch the media coverage of their actions, I must ask a question that remains unanswered. How can human beings become such cowards?

The actions of ISIS are crimes against human rights. We must struggle to defeat this group. They must be removed from the earth. It is not enough to condemn them with words. The United Nations and the international community must rise up and find practical solutions to fight against ISIS.

ISIS is armed with weapons of war and they have plenty of access to modern technology. It is complicated to figure out just how this group was created. Who are the members of ISIS and who really supports them to continue their fight?

But women and children stand in the front line of war, as always, misused and victimized. ISIS misuses children and rapes women. ISIS doesn’t stop there; they go a step further and sell the women as their slaves in public markets. They do this to show that they have the power to use women against their targets.

At the same time, they use their propaganda so they can get the top headlines in the news; they want to appear to be a political party. Maybe they think a bloody portrait of ISIS represents their having power and shows they are strong.

Unfortunately, ISIS news has become competitive in the media and everyone wants to publish news about this group. Videos and pictures released by ISIS are published all over the media. TV and Facebook publish these videos and pictures without even censoring images showing the beheadings of people, the burning of the Jordanian pilot, and selling of women in slavery markets. I think that publishing all those pictures of people being violated worries people.

We must not let ISIS continue to bring fear among people. Media has a key role to calm down the concerns of people as well as fight back against the inhuman terrorists. We must understand that ISIS uses the propaganda to create panic and fear. They want to tell us that they are powerful. But they are not. They enjoy their work and just think they are successful.

It is our right to understand the reality of ISIS. It is the people’s right to know what is happening in the world. But the media must work and gather the news from all sides and when it comes to ISIS they must show us what they really are. Unfortunately, Afghanistan’s media does not publish news from all sides.

Afghanistan media should publish the stories about all those brave Iraqi women soldiers who are fighting back against ISIS, struggling to protect their own lives, their families, and their country. We must talk about them and give them the admiration they deserve because this encourages people to struggle and stand up against ISIS.

To fear is not a solution; it makes us weak. There is no doubt that publishing news from all sides of reality makes people understand better. It helps us to choose between right and wrong.