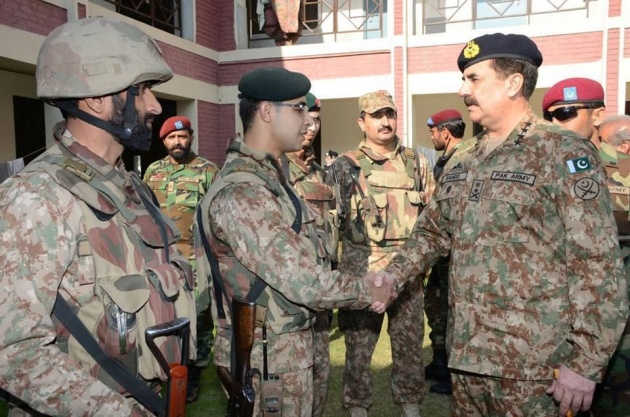 Pakistan Army is the land-based service branch of the Pakistan Armed Forces. It came into existence after the independence of Pakistan in 1947.

The Pakistan Army was created on the 30th of June of the year 1947 from the division of the British Indian Army. The then soon to be created Dominion of Pakistan received six armoured, eight artillery and eight infantry regiments compared to the twelve armoured, forty artillery and twenty-one infantry regiments that went to India. Fearing that India would take over the state of Kashmir, irregulars, scouts and tribal groups entered the Muslim majority state of Kashmir to oppose the Maharaja of Kashmir 1947. In response to this, the Maharaja acceded to India. The Indian Armed Forces were then deployed to Kashmir. This led to the Indo-Pakistani War of 1947. Regular Army units joined the invasion later on but were stopped after the refusal of the Chief of Army Staff, British officer General Sir Frank Messervy, to obey Pakistani leader Muhammad Ali Jinnah's orders to move the Army into Kashmir. A ceasefire followed on UN intervention with Pakistan occupying the northwestern part of Kashmir and India occupying the rest. Later, during the 1950s, the Pakistan Army received large amounts of economic and military aid from the United States and Great Britain after signing two mutual defence treaties, the Baghdad Pact, which led to the formation of the Central Treaty Organization (CENTO), and the Southeast Asia Treaty Organization (SEATO) in 1954. This aid greatly expanded the Pakistan Army from its modest beginnings.

In October 1999, after the Kargil Conflict ended with the unconditional withdrawal of the Pakistani forces from the Indian controlled peaks, the Pakistan Army overthrew a democratically elected government once more, resulting in additional sanctions being applied against Pakistan, leading to General Pervez Musharraf coming to power in a bloodless coup. However, this time Prime Minister Nawaz Sharif sacked Musharraf when he was on his way to Pakistan from Colombo. He dismissed him as Chief of Army Staff and appointed General Ziauddin Butt to that position instead, when Musharraf's plane was in the air. That was not enough, the plane was not allowed to land at the airport in Karachi and barricades were erected on the runway. The corps commanders acted swiftly across Pakistan, particularly in Karachi and Islamabad. Brigadiar Muzaffar Usmani took control of the airport in Karachi and arrested the then Inspector General ofSindh Police, Rana Maqbool Ahmed. Musharraf stepped down as President in August 2008. On 30 July 2009, the Supreme Court of Pakistan ruled that Musharraf's imposition of emergency rule was unconstitutional.[38]

After the September 11 attacks in the United States, Pakistan joined the US-led War on Terror and helped the United States Armed Forces by severing ties with the Taliban and immediately deploying 72,000 troops along Pakistan's western border to capture or kill Taliban and Al-Qaeda militants fleeing from Afghanistan. On the north western front, Pakistan initially garrisoned its troops in military bases and forts in the tribal areas. In May 2004, clashes erupted between the Pakistani troops and Al-Qaeda's and other militants joined by local rebels and pro-Taliban forces. However, the offensive was poorly coordinated and the Army suffered heavy casualties, while public support for the attack quickly evaporated. After a two-year conflict from 2004 until 2006, the Pakistani military negotiated a ceasefire with the tribesmen from the region in which they pledged to hunt down Al-Qaeda members, stop the "Talibanization" of the region and stop attacks in Afghanistan and Pakistan. However, the militants did not hold up their end of the bargain and began to regroup and rebuild their strength from the previous two years of conflict.

Militants took over the Lal Masjid in Islamabad. After a six-month standoff fighting erupted again in July 2007 when the Pakistani military decided to use force to end the Lal Masjid threat. Once the operation ended, the then newly formed Tehrik-i-Taliban Pakistan (TTP), an umbrella group of militants based in the Federally Administered Tribal Areas(FATA), a semi-autonomous region of Pakistan, vowed revenge and launched a wave of attacks and suicide bombings which erupted all over North-West Pakistan and major Pakistani cities, including Karachi, throughout 2007.

The militants then expanded their base of operations and moved into the neighbouring Swat Valley, where they imposed Sharia law. The Pakistan Army launched an offensive to re-take the Swat Valley in 2007, but was unable to clear it of the militants who had fled into the mountains and waited for them to leave before taking over the valley again. The militants then launched another wave of terrorist attacks inside Pakistan. The Pakistani government and military tried another peace deal with the militants in Swat Valley in 2008. This was roundly criticized in the West as abdicating to the militants. After initially pledging to lay down their arms if Sharia law was implemented, the Pakistani Taliban subsequently used the Swat Valley as a springboard to launch further attacks into neighbouring regions, reaching to within 60 kilometres (37 mi) of Islamabad.

Public opinion then turned decisively against the Taliban terrorists. This opinion was highlighted following the release of a video showing the flogging of a girl by the Pakistani Taliban in the Swat Valley. Similar events and terrorist attacks finally forced the Pakistan Army to launch a decisive attack against the Taliban occupying Swat Valley in April 2009, after having orders received from the political leadership.[39] After heavy fighting, the Swat Valley was largely pacified by July 2009, although isolated pockets of Taliban remained in the area.

The next phase of the Pakistan Army's offensive was the formidable Waziristan region. A US inmanned combat aerial vehicle (UCAV) bomb strike in FATA killed the leader of the Taliban, Baitullah Mehsud, in August. A power struggle engulfed the Taliban during September, but by October a new leader had emerged, Hakimullah Mehsud. Under his leadership, the Taliban launched another wave of terrorist attacks throughout Pakistan, killing hundreds of people. After a few weeks of air strikes, artillery and mortar attacks, 30,000 troops moved on into South Waziristan. The Army eventually re-took all of South Waziristan. 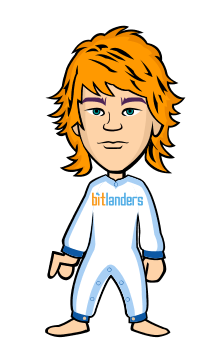