In Love with my Brother’s Wife

My older brother is in the Air Force and has been deployed for about a year and a half. His wife (I’ll call her “Mary”) and him have been dating for three years and just got married last December, when he was home on leave. That was the first time I actually met Mary and I thought she was hot but that was really it.

After they got married my brother thought it would be better if Mary moved in with my parents and I until he got home from deployment and then they would get a place on base. So in January she moved in and everything started out fine. I wasn’t home that much just doing my own thing in school and working. Then my brother called me right before Valentine’s Day and told me that Mary was really taking it hard that she was going to be alone that day and he said she’s been really emotional and could I take her out for him.

So we went out to a movie and dinner and I tried to get her mind off of my brother. I had a good time with her and it ended up that we had a lot in common. After that day we just started to hang out more. And it was legit to everyone because they know my brother is away and that she’s lonely. We would just spend time together around the house or go out once in a while.

My brother is no prize husband. I know that he cheated on Mary when they were dating but then again I’m not that great of a guy either and I’ve never been faithful in any of my relationships. But for a while I kept telling myself that she deserves better than my brother and I wanted to tell her that he cheated on her hoping that she might want to get with me or at least get him “back” by messing around. It was a physical attraction to her at fist but now it’s different.

The other day she was pretty upset that they have been married for 6 months and she hasn’t gotten to be with him since their honeymoon. She was crying a lot and I was giving her a hug and I got so close to just doing something wrong. That’s when I realized that I wasn’t just attracted to her but that I really do have feelings for her because now I don’t want to do anything that’s going to hurt her even more.

So my brother will be back on leave in August and they are planning on trying for a family now and it’s just getting hard for me now. I’ve stopped hanging out with Mary that much anymore because I know there is nothing I can do and I can’t even tell her. This is the first time I’ve felt so strongly for a girl and it has to be my sister-in-law. 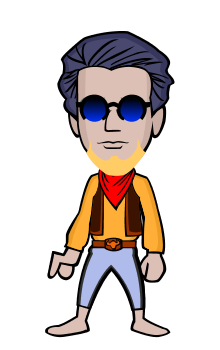