In Super Bowl, UN is 4 Gisele! 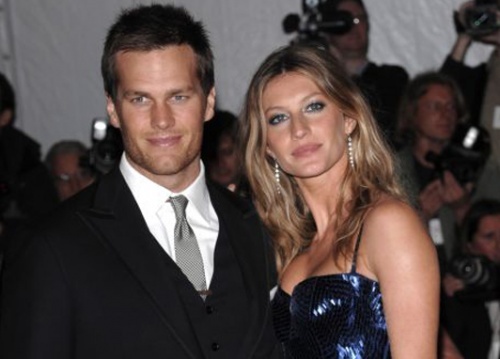 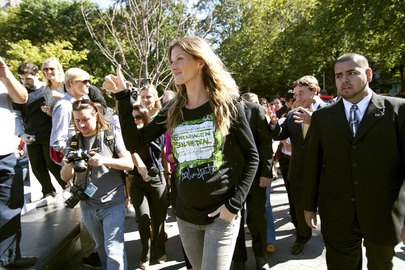 The UN has its own rooting interest – a New England and Tom Brady victory could make Gisele Bundchen even bigger attention grabber. Gisele is United Nations Environment Program (UNEP) Goodwill Ambassador – a job that is best served by activism and drawing attention to the cause. Last time that the New England Patriots won, Gisele and Tom were not a couple – as wife of Super Bowl champion quarterback, Gisele would be even more intriguing. In popular lore, American football players are better known for marrying their high-school sweethearts or playing hutt, hutt snap with some stripper. Very few end up with international born supermodels, although most of us are privileged to be with women/wives who spend rest of their lives with boys who never quite grow-up! Dig, Lay-Pipe & Drill, but Not in Bedroom! Environmentalism could use a break – it has not had a good few years. Rather than coming together on combating climate change, deforestation, water pollution or killing off of our bio-diversity, the focus is back on making money and quick fixes for the economy. Some are openly challenging the science and evidence that paints a clear picture of global degradation. Republican Presidential candidates are trying to score points by accusing each other of being in favor of carbon credits and “more regulation.” The theme in this years Republican Presidential Primaries has been dig, lay pipe and drill – of course that does not refer to the bedroom but the environment! Giants & Patriots: True Blue State! Must be killing the Republican field though that the two Super Bowl contenders, New York Giants and New England Patriots, are from very “Blue states.” In fact, both team’s uniforms are blue. Who will I be rooting for? I use to play for the Valley Forge Patriots and greatest respect for Gisele’s work on behalf of the earth, but I just cannot root for any Mr. Bundchen! See Film Report on Gisele working for the Environment - diplomaticallyincorrect.org/films/movie/gisele-bundchen-energy-popularized/29687 . Also many more Reports with Gisele, Ed Norton, Ian Somerlander, Don Cheadie, Priyanka Chopra and Linkin Park + others at: diplomaticallyincorrect.org/c/ecology-diplomat By Ambassador Muhamed Sacirbey Facebook – Become a Fan at “Diplomatically Incorrect” Twitter – Follow us at DiplomaticallyX