In The U.S. Smart Home Market, Don’t Rule Out China 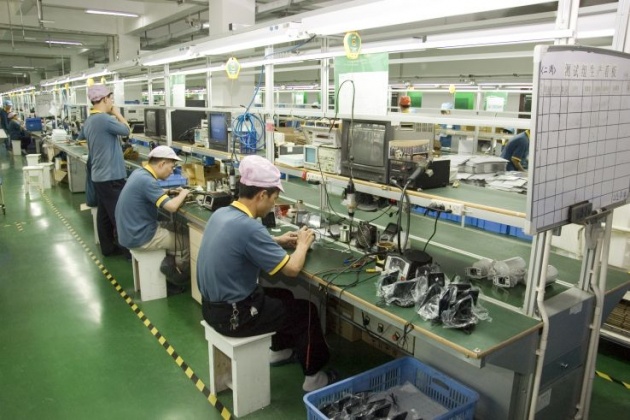 It’s no secret that the smart home is a hot industry generating big-time buzz from VCs and large technology companies alike. The dream of a fully automated and connected home, where control of every device is at its owner’s fingertips, has attracted leading innovators.

Earlier this year, more than 700 companies — from big players such as Samsung to startups like Ecovent, PetCube, and Quirky — descended on the Consumer Electronics Show to display their latest products.

Established companies have positioned themselves in the industry through major deals, such asGoogle’s $3.2 billion acquisition of Nest and Samsung’s purchase of SmartThings for $200 million. Meanwhile, startups are squarely focused on developing innovative products that push the boundaries of “smart.”

So how will the market unfold in the coming years? And which company will achieve U.S. market dominance. In this quest, at first blush U.S. companies would seem to have an impressive lead. Many observers believe pure innovation is the best indicator of which companies will eventually dominate the smart home market, and each day seems to bring an impressive new product release. Appearances can sometimes be deceiving, particularly if you use the wrong definition of what winning looks like.

The smart home industry won’t be advanced by throwing as many sensors into a device as possible or creating a robot controlled by voice commands. Similarly, the industry isn’t waiting for a breakthrough technological advance to finally achieve its potential. The technologies essential to developing smart home products — Bluetooth and product sensors that make up the Internet of Things — aren’t new; they’ve been around for decades.

To establish market dominance, companies must develop ecosystems or a unified platform of elegant user experiences to enable the convergence of the full range of smart devices.

The smart home industry won’t be advanced by throwing as many sensors into a device as possible or creating a robot controlled by voice commands.

With rapid innovation cycles that produce high-quality, low-priced goods, Chinese companies have the scale and consumer base to set the standard for interoperability — possibly before they even enter the U.S. smart home market. U.S. companies that want to thrive should redouble their efforts in providing products with real utility to the customer while closely monitoring the progress of Chinese companies. Their very survival could depend on it.

An integrated platform for smart devices

My investment firm, Formation 8, has been tracking the smart home industry’s evolution in both Western markets and Asia. To date, we’ve invested in smart home companies that have emphasized user experience and features that deliver tangible value to customers. Our approach recognizes that smart home products aren’t just about technology; they are about what technology can do for users.

That’s why ecosystems matter: a smart thermostat or appliance may provide some incremental benefit; as part of an integrated platform for smart products, the value is far greater than the sum of its parts. What the smart home industry has been lacking to date is a commonly accepted way to aggregate and access multiple devices in a simple, seamless way.

While companies such as Smart Things and Revolv have attempted to build these platforms right off the bat, their reach is limited because the use cases haven’t addressed major pain points for customers.

For this reason, the convergence of entertainment content is a particularly relevant development. Smart home companies looking for a common platform to engage consumers would be wise to focus on the devices and activities that take up the bulk of consumers’ time and attention. In 2014, the average U.S. adult spent approximately 12 hours a day consuming media, with mobile and television accounting for 47.1 and 36.5 percent, respectively.

In many households, television — whether smart TVs or set-top boxes such as Apple TV and Roku — has become the primary access point for programming, music, apps, Internet browsing and gaming, among other activities. Mobile devices have begun to double as remote controls, but the proliferation of apps that users must download to manage their entertainment and smart home appliances can be a barrier for adoption.

Products that can consolidate all of these activities would be well placed to accommodate other smart devices in a single platform. This is where China is moving at a furious pace thanks to three key components.

Since the smart home industry is more about integration than breakthrough technology innovation, the engineering challenge is how to bring together different devices into a single platform quickly.

Hundreds of thousands of engineers graduate from Chinese universities each year, and this deep pool of talent has enabled Chinese companies to develop new products at an unprecedented rate. For example, Chinese startup Miya developed and manufactured a smart personal weight scale in just six months for less than $3.4 million.

Although China is eager to move beyond being seen as just a low-cost manufacturer, it still has a tremendous advantage. With an established and superior domestic supply chain of manufacturers, Chinese companies can produce goods at much lower prices earlier in the product life cycle.

For example, Chinese companies barely break a sweat in rapidly producing a high volume of new prototypes. Manufacturing represents a competitive advantage that U.S. companies can’t replicate: local corporations have coveted relationships with state-owned entities and homeland partners that are typically not available to unfamiliar parties.

When partnering with U.S. companies, a Chinese supplier doesn’t have the channel or awareness to partner with an unproven startup from Silicon Valley. Our firm is trying to close that gap, since we believe partnerships can accelerate the life cycle of a business by years.

Leading Chinese consumer electronics companies have had to pursue scale to serve the local market. In 2014, approximately 37 million LCD TVs were sold in the U.S. market; meanwhile, Hisense sold 47 million TVs alone in Q1 2014. Every 1 of 2 TVs in China is made by Hisense, which is also moving aggressively in the global Ultra HD smart TV market. Chinese companies shipped100 million smart TVs and set-top boxes from 2012 to 2014.

Beyond sheer production volume, scale confers a critical advantage: much like Walmart with its supplier or California on fuel-efficiency standards, Chinese companies have the potential to establish the platform that smart home companies must use for their devices.

Thanks to the combination of these three elements, Chinese companies have excelled in products that consolidate smart devices. Taking a page from Apple, Chinese consumer electronics companies are creating their own ecosystems, extending beyond hardware and seeking to differentiate themselves on software, as well. Huawei, for example, produces a state-of-the-art platform that enables rich content aggregation and device mirroring.

Chinese companies are now successfully integrating the Internet of Things into their design concepts — Haier, for example, already offers a number of television models that can connect to all their consumer devices, and Skyworth has developed its own operating system for its smart televisions.

Major hardware manufacturers are also forging partnerships with content providers: TCL’s has partnered with iQiYi, China’s largest online video operator, to create a consolidated programming platform. In the future, leading companies will continue to integrate other product types and services into their ecosystems.

How U.S. companies can remain relevant

These developments have huge implications for U.S. smart home companies. Over the past decade, Chinese companies have ridden the twin waves of an exploding Chinese middle class and the emerging dominance of e-commerce to become major players with the potential to threaten established global companies.

To date, these companies have largely focused on the domestic market due to its sheer size, but even this has enabled them to create vast wealth that can and will be redeployed into new ventures. Chinese companies now have the resources to finance a new era of innovation in the smart home market, and a growing middle class gaining an increasing appetite for the leading technology.

To enter the U.S. market, Chinese companies are quietly considering acquisitions, much as Lenovo did with IBM’s PC business. They have incredibly deep pockets to finance this strategy: Alibaba sells to hundreds of millions of Chinese consumers and has a market cap of more than $200 billion, placing it among the top five companies in the world by this measure.

Xiaomi released its first smartphone in 2011 and is now the third-largest smartphone maker in the world. Hisense has a market cap of $34 billion. With such resources, I anticipate that a Chinese company will buy a Fortune 500 company in the next ten years.

Large U.S. companies and start-ups alike must address this threat to remain viable. Google, for example, owns the platform, has ample resources, and is trying to integrate its suite of smart home products (Dropcam, Nest, and Revolt). The company lacks expertise in many critical elements of the hardware development cycle such as user engagement, however—a condition it continues to try to remedy through acquisition.

Although startups may be at the forefront of innovation, manufacturing times and production cost remain important barriers, albeit decreasing in Silicon Valley due to open source, contract manufacturing, and partnerships.

Unfortunately, over the past 10 years, the focus of Silicon Valley venture firms on software vs. hardware has not created an equivalent environment for hardware companies. Formation 8 sees a tremendous opportunity here, and we will be announcing several new initiatives to address the needs of entrepreneurs brave enough to work in hardware.

To survive in a swiftly evolving market amidst increasing competition, U.S. companies should focus on the strengths that brought them to dominance in the first place:

The smart home market is still very murky and very much up for grabs, and the U.S. and Asian markets illustrate different paths to innovation. As in other industries, the U.S. smart home market may soon see low-cost attackers significantly alter the equation.

The question is whether U.S. companies will be able to carve out a position built on innovation that can withstand this disruption. When developing business strategy, U.S. executives should look beyond their borders and weave in lessons from Chinese players that have been able to execute successfully over the past decade.