Hello Friends, I hope you are doing fine and are having a good time on bitlanders. Today I have come up again with my another new blog with the title of "Indian Movie Review - Race 3". Friends, this blog is about a new and a hit Indian movie "Race 3". The story of this movie is about a family which deals in narcotics and illegal weapons and their main profession is smuggling.  In the family, there is feud based on wealth and status sharing.  The movie shows different levels of relationships within the family which have people of different kinds in it.  The movie was directed by Remo D'Souza and produced by Ramesh S. Taurani of Tips Industries Limited.  The production of the film was supervised by Salman Khan Films, an Indian Film Production Company.  Before this film, movies with the titles of Race and Race 2 had been released which were huge hits, encouraging Producers to make another installment with the same title. 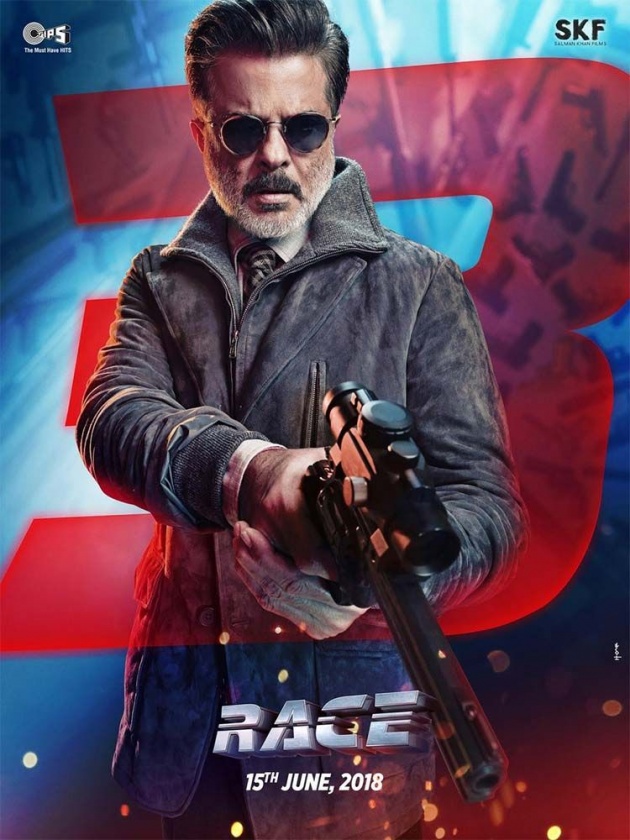 The movie "Race 3" was released on June 15, 2018 under the distribution banner of Tips Films.  Some details of cast of this movie are as under:

There’s a star studded cast on offer so the fans will have plenty of moments to cheer for their favourite stars. Salman Khan leads the pack with the main role, and while he’s great with the action and the style, the character has very little depth. Anil Kapoor plays the father figure of the Singh family with ease. Bobby Deol and Daisy Shah are at their stylish best, too. Jacqueline Fernandez and Saqib Saleem look fantastic as well. ‘Race 3’ will work for Salman fans the most, as bhai kicks and punches with gusto.

But for all its big moments, ‘Race 3’ just does not work up the feeling of suspense and intrigue that made the previous masala movies from the franchise a guilty pleasure. While the film wants to keep you guessing on who will finish the Race first, you are left wondering when you will cross the finish line. 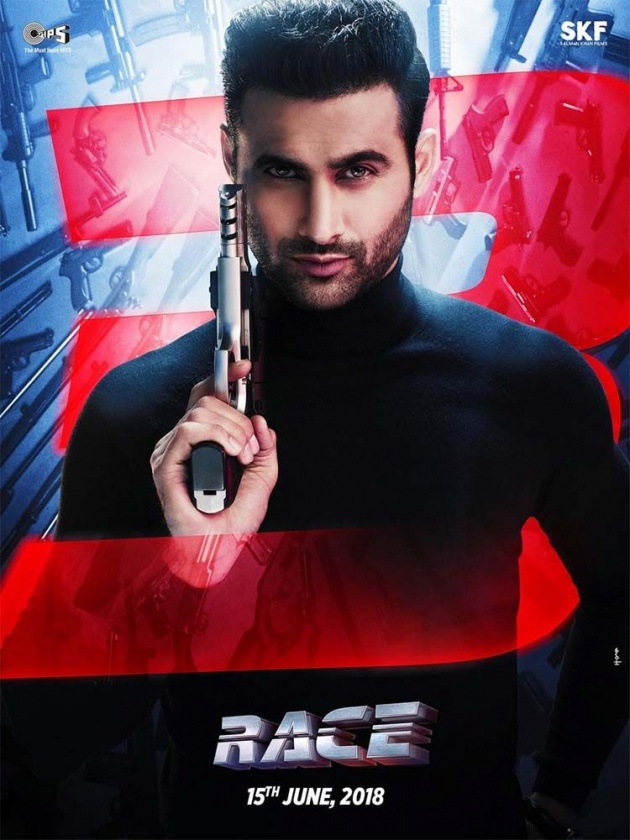 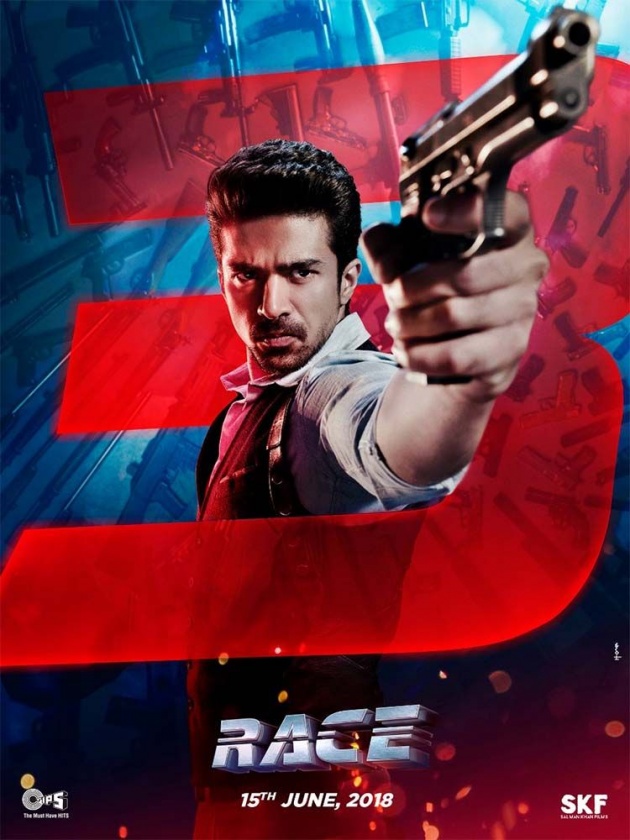 The move begins with Shamsher Singh living in his island Al-Shifa with his family which consists of his daughter Sanjana and his son Suraj and one step son Sikander Singh.   Shamsher Singh is considered to be a big businessman in the industry; however, his real business is smuggling and dealing in illegal weapons and drugs in the world.  Shamsher Singh has developed his business after a long efforts and facing many hardships as he had one enemy in his business whose name is Rana.  Rana has always been an enemy of Shamsher Singh and his family creating problems for them.  Furthermore, there is an element of jealousy in the family as both Sanjana and Suraj come to know that they will be able to get only 25% each from the property of their father, whereas Sikander Singh will get about 50% from the property.  Shamsher Singh tries to pacify Sanjana and Suraj that Sikander Singh has worked hard for the development of business and has sacrificed a lot, therefore, he will get more, besides, his elder brother Ranchor Singh who was among the pioneers of the family business also wished the same for Sikander Singh. 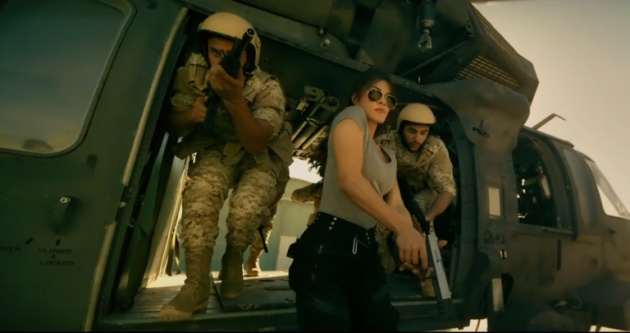 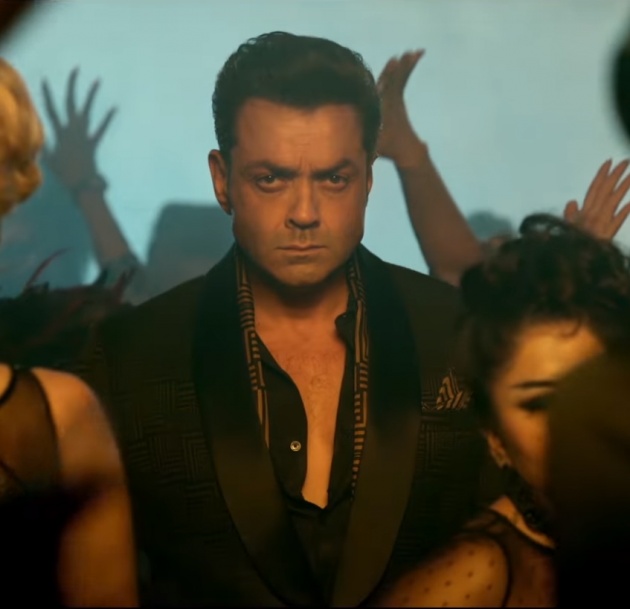 The movie "Race 3" is packed with Action and use of modern Cars and airplanes / helicopters etc.  To me, the best fighting scenes were filmed in the deserts of United Arab Emirates where in the hot weather characters showed their brilliance as well as their six pack bodies.  Another mind blowing scene was Salman Khan's parachute jumping which was the pick of the movie.  The family politics was portrayed in its true meanings and effects.  On the whole, the movie was pretty entertaining because the music was also very pleasing to the ears.  This was Bobby Deol's one of those performances for which he was praised by the critics.  He made a good come back after a long time and we wish to see him playing more such characters in block buster movies because he has been lacking many hit movies under his name.  This movie will surely become a fresh and positive entry into many film stars' careers in order to further glorify their presence in the film industry.