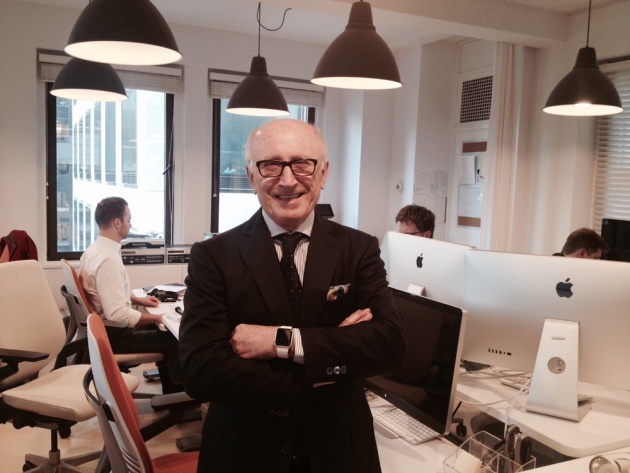 Fred (Fereydoun) Nazem is an investor, skillful leader, and a successful entrepreneur who founded and invested in many institutions. Mr. Nazem is a well-educated person; he earned his master degree in physical chemistry, has a MBA from Columbia University, and his doctoral degree in nuclear physics at the University of Washington.

Mr. Nazem entered the financial industry in the 1970s utilizing his scientific and financial expertise to fund, build and run cutting edge technology and medical companies. He was for instance the chairman of Oxford Health Plans, which was later sold for 5 billion dollars to the United Health Group.

Mr. Nazem has also devoted his time and energy to humanitarian activities. Through the Nazem Family Foundation, he supports many social, educational and health projects.

Mr. Nazem and his wife Susie Gharib live in New York City. They have two children. Mr. Nazem loves Persian Literature. Rumi, Saadi and Hafiz are among his favorite poets. He is also an excellent artist and calligrapher.

I was impressed by Mr. Nazem's affable and adventurous personality. Here is my interview with him:

Can you tell me about the different successes, challenges, and responsibilities you faced in your life?

Fred Nazem: I always admired creativity and innovation, and particularly tried to work on new products that help people and make their lives easier. I have worked with more than 300 companies, and in almost all of them, I have focused on new products and often created new markets. As someone who has spent his professional life in science, the developments and constant evolution in this sector are very important for me.

I am currently working on a new medical system, which is destined to revolutionize medicine. The current medical system is based on the management and treatment of diseases using drug therapy. But our new system, named Rejuvenan would help people get and stay healthy without the use of a lot of pills. The biggest challenge for me is finding markets for new products. I have learned that without taking some risk, one never gains anything and that the attendant hardship teaches us a lot.

Can you tell me more about the new system you are working on?

Fred Nazem: As I mentioned before, the new medical system, which I am currently working on is named Rejuvenan (the name has an Iranian root). Due to previous experiences I gained after years of work on medical companies, I realized that non-communicable diseases are the main enemy of human beings and nearly 80% of people are suffering from them. Heart problems, diabetes and digestive system illnesses are non-communicable diseases, for which we spend almost 80 cents of a dollar of health care

Rejuvenan's system is based on a Nobel Prize winning medical science of telomere biology in 2009. This system brings changes in human lifestyle and makes longer living for human beings possible. Using this system's instructions, one can extend his or her life by perhaps 15 to 20 years. Rejuvenan system determines the user's health status through 10 questions and gives the individual a Health Score. The system considers daily lifestyle patterns, including stress management and eating and exercise. 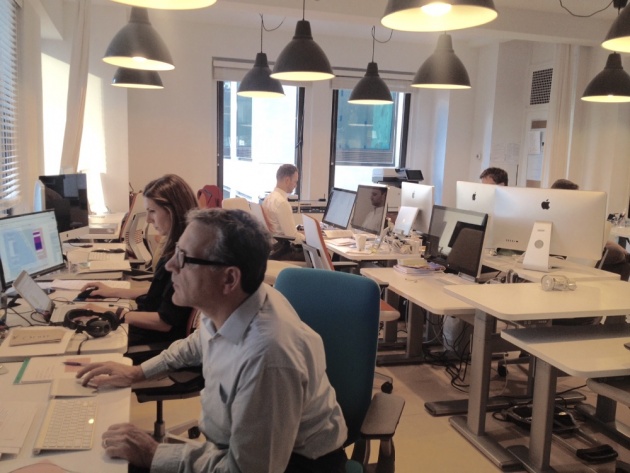 Can you tell me about a time when you almost gave up, how you felt about that, and what you did instead of giving up?

Fred Nazem: I have always had a positive relationship with life, believing that every challenge is a rare opportunity to discover more about yourself and thus become a stronger person. I like to find solutions for my problems. I think disappointed people can never achieve their goals.

He mentioned the Rudaki poems (Mohammad Rudaki was a Persian poet) to me here:

Meaning:  "Oh, you the disappointed and sad, crying your heart out—deservedly!

For, gone are those that are gone and have arrived the ones who are here,

It is what it is, why focus on the abyss "

He also said that being humble is very important and mentioned another poem form khawarizmi that says:

Meaning: "Learn how to lay low, for water never quenches the high ground"

What motivates you to get out of bed in the morning?

Fred Nazem: The world is a beautiful place, which can only be seen by motivated people. Being motivated gives me the energy to wake up everyday and enjoy working. I hope my legacy will be leaving behind something like Rejuvenan that helps people. I believe helping one’s fellow man is the highest form of piety.

What advice would you give a new entrepreneur who is establishing a startup for the first time?

Fred Nazem:  Believe in yourself and do the things you have passion and love for. The world inside each of us is far more powerful than the world outside. As Rumi said some 800 years ago:

Meaning: “ You are a blue print of the Devine,

A mirror reflecting his majestic design,

Seek inside whatever you desire,

For the Universe is in you line by line.”

How would you describe yourself in 3 words?

Fred Nazem: I have passion and love for people and knowledge. I'm a humble and optimistic person.

If you have comments and suggestions, please share them with me below!

You can also read the Farsi version of this blog here.

Quran, translation, tafseer, hadith, masnoon dua, all in one software.