Iraq Execution of 34 Persons in Single Day, by Ambassador mo 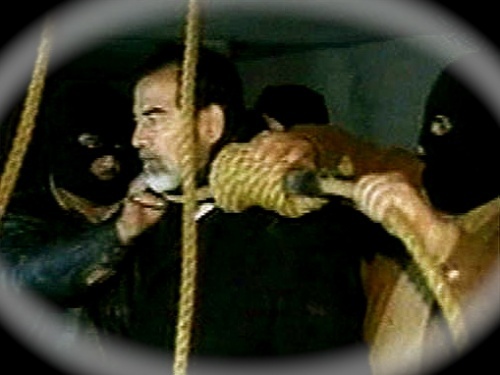 “Even if the most scrupulous fair trial standards were observed, this would be a terrifying number of executions to take place in a single day, (January 19, 2012),” stated High Commissioner for Human Rights Navi Pillay. “Given the lack of transparency in court proceedings, major concerns about due process and fairness of trials, and the very wide range of offences for which the death penalty can be imposed in Iraq, it is a truly shocking figure.” No or Abridged Due Process? “Most disturbingly, we do not have a single report of anyone on death row being pardoned, despite the fact there are well documented cases of confessions being extracted under duress,” added Ms. Pillay. The 34 individuals, including two women, were executed on 19 January following their conviction for various crimes, according to the UN human rights office (OHCHR). Total number of individuals sentenced to death in Iraq since 2004 is believed to stand at more than 1,200. The total number actually executed since then is not known, although at least 63 individuals are thought to have been executed in the past two months alone. The death penalty can be imposed in Iraq for around 48 crimes, including a number of non-fatal crimes such as – under certain circumstances – damage to public property. Execution of Saddam Hussein as Tilting Point: The execution of Saddam Hussein appears to have re-legitimized the use of death penalty and now for many non-fatal crimes. (Above Photo). If US had insisted on life-sentence for Saddam rather than acquiesce in execution, it may have provided a different trend or watershed. However, US itsel along with China, Iran and Saudi Arabia has one of highest execution rates, and no standing to encourage Iraqi authorities otherwise. Perhaps now Iraq will join above execution record setters. Wonder what kind of crimes are being deterred by these executions? – Somehow it just seems more executions in all of these tough on crimes countries! HC Pillay called on the Government to implement an immediate moratorium on the institution of death penalty, noting that around 150 countries have now either abolished the death penalty in law or in practice, or introduced a moratorium. Ms. Pillay urged the Government “to halt all executions and, as a matter of urgency, review the cases of those individuals currently on death row.” By Ambassador Muhamed Sacirbey Facebook Become a Fan at “Diplomatically Incorrect” Twitter – Follow at DiplomaticallyX FOLLOW mo @MuhamedSacirbey “WarCrimesJustice” Channel - diplomaticallyincorrect.org/c/war-crimes-justice