IS and pitted the US-led coalition 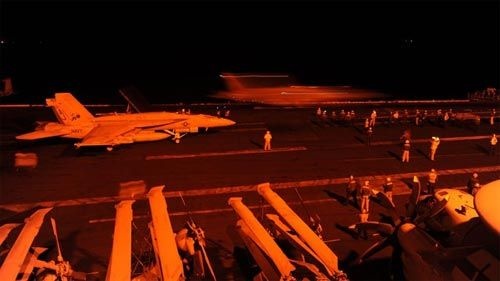 IS and pitted the US-led coalition

According to the United States Central Command, as of this time Washington has launched more than 220 air strikes on targets in Syria and Iraq of IS.

New phase in Syria bombed by the United States carried out with the help of five Arab countries. To suppress extremist group Islamic State (IS), the United States and other countries have mobilized enough weapons attacks from stealth fighters, bombers, Tomahawk missiles to unmanned aircraft most modern .

However, despite the successive waves of American bombers, IS continues to advance. IS is now thought to have an advantage with the ability to send troops and weapons between Syria and Iraq. Accordingly, the fighters entering Iraq from Syria help forces control most of the northern region of Iraq in June, and this group seized weapons were sent to Syria, to help soldiers fighting in this.

BBC reports that American officials believe that the existing IS to 31,000 soldiers in both Iraq and Syria. Iraq expert Hisham al-Hashimi said, about 30% of the military forces fighting for an ideal, while the rest joined forces for fear or duress.

A large warrior IS is not Iraq or Syria. Soufan Group recently estimated that more than 12,000 foreign workers from at least 80 countries, including 2,500 people from the western countries have gone to Syria, to join the army for 3 years.

The experts, IS recruit a large number of foreigners who joined the network, through those sympathetic to Islam, instead of them joining extremist organizations this.

IS warriors can access and use a large amount of small arms and heavy weapons, including trucks mounted with machine guns, rocket launchers, anti-aircraft guns and missile systems on land.

IS also seized tanks and armored vehicles from Syrian and Iraqi troops. The group is believed to supply weapons very flexible, which ensures the supply of ammunition and small arms for the militants. Quite strong firepower helped the group gain the position of the Kurds in northern Iraq.

According to incomplete estimates, IS has 20 tanks, hundreds of truck mounted machine guns, a couple of Black Hawk helicopters, 15 patrol boats on the river.

To cope with IS, the United States has mobilized a terrible weapons with the help of five Arab countries. In this air campaign, in addition to the fighters, unmanned aircraft, the first American to deploy stealth fighter F-22. 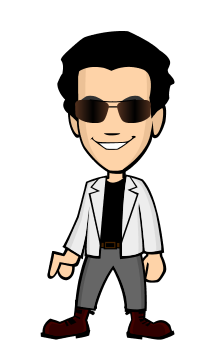 Panama Papers could Add to Outrage in US Presidential Race

TEMPO.CO, Austin, Texas- The revelations in the Panama Papers could add to the populist outrage in t…

SOURCE toptenz.net Our political system seems to be at a crossroads with insurgents, particularly fr…

All 12 Presidents Of Pakistan's