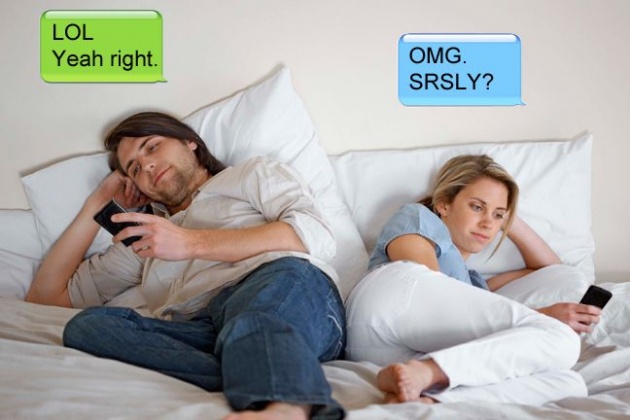 They say technology is bridging the gap, they are making the world more connected but is it so, is technology really narrowing the gap or broadening it.

Few years back when there was no television, no mobiles, no internet and no computers, children used to play out together, people used to gossip with each other, a son could spend much time with their parents, talking about their problems, a man could spend more time with family and friends, a woman could pay attention to her family, but with the emerging of internet and mobile phones, computers, people stopped spending time with each other, they are getting more addicted in gadgets.

I even know a family, who speaks within themselves with gadgets mostly, like watsuping her son to go to school, on the other hand husband watssuping her wife good bye before leaving for office, even nowadays sentiments and emotion are communicated via gadgets, like a smilly, rolling eyes, anger on the other hand if you ask them to smile, they will think a bit, maybe they forgot how to smile, how to potray emotions.

I feel if this gadget storm continues then its very near that the world will see a human race devoid of feeling and emotions, then we no longer will be humans we will be machines.

WHAT IS SUCCESS AND PATH WAYS TO SUCCESS

SUCCESS IS A TERM COVERING ALL SORTS OF ACHIEVEMENT IN LIFE. IT MEANS ACCOMPLISHMENT OF ALL SORT AN …

(Image Sources 1, 2) Now you can be a fairytale Queen and ask the mirror HOW to be the fairest of t…